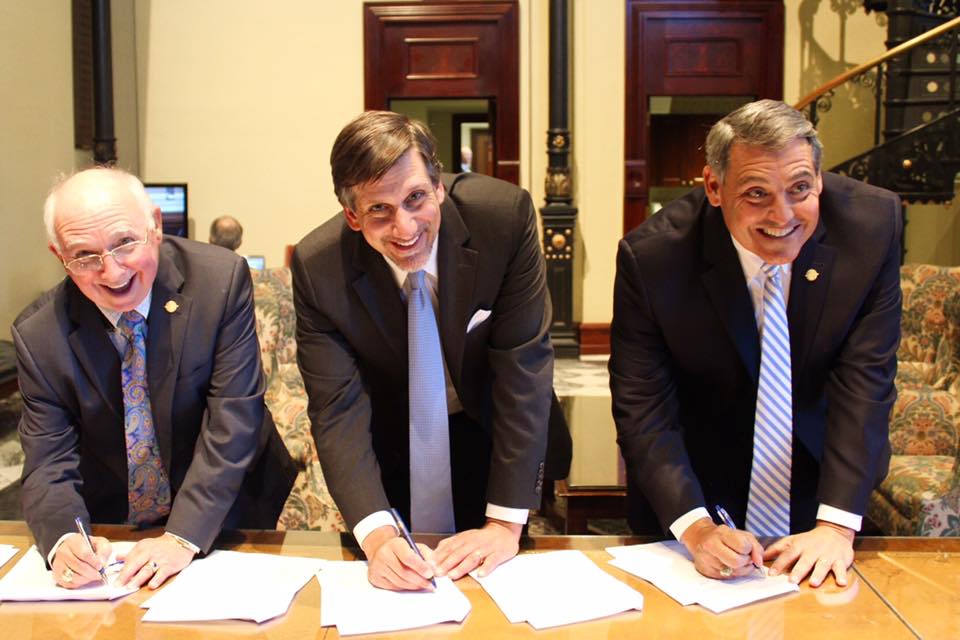 A year is an eternity in politics.  Especially in a state like South Carolina, where people aren’t especially … um … mindful.

Three years?  That might as well be prehistory.  Eons ago.  In most cases, something that happened three years ago in the Palmetto State might as well have never happened at all.

Having said that, certain trend lines cannot be ignored … and certain raw data is potent enough to create root underpinnings which in turn lead to the establishment of conventional wisdom.

That’s the sort of situation currently confronting S.C. Senator Vincent Sheheen (above, center) – albeit not in a good way.  A liberal Democrat who ran unsuccessfully for governor in 2010 and 2014, Sheheen has been a member of the State Senate for the past thirteen years.

How overwhelmingly?  Trump thrashed Hillary Clinton in Sheheen’s district by an astounding 59-38 percent margin – a dramatic swing from the 55-44 percent margin posted by former GOP nominee Mitt Romney back in 2012.

Again … a lot can happen over the span of the next three years, but those numbers are pretty seismic.  In fact they have “Republican” party officials salivating over the opportunity to flip this seat from blue to red in 2020.

Not only that, already have a dream candidate in mind: Rick Reames, the former director of the S.C. Department of Revenue (SCDOR). 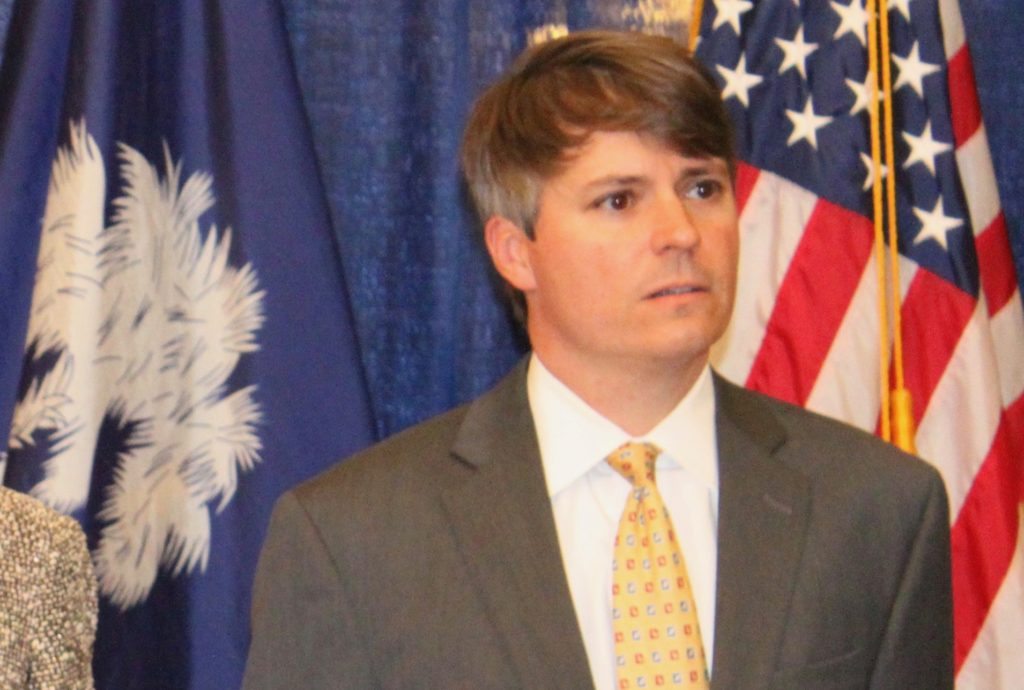 As this website has previously noted, Reames (above) did a lot of good during his tenure as the state’s top tax man.  Not only did he move swiftly to protect taxpayers in the aftermath of the #SCHacked debacle – a major data breach that occurred prior to his hiring – but he also made it a point to aggressively target municipalities that were breaking state tax law.

In fact he took on some entrenched, powerful local politicians and institutions as a part of that fight.

Reames also helped preserve a fledging parental choice program that was thrust under the auspices of his agency – and has remained active in the fight for expanded school choice since leaving his government gig.

Reames and his family left Columbia not long ago for Camden, S.C. – landing smack dab in the middle of Sheheen’s district.  Not surprisingly, that move has prompted considerable speculation as to his political future.

An attorney, Reames has consistently downplayed such talk – but numbers like these are going to make it increasingly difficult for him to keep doing so in the future.

Bottom line?  The GOP has a district they think they can win – and an ideal candidate to help them win it.