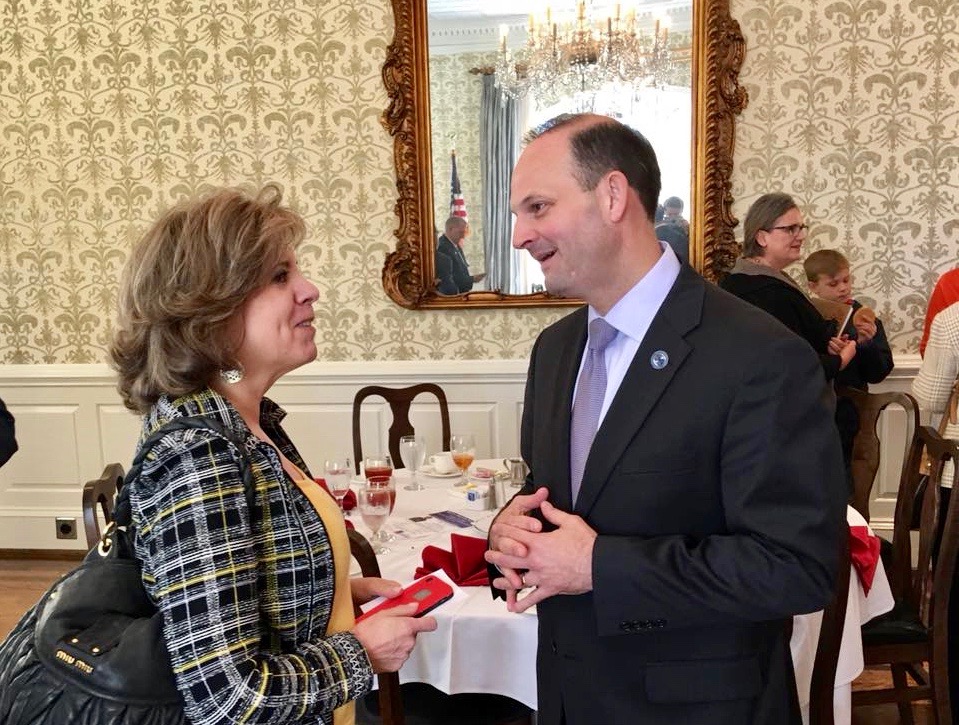 Greenville, South Carolina attorney William Herlong filed paperwork to run against incumbent “Republican” attorney general Alan Wilson (above) several months ago … but his campaign has been effectively dormant ever since.

As Wilson’s proximity to the ongoing #ProbeGate investigation jumped to a higher energy level, Herlong revived his candidacy.

On Wednesday, Herlong announced he was running for attorney general – indicating his formal announcement was planned for January.  As we noted in our prior coverage, Herlong’s candidacy is considered credible because of his extensive experience and ability to self-fund.

“The first antidote to corruption is a new AG who is dead-level serious about challenging the status quo and prosecuting malfeasance, regardless of title or influence, and who has the ability and the WILL to make that happen,” Herlong said in a statement signaling his intentions.

Yesterday, Herlong took things up a notch by calling on Wilson to resign his office.  In a release from his newly re-launched campaign, he said this week’s seismic developments related to #ProbeGate made it “clear the attorney general must go.”

“Alan Wilson has failed all of us,” Herlong said.  “His office has created a culture of corruption that has only added to more ethical missteps by his political friends and cronies.  It is time for Alan to resign his office immediately and for the rest of us to begin to try and restore the public trust in state government.”

In previous court appearances, Pascoe accused Richard Quinn’s empire of having “tentacles” that included the attorney general’s office, which has been held by a client of Quinn’s firm since January 1995.

Wilson severed ties with Quinn’s firm earlier this year, although he still employs the veteran consultant’s daughter as a bookkeeper on his campaign.

What does Wilson’s campaign think of Herlong’s challenge?  Not much …

“This is absurd political theatrics in its worst form,” Wilson’s campaign spokesman Mark Knoop said.  “Mr. Herlong is a liberal trial attorney who’s being loose with facts and is too quick to run with baseless innuendo and conjecture. It is offensive that Herlong would impugn the integrity of the men and women he says he wants to lead. The Attorney General’s office is held to a higher standard than that.”

Herlong isn’t the only one gunning for Wilson’s job.

State representative Todd Atwater of Lexington, S.C. has announced his intention to challenge the second-term incumbent, although as we’ve pointed out the fiscally liberal “Republican” lawmaker has a host of ethical issues himself.

Wilson’s once-promising political career essentially imploded last spring when he meddled with#ProbeGate, and this year’s steady escalation of the investigation has garnered him additional rounds of negative press.

Your Tax Data: It’s Been Around The World