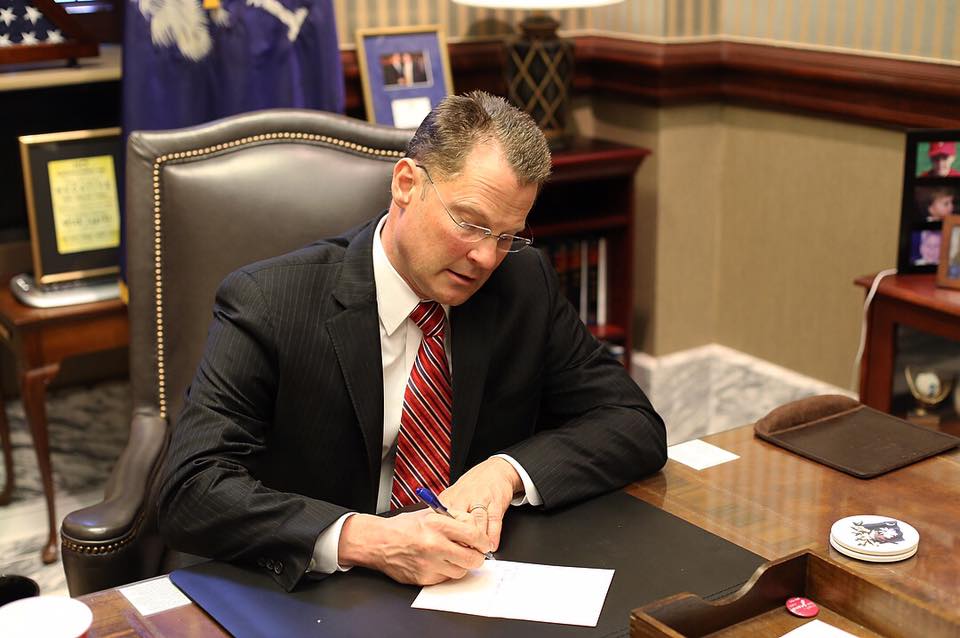 South Carolina lieutenant governor Kevin Bryant doesn’t believe the citizens of the Palmetto State are safe from the threat of radical Islamic terrorism.  Accordingly, he wants lawmakers to pass immigration reforms similar to those being advanced at the federal level by U.S. president Donald Trump.

In a fundraising message sent to his supporters this week, Bryant asked the following question: “Are we safe?”

“I agree with President Trump that our policy on immigrants and refugees from any country with ties to terrorism should be exceedingly stringent and restrictive,” Bryant wrote in the message. “This is why I pleaded with Governor Nikki Haley back in 2015 to reject potential terrorists from entering our communities.”

Haley – who has long been part of the globalist open borders crowd – didn’t listen.  In fact, the former governor’s scandal-scarred S.C. Department of Social Services (SCDSS) actually subsidized several controversial “faith-based” refugee resettlements – even though it was expressly enjoined from doing so by state lawmakers.

Senators passed a bill championed by Bryant that would have put a stop to these resettlements, but it was bottled up by Haley’s supporters in the S.C. House of Representatives.

Bryant says a pair of recent terror attacks in New York have revived the urgency associated with this issue, adding that it’s time to “stop the left from allowing terrorists to freely come into our county.”

“We must stop cowering in the face of terror and liberals and work to actually protect our citizens,” Bryant said. “To our friends on the left who argue this is un-American, I say that opening our borders to those who have sworn to infiltrate our current immigration and refugee programs for the sole purpose of murdering our citizens is un-American.”

This news site has never breathed fire on the issue of immigration – especially at the state level – but it’s clear that permitting unvetted immigrants to enter the country is a recipe for disaster.  Also this issue isn’t just about security.  As we’ve repeatedly pointed out, America’s lifeboat is full.

Obviously national security and immigration policy are federal issues, meaning there’s precious little states can do to impact the debate.  However, we agree state funding should never be used on refugee resettlements that will only create long-term obligations for South Carolina taxpayers.