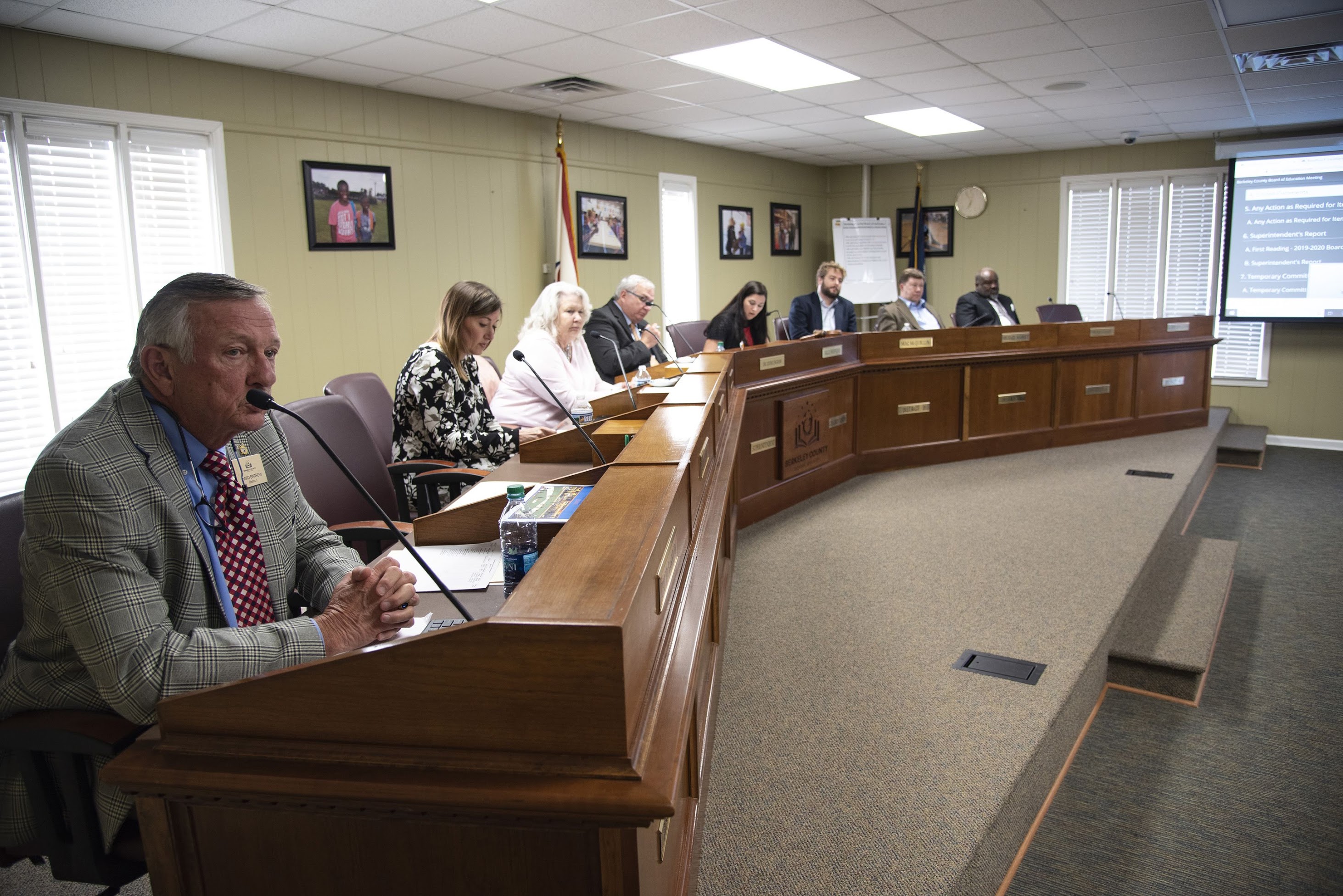 Thousands of neon yellow leaflets were distributed in Berkeley County, South Carolina over the weekend as a new grassroots group challenged ongoing corruption within the local school district.

The group – “Fighting Berkeley Corruption” – plastered local neighborhoods across the county with several thousand of the leaflets, according to its organizers.

“County and school actions are as clear as a murky swamp after a storm,” the leaflet alleged, taking aim at several recent anti-transparent moves by district leaders.

What is driving this organic outrage?

In late May of this year, our news outlet published the first of several reports related to this district and its new “leaders,” many of whom appear to be opportunistically exploiting a recent scandal for their own financial advantage.

For those of you unfamiliar with the saga, Berkeley’s former chief financial officer – Brantley Thomas – was recently sentenced to more than sixteen years in federal and state prison for embezzling millions of dollars from the district over several years.

The school district’s attorney – Berkeley county councilman Josh Whitley – has been leading efforts to recoup some of this money (efforts we support, incidentally).

However, Whitley has come under fire for an alleged quid pro quo related to the district’s decision to hire his law firm – and for the exorbitant payments his firm is receiving. Now, Whitley is facing withering criticism for trying to stonewall those seeking information about his activities.

To recap: In the run-up to the 2016 school board elections, Whitley endorsed and financially supported multiple candidates for Berkeley’s school board – which includes his former law partner and close friend, Mac McQuillin, as a member.

Conveniently, McQuillin is the attorney for Berkeley county council (talk about backscratching).

Anyway, days after the 2016 election these board members voted to fire their old law firm and give their legal business to Whitley’s law firm, Smyth Whitley. In fact, as we reported last month, transparency records reveal the district has paid Whitley’s firm a staggering $550,000 since December 2016.

“(We) are very concerned that in attempting to recover from one fleecing Berkeley County taxpayers may be subjecting themselves to another,” we wrote in late May.

We are not alone in our concerns, either …

The district’s response? Whitley (above) sent Fernandez a letter telling him he would have to pay more than $46,000 if he wanted the district to turn over these documents.

“Berkeley County should never demand the cost of a new car for access to public information,” Fernandez told us.

This news outlet has had serious problems in the past getting information from this school district, which apparently thinks it is above the law when it comes to providing public documents to the taxpayers. Not surprisingly, this ongoing failure is being seized upon by the “Fighting Berkeley Corruption” group.

“Transparency should be the cornerstone of every government at every level,” the group’s leaders wrote on their Facebook page. “Citizens have reasonably requested documentation related to legal fees of the Berkeley County school district. To prevent further confusion, misinformation, or questions the school district should produce the documents requested. The citizens deserve answers!”

We would call on the Berkeley County school district to immediately disclose the information that has been requested under FOIA – and to do so at no charge to local taxpayers. The longer they wait to do so, the more obvious it becomes that they have something to hide.