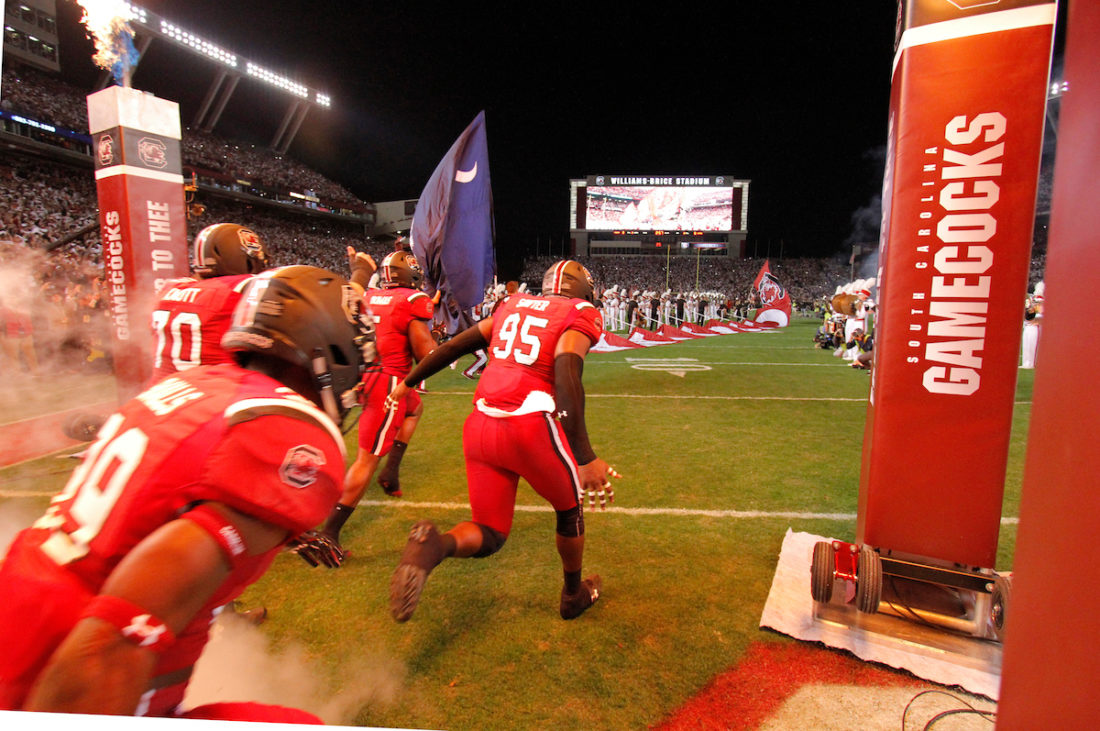 The University of South Carolina football team has fired Kurt Roper, its co-offensive coordinator and top play-caller.  News of Roper’s firing was announced on Wednesday by head coach Will Muschamp.

“After much deliberation, I have decided to go in a different direction with the offensive coordinator position on our football team,” said Muschamp. “We appreciate Kurt’s contributions to our program and to the University and wish him all the best.”

According to a release from the school, co-offensive coordinator and wide receivers coach Bryan McClendon will coordinate the Gamecocks’ offense and call plays during the 2018 Outback Bowl game versus Michigan on January 1.  Muschamp said he has no plans to name a permanent replacement for Roper until after the bowl game.

He encountered little success in either position.

The Gamecock offense – which was supposed to be the team’s strength this year – totally underwhelmed.  South Carolina ranked No. 108 this season in total offense and N0. 98 in scoring offense.  That’s only marginally better than last season, which saw Roper’s unit rank as the very worst in the nation at the midway point of the season.

Things improved marginally after true freshman Jake Bentley took over as quarterback, but the Gamecocks simply couldn’t take the next step in 2017 – Bentley’s first full year under center.

Part of South Carolina’s lingering offensive woes can obviously be attributed to injuries.  All-purpose weapon Deebo Samuel missed the final nine games of the season after suffering a broken fibula in the Gamecocks’ loss to Kentucky on September 16.  Meanwhile the team’s leading running back in 2016 – Rico Dowdle – missed the final five games of the season after fracturing his fibula during the first quarter of South Carolina’s victory over Tennessee on October 14.

Several of the Gamecocks’ top offensive linemen missed extended time during the season due to injuries as well.

No word yet on where South Carolina will turn as it seeks a replacement for Roper.  Obviously McClendon will have an audition against Michigan – a stout defensive squad which ranked No. 3 nationally in total defense and No. 14 nationally in scoring defense this season.

Our view?  This is the biggest decision Muschamp will make as South Carolina’s head coach.

It will, quite simply, determine whether the Gamecocks can duplicate/ surpass the success they enjoyed from 2010-2013 under former head coach Steve Spurrier.

If the Gamecocks can get their offense on track, they should have no trouble returning to national prominence.  If not, expect this year’s 8-4 record to be the high-water mark of the Muschamp era.

The Future Of Five Points