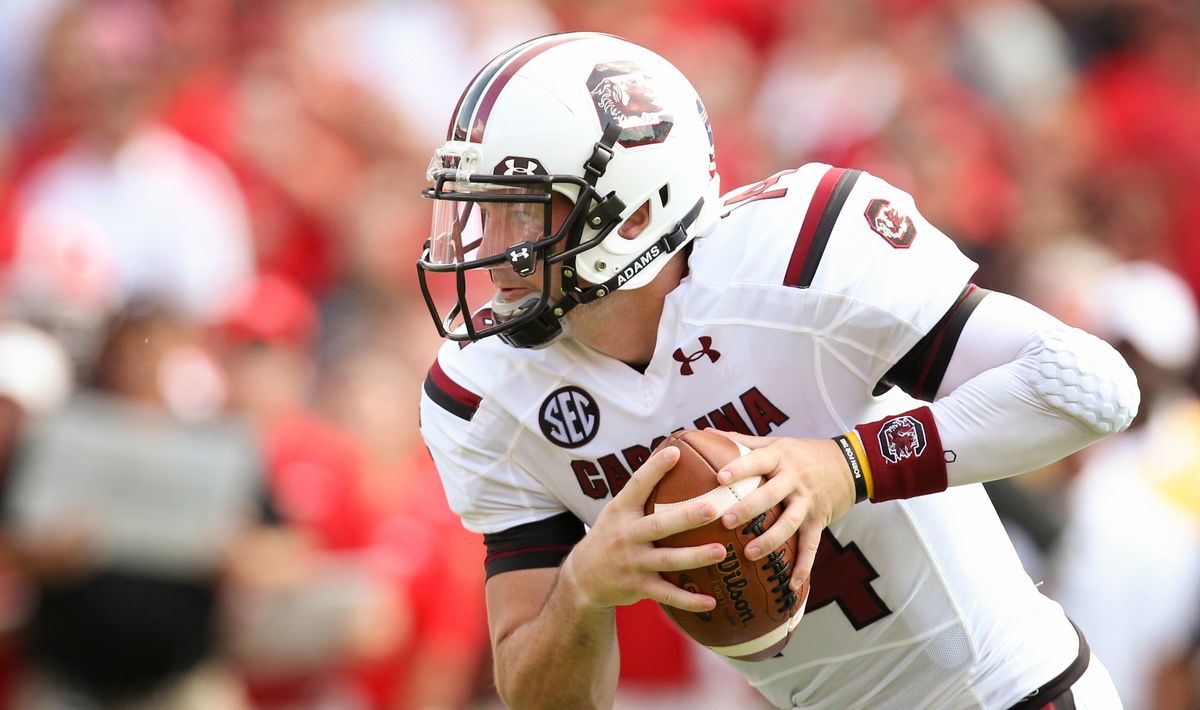 University of South Carolina starting quarterback Connor Shaw sprained his right throwing shoulder on the Gamecocks’ first drive of Saturday’s game against Central Florida. He will miss up to three weeks with the injury.

Shaw – who fumbled on the same play he was hurt – was hit by a UCF defender and fell awkwardly into the turf at BH Networks stadium. He was immediately taken to the locker room for evaluation and did not return to the game.

If the outlook for Shaw holds, he would miss next Saturday’s home game against Kentucky as well as South Carolina’s Oct. 12 matchup against Arkansas on the road – and possibly an Oct. 19 tilt on the road against Tennesseee.

Backup quarterback Dylan Thompson took over for Shaw – as he did a year ago when the Gamecock starter suffered a shoulder injury in South Carolina’s season-opening win over Vanderbilt.

A 6-foot-1, 209-pound senior from Flowery Branch, Georgia, Shaw entered the game with 661 yards and six touchdowns this season – as well as 202 rushing yards.

Dylan played a great 2nd half!

Carolina looks like a High School team at times. They are being flooded with to many signals from the bench or have a very short attention span.

For those keeping up with Clowney’s excuses:

I’m seeing a pattern, I wonder if Spurrier will make everyone but Clowney practice barefoot this week?

They have no business being ranked as high as they are.

Maybe twentieth or so.

Not going to miss that stupid dance Shaw and Thompson do when they score a touchdown. Idiots!

Lorenzo Ward is a genius. He can take 11 defensive players and make them appear to be 8.

While I am grateful for the win……

That was the UGLIEST ball game I have ever seen! Even my saintly 91 year old mother, who makes the cheerleaders look bored, was embarrassed by the defense.

I’m telling you, the number of heart attacks this week can be directly traced to this game.

Just watched The Steve Spurrier Show, (11:30 am Sunday morning). When is that taped? Was HBC toasted?

Several people have mentioned that. Either he had a mild stroke or emptied the liquor cabinet on the flight home. I’m starting to think that the ol’ ballsack has had enough of Carolina football. I think he’s realized that SC is going to be more like Duke than Florida when it comes to football. Spending everyday on the golf course is looking more appealing to Steve-o. Maybe he’ll retire in Texas or Southern Cal.

At the rate he’s going Clowney should be damn near his death bed after the Ass Whoopin that Dabo and Co. will put on y’all’s sorry ass in November!

Btw. Before we arrive do you think y’all could clean that shit hole up some? I think all the trees planted across the street was a nice touch………but do you think CPD could get the homeless to at least not push their shopping carts in front the stadium on game days?

USC offense operates better when it has a true quarterback under center. The running backs know they will carry the ball much as the receivers know they will actually have balls thrown to them as opposed to just looking to block players much bigger than them. The team’s timing seems to be better and looks much sharper.

This dude get’s hurt more than Doo Doo does!