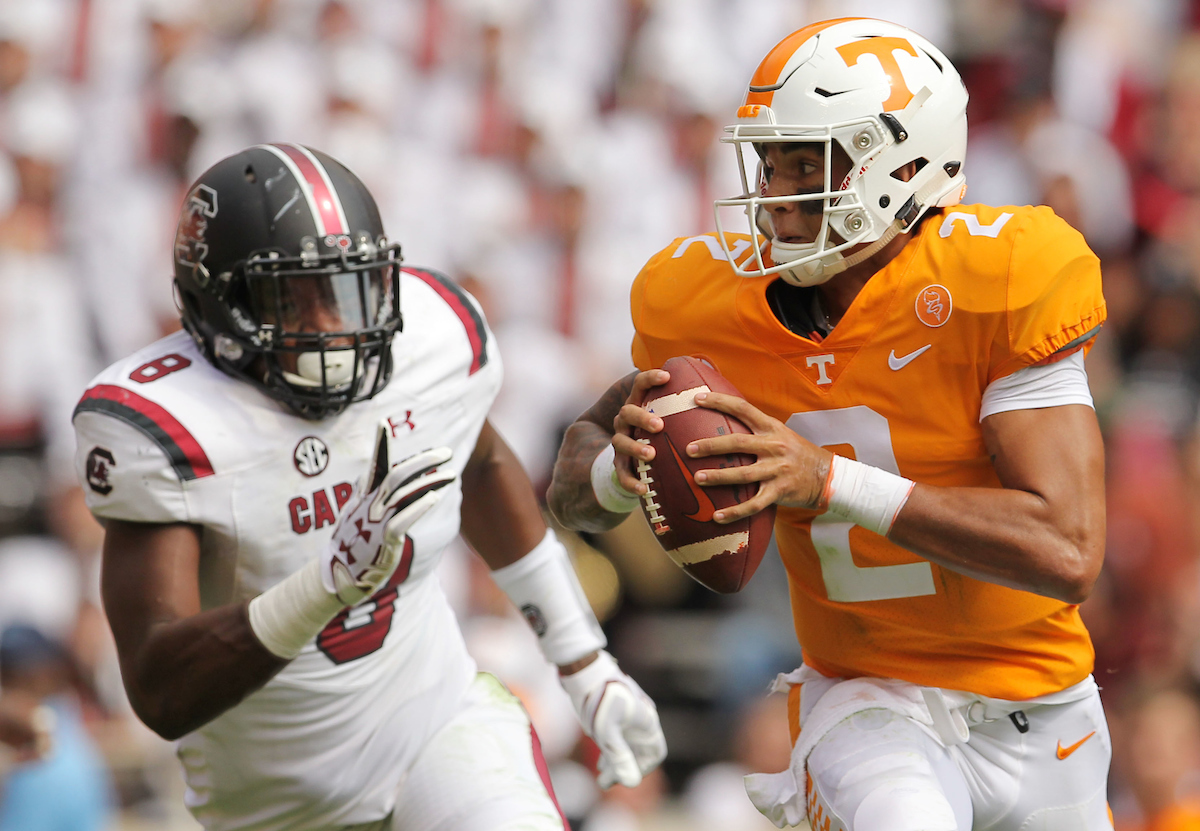 A bobbled extra point snap.  A horribly busted coverage at the worst possible moment in the game.  A clock operator who attempted to suspend time and space on behalf of the home team.

The University of South Carolina football team overcame a slew of miscues and obstacles to win just its third game ever on Rocky Top – defeating Tennessee at Neyland Stadium 15-9 on Saturday.

The Gamecock victory could mark the end of the Butch Jones era in Knoxville, as the fifth-year head coach’s hot seat has now become positively scorching.

Will Jones survive the weekend?

We shall see … but the reaction from Vol Nation to another 0-3 conference start has been violently negative.

South Carolina (5-2, 3-2 SEC) survived, though … overcoming an absolutely atrocious first half of football (on offense, anyway) to claim a critical come-from-behind win over struggling Tennessee (3-3, 0-3 SEC).

The win was head coach Will Muschamp’s second in a row over the Volunteers, who started strong but fell apart in the second half on both sides of the football – a collapse irate Tennessee fans are hanging squarely on the head of Jones (who had two weeks to prepare his squad for South Carolina).  Prior to the final drive of the game, Tennessee’s offense had mustered only nine yards in the second stanza under the leadership of redshirt freshman quarterback Jarrett Guaratano.

Guaratano finished the game – his first career start – completing 11 of 18 passes for 133 yards.

Meanwhile the Gamecocks – whose lack of a running game has put loads of pressure on sophomore quarterback Jake Bentley – pounded out a season-high 194 yards on the ground against the Volunteers.

Redshirt sophomore running back A.J. Turner led the way with 86 yards on fourteen carries – including a 20-yard touchdown run that should have served as the go-ahead score with just over a minute left in the third quarter.  Unfortunately for Gamecock fans, a bobbled snap on the ensuing point after forced a failed two-point conversion attempt – leaving the score knotted at 9-9. 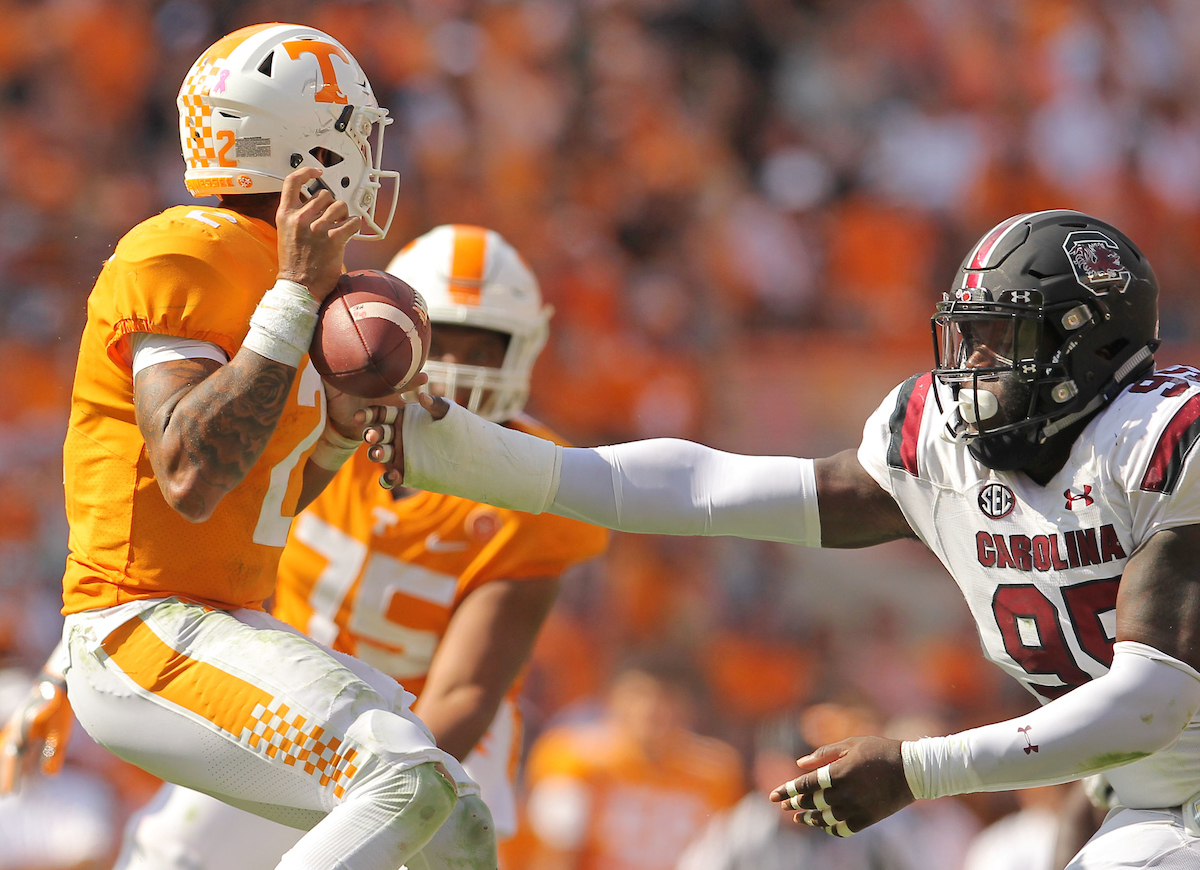 All of it very nearly went to waste, though …

On a first-and-ten play with 41 seconds on the clock, Guaratano threw a 39-yard strike to wide open wide receiver Brandon Johnson that put the Volunteers in position for a potential game-winning touchdown.  The play was made possible by a horribly busted coverage on the part of the Gamecock secondary – which was supposed to be playing prevent defense against the deep ball.

Two plays later, a pass interference penalty on Gamecock defensive back Rashad Fenton gave Tennessee a first-and-goal from the two-yard line with nine seconds remaining in the game.

That’s when the clock operator at Neyland Stadium got involved …

Tennessee wound up getting three cracks at the end zone thanks to their “home field advantage” – a timekeeper who clearly wanted to give Jones one last shot to save his job.

Those efforts went to naught.  Guaratano misfired on three straight pass attempts into the end zone – one ball which was deflected at the line of scrimmage, one which sailed harmlessly out of the back of the end zone and a third pass which was well-defended by Gamecock cornerback Chris Lammons.

Astoundingly, Tennessee – one a perennial national championship contender – has gotten off to 0-3 starts in five of the last eight seasons.