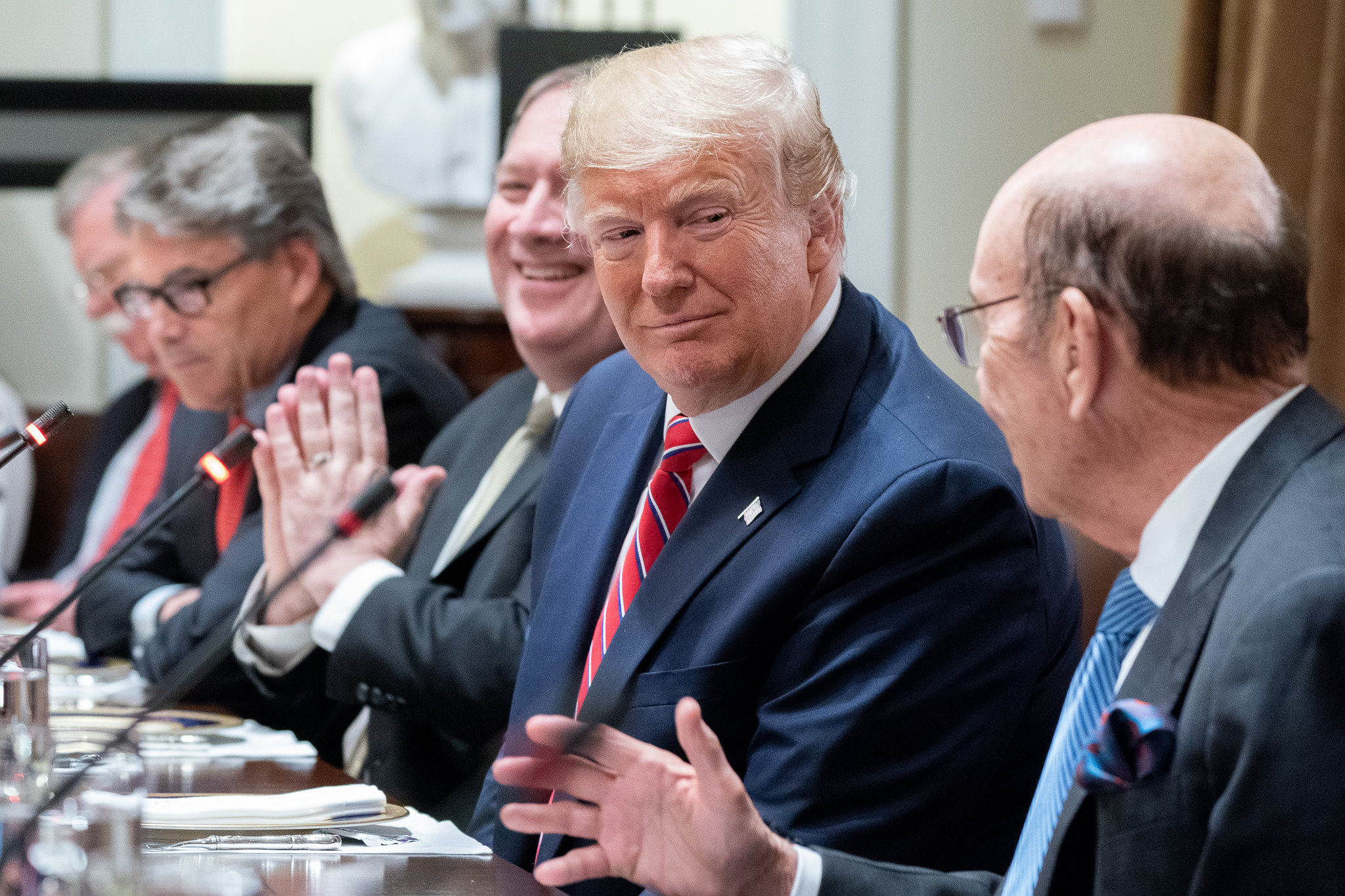 U.S. president Donald Trump threw out the word “treason” in the aftermath of a seismic report published by The New York Times over the weekend alleging that America had stepped up cyber attacks against the Russian energy grid.

“This is a virtual act of treason by a once great paper so desperate for a story, any story, even if bad for our country,” Trump tweeted.

Seemingly as an afterthought, Trump denied the report – which the Times later said had been cleared by intelligence officials within his administration.

According to the report, filed by David Sanger and Nicole Perlroth, the U.S. Department of Defense’s cyber command has been putting “reconnaissance probes into the control systems of the Russian electric grid” since 2012.

“But now the American strategy has shifted more toward offense, officials say, with the placement of potentially crippling malware inside the Russian system at a depth and with an aggressiveness that had never been tried before,” Sanger and Perlroth reported. “It is intended partly as a warning, and partly to be poised to conduct cyberstrikes if a major conflict broke out between Washington and Moscow.”

“It has gotten far, far more aggressive over the past year,” one intelligence official told the paper. “We are doing things at a scale that we never contemplated a few years ago.”

Adding a layer of intrigue to the report? It was published just days after U.S. national security advisor John Bolton – a warmonger of the first order – issued an explicit threat to “Russia, or anybody else that’s engaged in cyber operations against us.”

“You will pay a price,” Bolton warned.

Bolton added that the U.S. government was not content merely to defend against alleged Russian meddling in American elections, but was actively taking the cyber fight to it enemies.

“We’re now opening the aperture, broadening the areas we’re prepared to act in,” he said.

Coincidence? We don’t think so …

Needless to say, the Times didn’t like being accused of treason.

“Accusing the press of treason is dangerous,” a tweet from the paper fired back at Trump. “We described the article to the government before publication. As our story notes, President Trump’s own national security officials said there were no concerns.”

This is where it gets interesting, though …

In addition to the bombshell revelations, the Times report indicated Trump had not been fully briefed on the escalation. In fact, it went a step further and indicated some of these new “aggressive” cyber measures against Russia may have been deliberately concealed from the White House.

“Pentagon and intelligence officials described broad hesitation to go into detail with Mr. Trump about operations against Russia for concern over his reaction – and the possibility that he might countermand it or discuss it with foreign officials,” Sanger and Perlroth reported.

If the word “treason” is going to be bandied about connection with this saga, we believe we have now come upon the appropriate application.

If this report is true, it is treason. Not just that an operation of this nature was undertaken (and somehow leaked to the press), but that it was undertaken without the knowledge of the commander-in-chief of the U.S. Armed Forces. And may have in fact been expressly concealed from him.

Like him or not (and we could take him or leave him at this point), Trump is constitutionally responsible for providing civilian oversight of our military and intelligence capabilities until January 2021.

Which means this sort of thing gets run through him …

At the very least, this is the sort of glaring intelligence oversight that should cost many, many people (including Bolton) their jobs.

If the Times report is accurate, treason has indeed occurred here. But Trump is wrong in hurling that allegation at the paper. Instead, he needs to focus it on the officials within his own administration needlessly provoking the Russian bear (and keeping him in the dark about it).