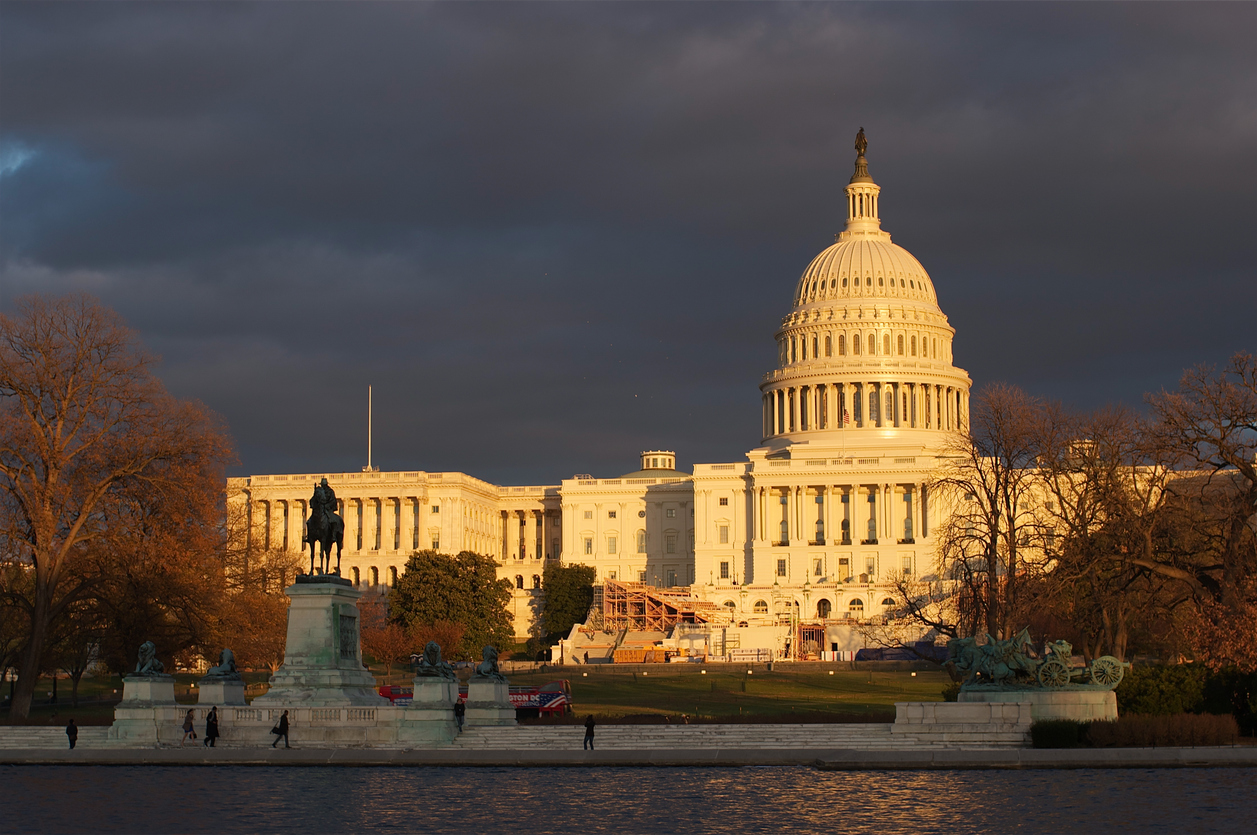 With only two votes to spare, the United States Senate passed a massive tax “reform” bill over the weekend that aims to fundamentally overhaul the American tax code and stimulate economic growth.

Will it do either of those things?  Who knows.  It’s not going to do anything unless it gets passed, though … and even if it does get passed there are considerable questions as to whether it will provide a badly fractured ruling “Republican” party with anything resembling a real victory.

The bill that advanced by a 51-49 vote in the Senate is considerably different than the one which cleared the GOP-controlled U.S. House of Representatives last month.  As a result, a conference committee will be convened to iron out the differences between the competing plans.

What are those differences?  Good question …

“Republicans” have managed to take what should have been a remarkably simple process and turned it into a confusing cluster.  Perhaps even more disappointingly, they have failed to provide a framework that cuts everyone’s taxes – handing an invaluable talking point to their Democratic co-conspirators … err, “counterparts.”

Also, the competing GOP proposals would see the vast majority of relief accrue to the benefit of uber-wealthy Americans and large corporations – apparently under the assumption that the benefits provided to the elites will somehow “trickle down” to the rest of us.

To be clear: We have no problem with wealthy Americans and big businesses receiving tax breaks.  America’s corporate tax in particular is far too high and serves as deterrent to job creation and investment.  Also, we think some of those super-rich citizens receiving tax cuts will use their good fortune to expand prosperity and opportunity for those not quite so fortunate.

Our problem?  Relief to middle class taxpayers is simple not as sizable or as broadly distributed as it needs to be if the goal of tax relief is to stimulate the consumer economy.  Also, tax cuts for “the rest of us” (or at least the percentage of the “rest of us” who will actually receive them) are temporary.  The corporate tax cuts envisioned in both House and Senate plans are permanent.

That’s a terrible message to send to the vast majority of American employers.

Why shouldn’t they receive the same tax benefits as the big corporations? 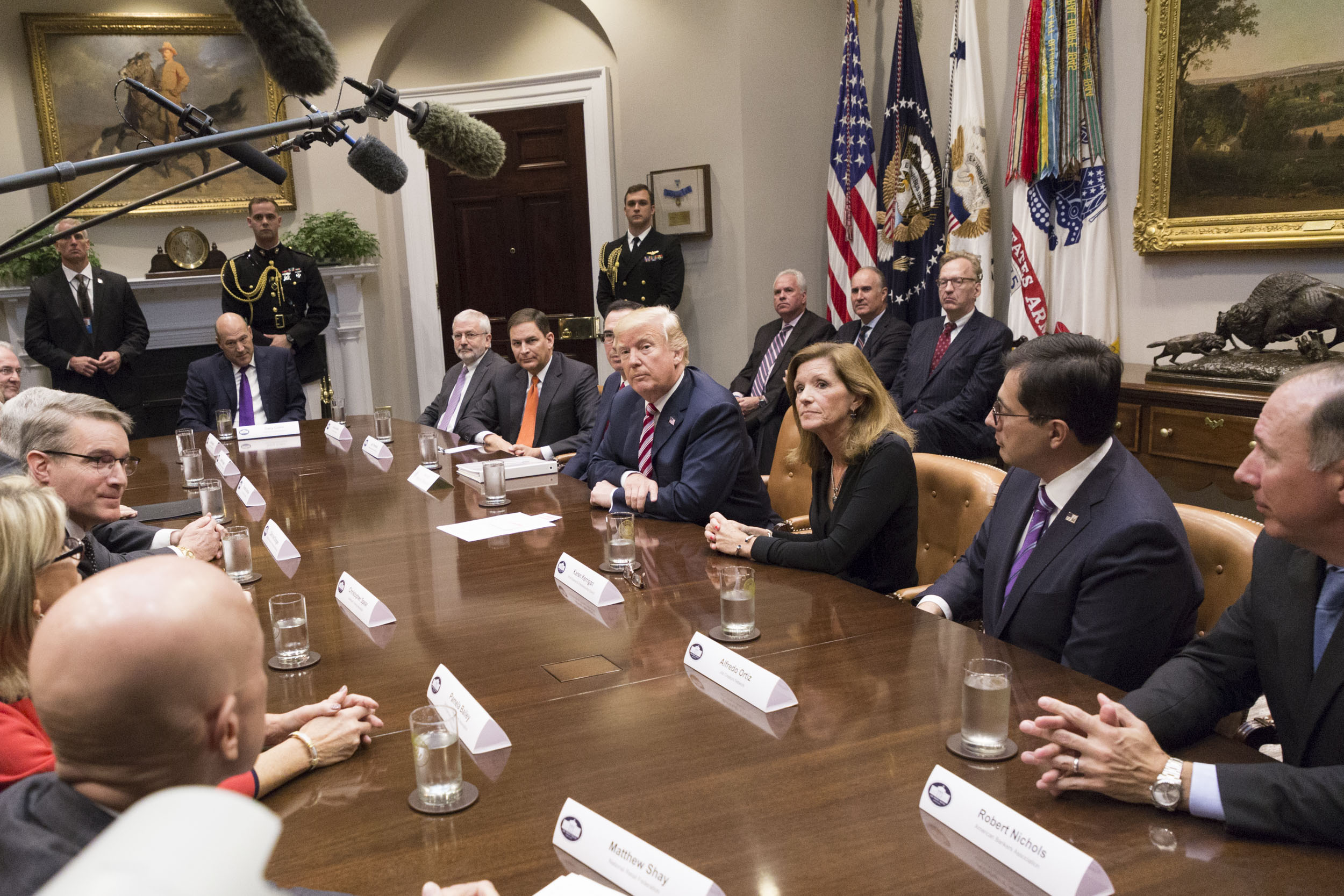 Compounding this fundamental equality problem, the competing GOP tax plans fail to incorporate budget reductions championed by U.S. president Donald Trump (above) – who campaigned in 2016 on the idea of putting the “limited” back into “limited government.”  Trump’s budget cuts are conspicuously absent from both the House and Senate plans, a major flaw which not only perpetuates the unsustainable D.C. behemoth … but limits the amount of available relief in this tax plan.

“The solution of course is to simply present a bill that cuts everyone’s taxes no matter how much they make,” noted Robert Romano of Americans for Limited Government (GetLiberty.org).

Romano also noted that “there is an opportunity via spending cuts for far deeper rate reductions to ensure everyone’s taxes are cut.”

He’s absolutely right.  Unfortunately, “Republicans” are choosing to continue fueling government growth at the expense of a genuine economic stimulus.

That is not what Trump campaigned on, and frankly we’re disappointed he has lent his imprimatur to this flawed framework.  Hopefully Trump will continue pushing for deeper spending cuts and bigger tax relief for middle class families – who find themselves perpetually stretched between crony capitalist handouts on the one side and welfare state dependency on the other.

As we’ve stated innumerable times in the past, the center cannot hold.

Unfortunately, substantive change to the current iteration of this bill is unlikely given the wafer-thin margin with which it passed the upper chamber.

Do we oppose the GOP tax plan?  No.  We do not.  It will provide relief, just not enough of it – and just not where that relief is needed the most.

In fact a huge chunk of upper middle class income earners are likely to see their taxes increase over the duration of the plan given its extensive tinkering with a number of commonly claimed deductions.

Again, this is not what Trump campaigned on … nor is it what our economy needs to pull itself out of a decade-and-a-half of effective stagnation.

“Cut spending and target tax relief to those who need it most,” we wrote last month.  “That’s what the situation calls for.”

Unfortunately, that’s not what “Republicans” have done.

Again, we’re not opposing the legislation.  It’s modestly better than the status quo.  It’s just not what voters who put the GOP in charge of the White House and both chambers of Congress were hoping for.  Nor is it, in our minds, sufficient to revive our moribund consumer economy.