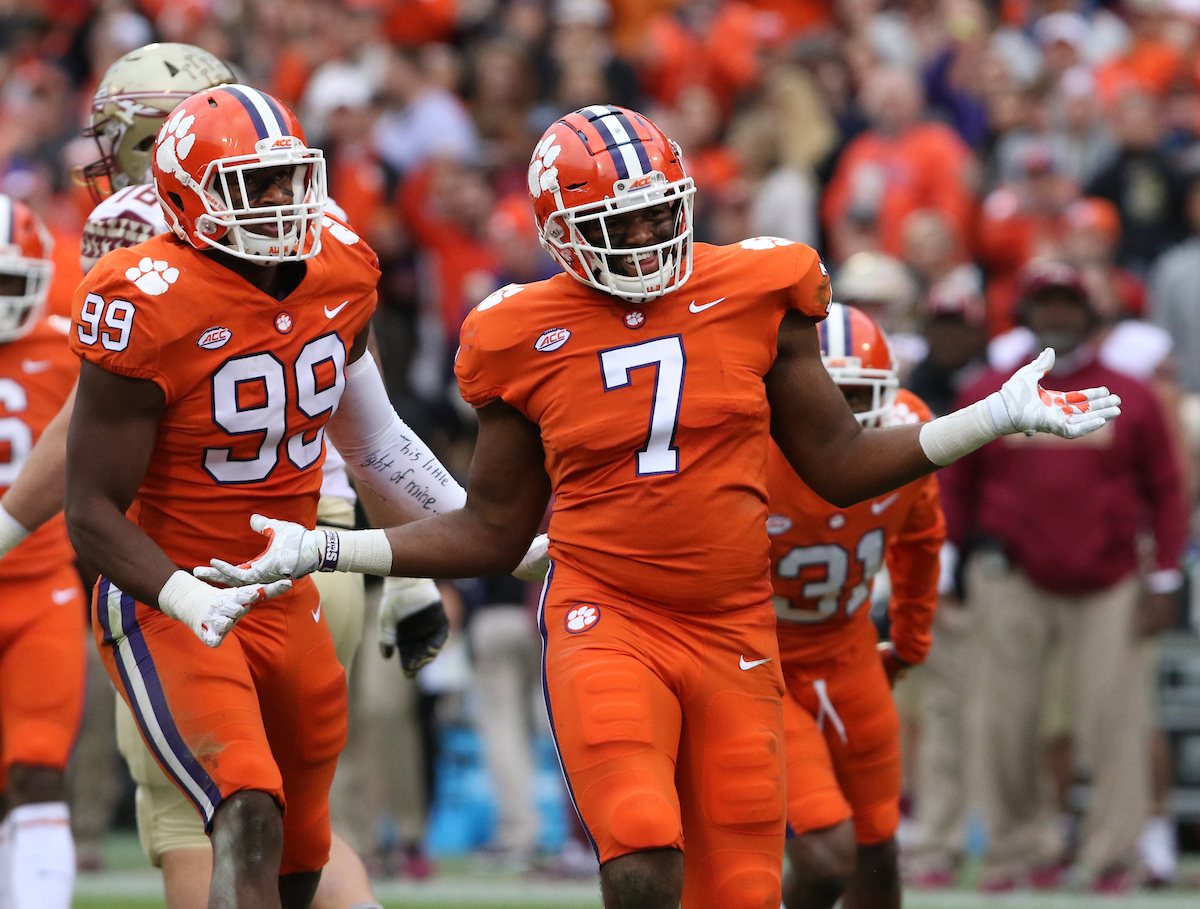 Welcome (back) to #FITSPicks!  It’s rivalry week, the final week of the 2017 regular season … and the next-to-last hurdle for the handful of teams currently chasing a berth in the fourth annual College Football Playoff (CFP).

One of those teams?  Clemson.

The defending national champions head to Columbia, South Carolina for their 115th match-up against in-state rival South Carolina.  After reeling off five straight victories over the Tigers from 2009-2013, the Gamecocks haven’t won this game since it was officially christened “The Palmetto Bowl” in 2014.

Can they break that streak today?  And snuff out their arch-rival’s championship hopes in the process?

For those of you new to our format, each weekend our experts have been offering up their predictions for both of the Palmetto State’s major college in-state matchups as well as three of the best Top 25 tilts on tap.  They’re graded in two areas: Whether they correctly pick the winner of each game, and whether they win against the spread.

Here’s how they’ve fared so far …

Pee Dee soothsayer Brant Branham continues to lead our overall standings, but both Liz Gunn and Woody Whitehurst have a chance to catch him as we prepare for conference championships, bowl games and of course, the playoffs.

Meanwhile our founding editor Will Folks continues to bring up the rear … meaning we should be able to replace him with a better prognosticator next season. 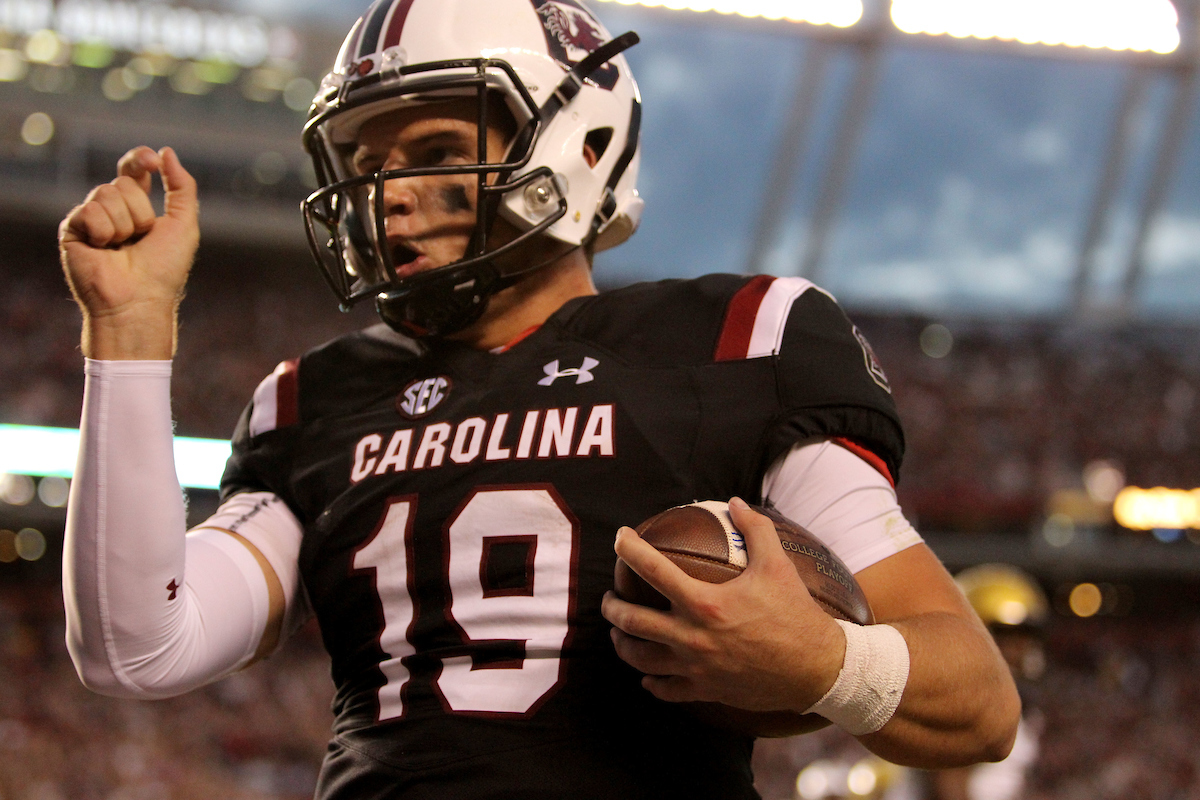 The Palmetto Bowl.  Schoolboys versus Plowboys.  Whatever you like to call it, this game is for the bragging rights in our beloved State.  We all know the records, personnel, strengths and weaknesses.

What intangibles will hold sway, though?  The Gamecocks have nothing to lose and everything to gain in this game, while the Tigers have lots to lose – but also everything to play for.  A win on Saturday in Columbia and another against Miami in the ACC title game will assure them of a opportunity to defend their national championship.

If both teams play their best game of the year, the Tigers win – but that kinda game rarely happens.

Carolina is vastly improved from last year, but overall Clemson is more talented and has more depth than the Gamecocks.  That talent and depth disparity leaves the Cocks with little room for error on Saturday.

The crowd will be on fire at Williams-Brice Stadium and I expect the hometown Gamecocks to play hard and inspired, but in the end if Clemson doesn’t help USC with turnovers and penalties I think they just have to much for Garnet and Black.  I’ll take the Tigers to win and cover.

I have such a love hate relationship with this game. Nothing but emotions driving my pick today – but I’m calling the upset!  Cocks in a very close one.  We have to play our best game, but I truly believe it can be done.  Willy B at night?  Against a beatable defending national champ?  Putting an end to your arch rival’s playoff hopes is nearly as good as being in the playoffs yourself (not really, but only one of those things is possible for us this season).  This is what college football fans live for.

There’s no question South Carolina is a better team this year, but I want to know just how much better they are.  Wins are wins, but playing Florida and Tennessee in a year when both have given up on their seasons and coaches is also extremely lucky.  Clemson is also a very different team this year without #4, but it seems like the defense will be as healthy for this game as it’s been in months.  I’m not sure that’s good news for the Gamecocks.

I really want to join Liz in picking the upset here but there’s just one thing stopping me: Clemson’s defense.  As I’ve said countless times in the past, the key to the Tigers’ reemergence as one of the nation’s preeminent football programs is defensive coordinator Brent Venables.  Despite losing top performers to the National Football League each year, Venables’ units never seem to miss a beat – and this year is no exception.  Clemson enters rivalry week ranked No. 7 nationally in total defense and No. 4 nationally against the run.

I agree with Woody: The Gamecocks are better than they were in 2016, but they’re just not good enough to consistently move the ball against Clemson’s defense.  In fact, my prediction actually envisions the Gamecocks getting a touchdown from their defensive unit. 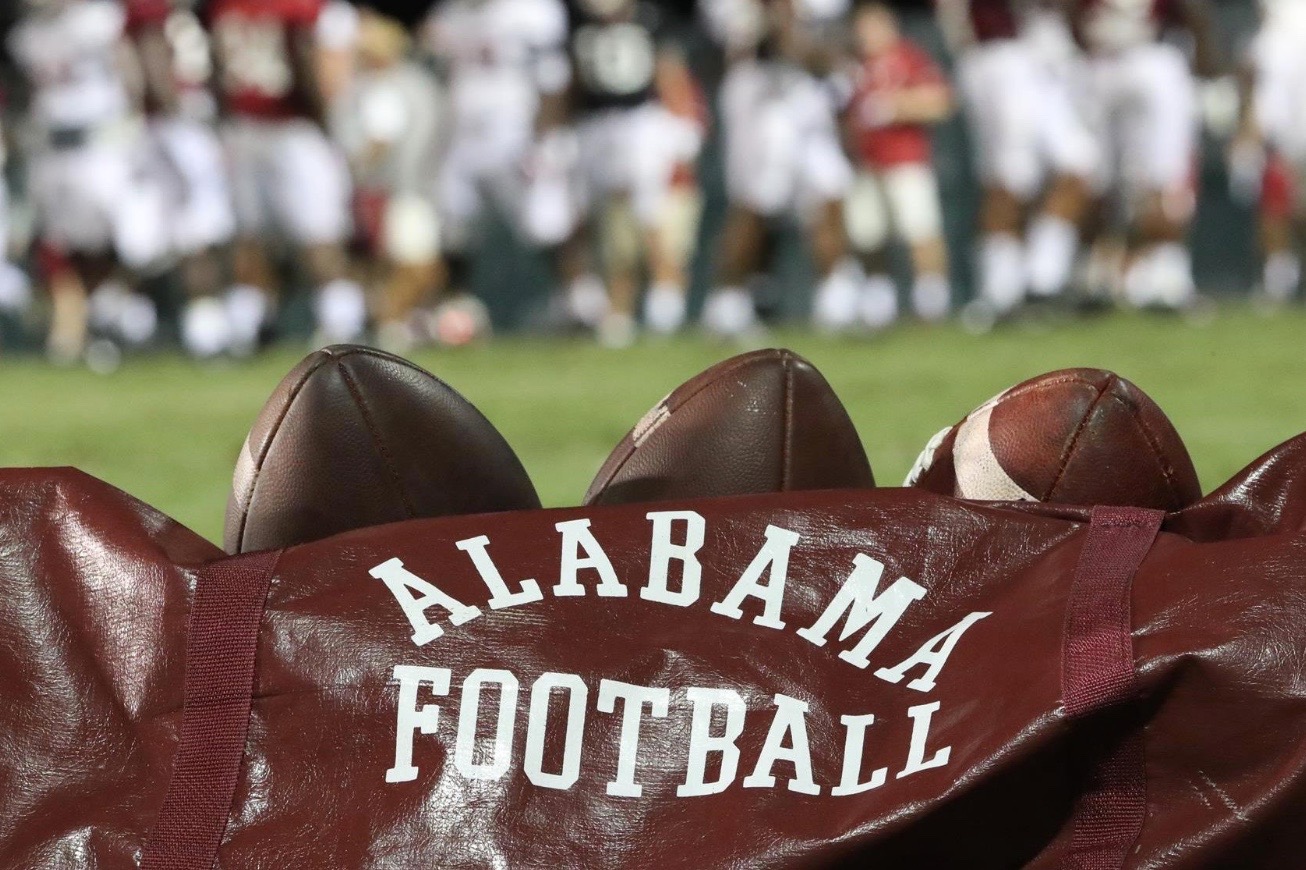 The Iron Bowl.  Rammer Jammer Yellow Hammer versus War Eagle.  The Tide versus The Tigers.  This is shaping up as a slugfest classic, with with lots of chips on the table for both teams.

Auburn is 9-2 and playing as good as any team in the country right now.  The Tide is 11-0 and ranked No. 1 nationally.  The winner of this game will face Georgia for the SEC Championship next weekend in Atlanta, and the winner of that game will surely be in the final four.

Both teams run the ball well and stop the run well. That could mean it’ll come down to which O-line can protect their quarterback and allow them to throw the ball effectively.

This is the 81st meeting of these two Dixie football traditional power programs.  Alabama has won the last three games and leads the overall series 45-35-1.  Jordan-Hare Stadium will be lit Saturday afternoon, which is one reason I’ll take the home boys to win in an upset.

Another tricky one here.  Could Auburn beat Alabama?  Sure.  Will they?  It’s possible, especially after seeing how they handled Georgia.  But man I hope not.  That would shake things up too much for comfort.  Alabama wins in a tight game today.  I think Auburn has a good chance to cover, though.

This may be the most vulnerable Alabama team we’ve seen in years.  The offense is competent but not great, and the defense is really banged up.  With Auburn apparently finding its stride the last several weeks, I think Nick Saban is going to have his hands full this afternoon. With that said, Gus Malzahn is a weird dude and he twitches a bit too much for me, which is I’m going against the grain and picking ‘Bama.

Alabama aside, I’ve had the damnedest time trying to figure out the SEC West this year and I suspect this game will also confound me.  Hard to go against the Tide in any situation but I did last year prior to the national championship game and it worked out pretty well for me. Nick Saban is 7-3 in Iron Bowls – losing in 2007 (his first year in Tuscaloosa), in 2010 (the “Camback”) and again in 2013 (the “Kick Six”).  I think he loses again today … the only question is whether the loss knocks his team out of the CFP? 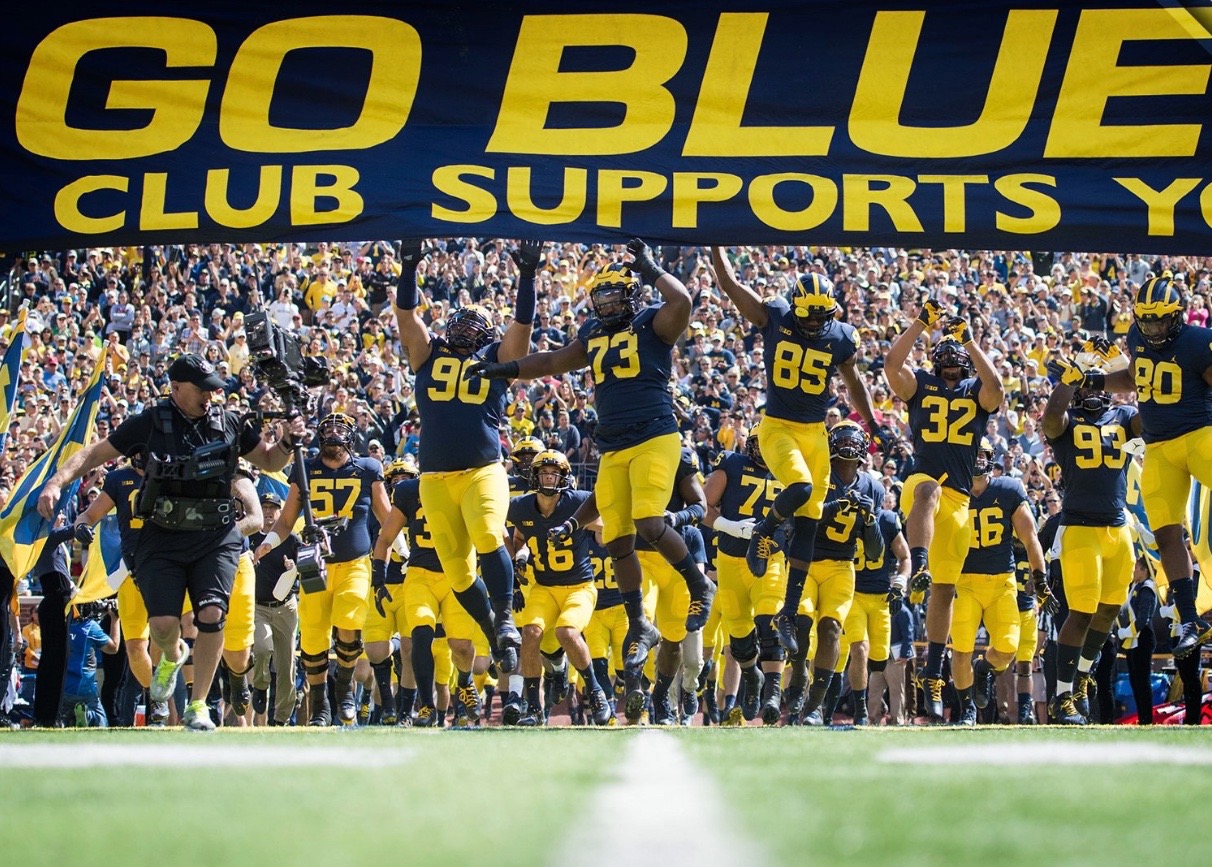 Go Blue and the Buckeyes meet for the 115th time in the Big House on Saturday.  OSU has won the last five games and 12 of the 13 against Michigan.  The matchup to watch in this game features the Wolverine D, which is allowing only 17 points per game against a Buckeye offense that’s averaging 45 points per contest.

Michigan has nothing to lose in this one with no chance to reach the conference championship game, let alone the final four, so expect Coach Jim Harbaugh to pull out all the stops. On the other hand the Buckeyes are already in the Big 10 Championship game, but need to win out to have an outside chance for a spot the college football playoff.

For some reason I’ve always preferred the Wolverines in this rivalry, probably because of their badass helmets and fight song, but there’s no way I see them winning this game this year. I’ll go with O-H-I-O to win and cover.

I hate OSU almost as much as Michigan fans.  I would love nothing more than to see the Wolverines pull off the upset today.  Unfortunately, I don’t think they will.  But I do think they’ll cover the generous spread.

Word is that Michigan is working on a lifetime contract for Jim Harbaugh and I think I am sure that Ohio State fans, like the rest of us, are thinking “please sign him up forever!”  Never has a coach who has accomplished less received more praise.  I actually think this game becomes a boat race and I am here for it.

This is precisely the sort of contrarian pick that has me bringing up the rear in the standings this year.  But for some reason I’m feeling the upset in this one.  Jim Harbaugh is indeed one of the most overrated coaches in college football, but I think the Maize and Blue come out inspired in this rivalry game and deliver the upset in front of 115,000 fans at home.

And we all know what an Ohio State loss means, right?  Sad Urban Meyer pizza! 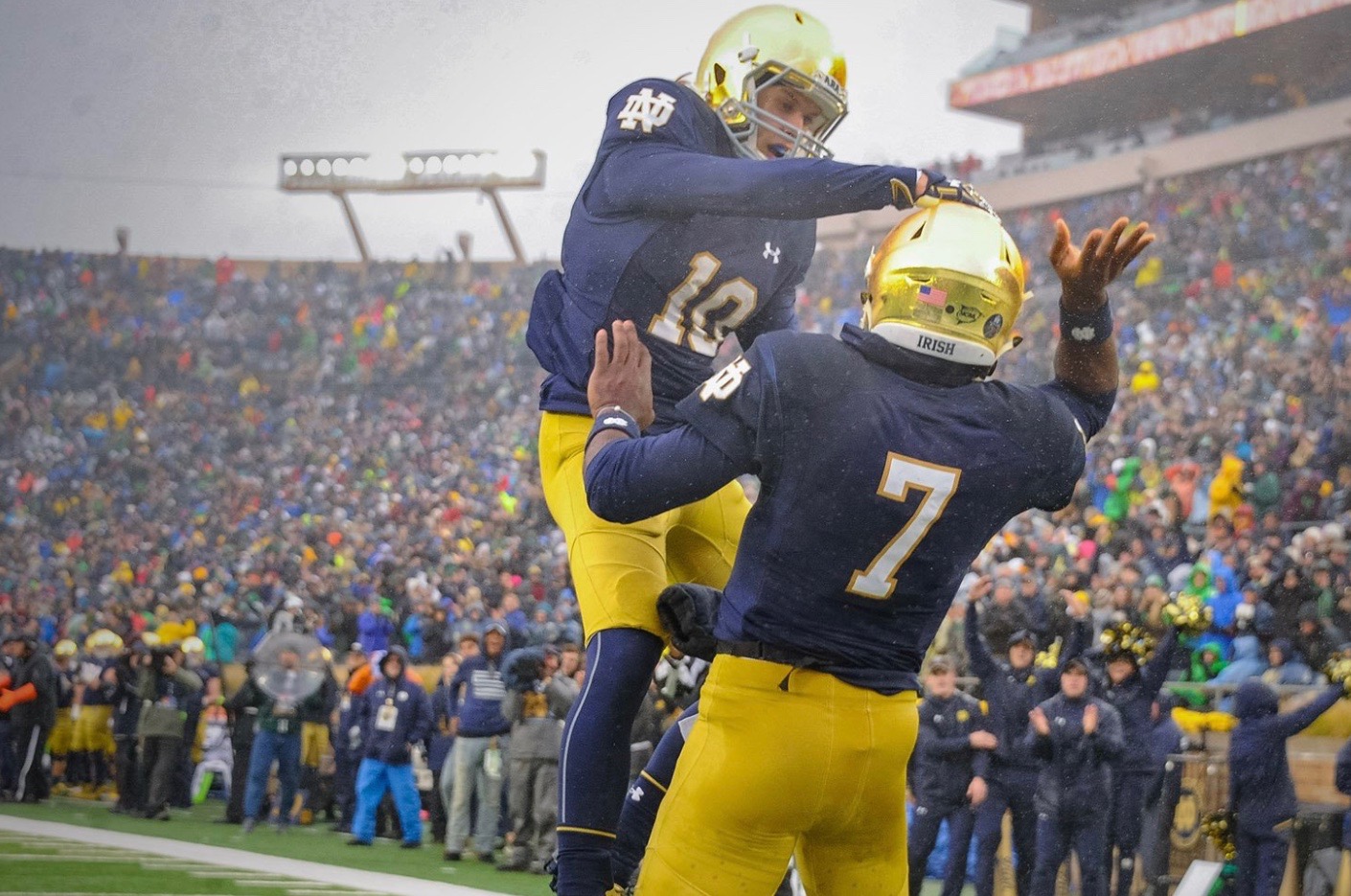 Can you say physicality? This game is all about that. Stanford head coach David Shaw loves to run the ball like Saint Peter loved the Lord, and he has one of the top backs in the country to do it for him in Bryce Love. Love is averaging 172 yards rushing per game and averaging almost nine yards per carry.

Notre Dame counters with “33 Trucking” Josh Adams running behind and offensive line anchored by two All Americans on the left side. Adams has over 1300 yards on the ground and he’s averaging eight per rush.

Look for both teams defense to crowd the line of scrimmage to try and stop the run. That will probably mean the team that can establish some type of passing success will carry the day.

It’s a long way from South Bend to Palo Alto, and usually the longer the trip the more difficult it is for a college team to win so I’m gonna take the boys from The Farm in an upset.

Noted Dame appeared to be back earlier this season, but now I’m not so sure.  While their offense has played pretty solid, their defense is inconsistent at best.  I think this one will be as close as the others, especially being played at Stanford Stadium-but in the end I’m counting on the Irish to get the W and cover.

I think this is a really dangerous game for Notre Dame.  Win this one and you have a really solid season that will end with a major bowl.  Lose it, and your season ends with a whimper after a really promising start.  Stanford has not looked great all year and really shouldn’t have a chance in this game … which is exactly why I’m picking them.

This is a potential trap game for both teams.  On the one hand, the Irish have very little to play for after Miami knocked them out of the national championship hunt two weeks ago.  Meanwhile Stanford’s future will be decided not by this game, but by the winner of the Washington-Washington State matchup in Seattle.  If Washington wins, Stanford goes to the PAC-12 championship. If Washington State prevails, Stanford will await its bowl fate.  Both games kick off at 5:00 p.m. PST, meaning the Cardinal will have one eye on the Irish and the other on the scoreboard.  That’s not a good situation.  Also Stanford running back Bryce Love is still not over the ankle injury that kept him from finishing the Big Game against Cal last week.