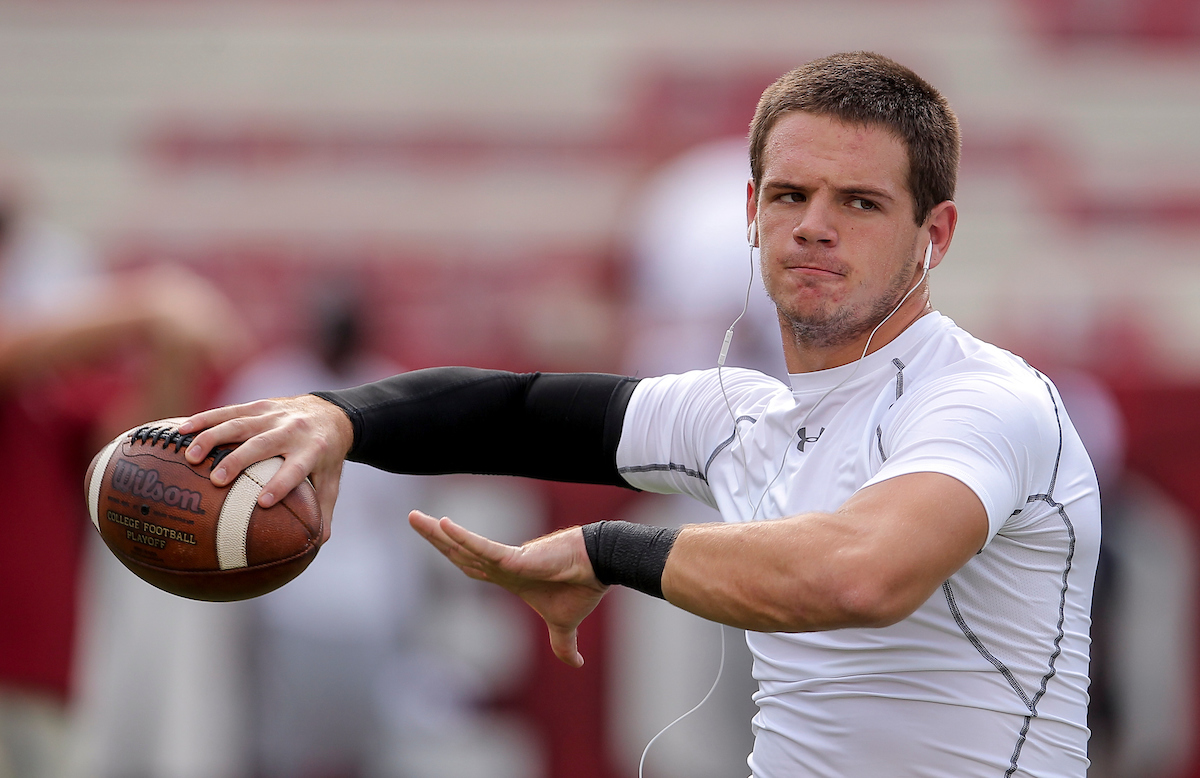 Welcome to the seventh installment of #FITSPicks …

Let’s start with the obvious: Not a single member of our illustrious panel picked Syracuse to upset Clemson last night – although our season leader (both straight-up and against the spread) Brant Branham did manage to bet right against the whopping 23-point spread in that game.

Everybody else lost on both counts …

Since Clemson’s humiliation was a Friday night occurrence, it doesn’t appear in our Saturday morning picks below … but we’ve incorporated the results of our panel’s Clemson-Syracuse predictions into their overall records.

For those of you new to the site, each weekend our panel of experts has been offering up predictions for both of the Palmetto State’s major college in-state matchups as well as three of the best Top 25 tilts on tap.  Our experts are graded in two areas: Whether they correctly pick the winner of each game, and whether they win against the spread.

Here’s how they’ve fared so far …

Last week our intrepid and inestimably beautiful ex-columnist Liz Reardon – who we’re told was rocking some killer jeans at a downtown Columbia, S.C. Oktoberfest celebration this weekend – tied Branham for the best overall record.  Reardon was the only member of our panel who picked South Carolina’s upset win over Arkansas, and she also predicted the correct score the Miami-Florida State game.  To the point.

Last week’s worst performance on our panel?  Yeah … it was turned in by our founding editor Will Folks, who didn’t win a single game against the spread a week ago.

Can he turn it around today? 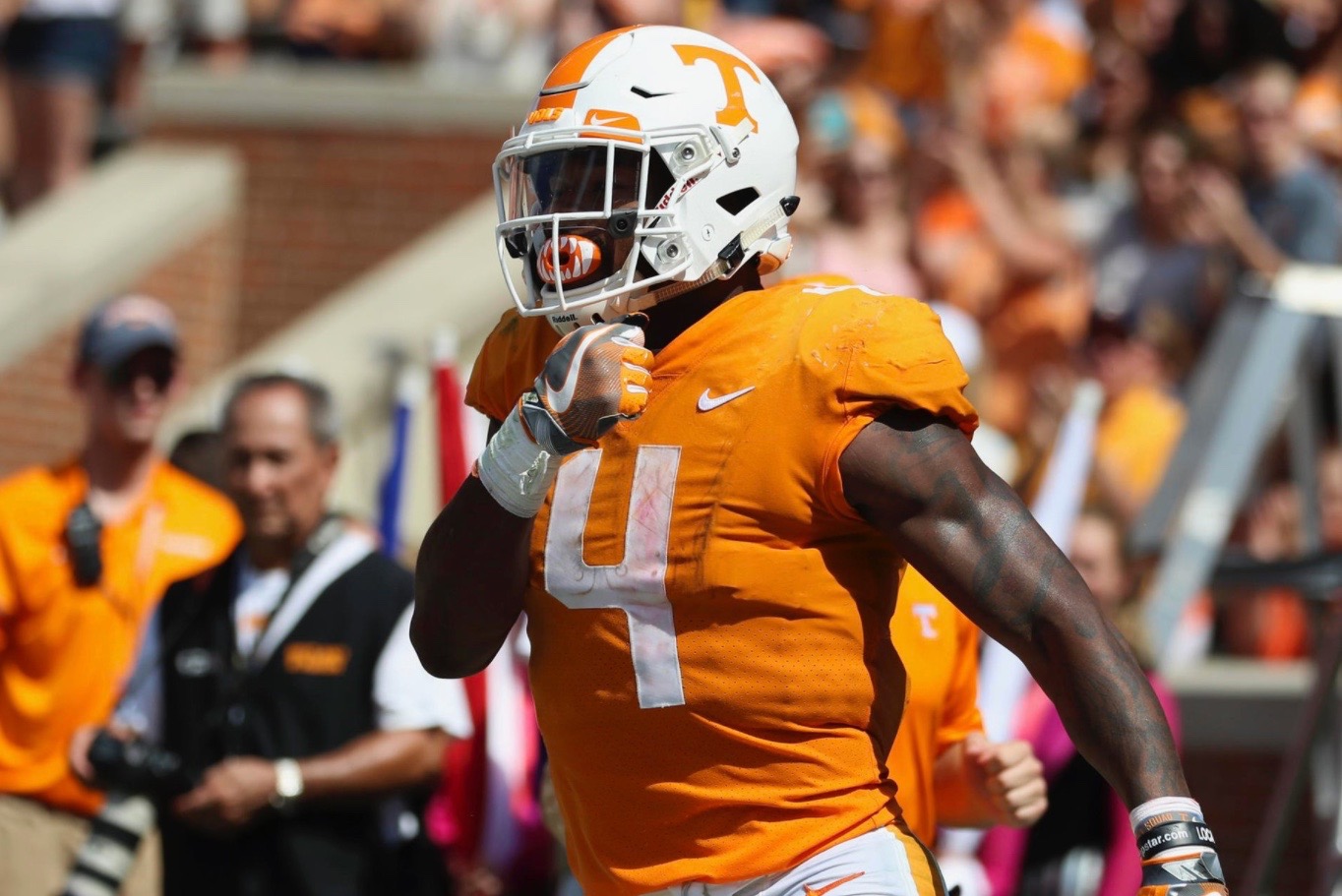 This series has been close with the last five games being decided by three points or less.   South Carolina is coming off of a big three-touchdown win at home against Arkansas, while Tennessee was off last week after getting embarrassed by Georgia 41-0 in their last game.

South Carolina sophomore quarterback Jake Bentley now has a full season worth of starts under his belt and is playing solid ball.   The Gamecocks running game is still struggling and needs to improve to make them a more balanced team. Carolina makes few mistakes as they are they have the least number of penalty yards in the country.

The Vols are changing quarterbacks this week – going with redshirt freshman Jarrett Guarantano who is more of a dual-threat than former starter Quinten Dormady.  Meanwhile John Kelly is a solid back and may give the Gamecocks trouble on the ground.  On defense Tennessee has been very generous to opponents on the ground but they do have the SEC’s top-rating passing defense.

A new signal-caller and a program that appears to be reeling make this game look very tough for the Vols, but I’ll take the home team to win.

Maybe I’m still riding the high of last week’s victory. Maybe I’ve enjoyed the train wreck that has become of the Tennessee Volunteers this season.  Either way, I think the Cocks get the win in Knoxville. I know South Carolina doesn’t have a great record at Neyland Stadium (2-16), but a noon game against a team that’s in shambles and a fanbase that’s frustrated?  I like our chances.

I’ve missed six of my last seven picks straight up and didn’t win a single game against the spread last week.  Why are they allowing me continue picking games on this panel?  Oh right … it’s my website.  Anyway, all the signs should point to Tennessee unleashing two weeks of pent-up frustration against a Gamecock team that’s probably due for a letdown.  But Liz is correct.  An early kickoff and a seething Vol Nation could work in South Carolina’s favor.  How much is that Butch Jones‘ buyout again? 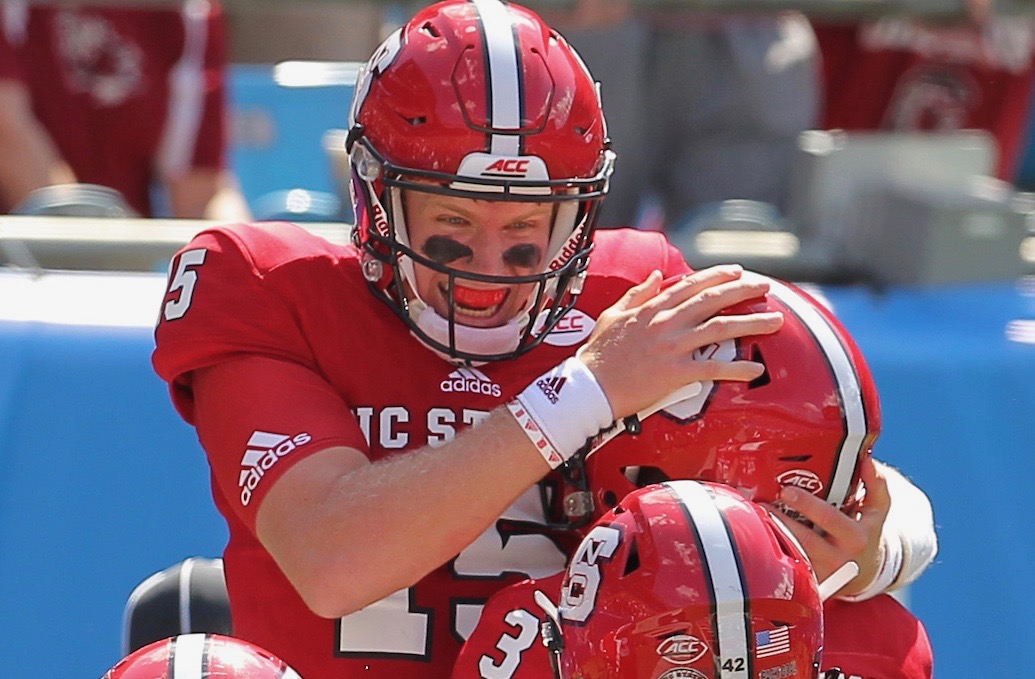 The Pack  is playing well with big wins over Florida State and Louisville.  They travel to the Steel City to take on Pitt this week.  Jaylen Samuels is their do everything offensive weapon with 50 catches and five rushing touchdowns on just 25 carries.  Meanwhile quarterback Ryan Finley is completing 71 percent of his passes with ten touchdowns and no interceptions.  Pitt like to play outside man defense which could mean a big day for State wideouts Kelvin Harmon and Stephen Louis.

The Panthers have gone back and forth between quarterbacks Max Browne and Ben DiNucci, but win Browne injured it’s DiNicci’s team this week. Pitt’s offensive line has struggled – allowing eighteen sacks so far this season.  That might make it a long day against the talented Pack D-line led by Bradley Chubb.

State could be fighting a little bit of a letdown after last week, and they are on the road – but I think they get the win and the cover.

Ah yes … I love these two teams.  One beat Clemson last year and the other basically beat them – until the refs intervened.  But I digress.  The Wolfpack has looked better and better each week since losing to South Carolina in Charlotte on Labor Day weekend.  They’ve beaten some of the (supposed) best in their conference (Louisville, FSU) and if they can avoid beating themselves with penalties, they’ll get the win in Pittsburgh.  Also, I need them to continue improving in hopes they will beat Clemson in Raleigh on November 4.

The Wolfpack are on a roll and Pitt lost their starting quarterback for the season last week. NC State should run away with this game, but I am interested to see how they hold up under this newfound attention.

I don’t think Dan Marino in his prime would be able to make a difference in this game.  Pitt’s disadvantage in the trenches is simply insurmountable, as NC State’s defensive line and its four blue chip NFL prospects are more than living up to expectations this season.  Were it not for a season-opening special teams miscue against South Carolina, NC State would be entering this game undefeated.

Both teams are coming off tough conference losses.  Texas A&M played hard against top-ranked Alabama while the Gators lost to an LSU team that’s not playing at its usual level.  Also, both coaches are needing wins for job security.  Kevin Sumlin has been on the hot seat all year, while Florida coach Jim McElwain‘s two division titles haven’t satisfied a fan base that is longing for a return to the glory days of Steve Spurrier and Urban Meyer.

Florida ranks No. 102 nationally – averaging only 347 yards per game.  Quarterback Feleipe Franks was 10 of 16 last week throwing, but only picked up 108 yards. The Gators did get the ground game going, though, with 194 yards against LSU.

The Aggies struggled last week offensively, but doesn’t everybody against Alabama?  Quarterback Kellen Mond and running backs Trayveon Williams and Keith Ford could manage only 57 yards rushing against Alabama, but they should get it going better against a Gator defense that gave up 216 on the ground against LSU.

A&M’s defense ranks No. 28 in the country against the run giving up only 118 yards per game, and they managed 9 tackles for loss and 3 sacks last week at home against the Tide.

These teams don’t have much history with each other having played only 4 times, the last being in 2012 – a Gator win.  That being said I think the Aggies leave to Swamp with an upset win and a cover.

The Swamp is a tough place to play, especially at night.  Both of these teams are sort of struggling.  They’ve looked good at times and they’ve looked terrible at times.  It’s really hard to predict which teams will show up.  It certainly doesn’t help the Gators that they could be down at least five starters.  Meanwhile Kevin Sumlin is coaching for his job every game  – which is why I think A&M gets the upset tonight, but just barely.

The Aggies showed some life last week against Alabama, but I don’t trust them at all.  I want to pick Florida, but the animal lover in me can’t support a coach that (allegedly) assaults marine life.

First of all … those “Gator” jerseys Florida is wearing this week?  Best uniforms ever.  Seriously, Liz.  I don’t care what you think about them.  Those threads are the bomb.  I’m not picking Florida because of their fashion statement, though, I think Texas A&M is a legitimately bipolar team and the wrong version of the Aggies shows up to Ben Hill Griffin Stadium tonight.  Contrarian pick?  Perhaps.  But I’m not picking Florida to be contrary either.  I think they play their best game of the season and end Sumlin’s career with the Aggies in the process. 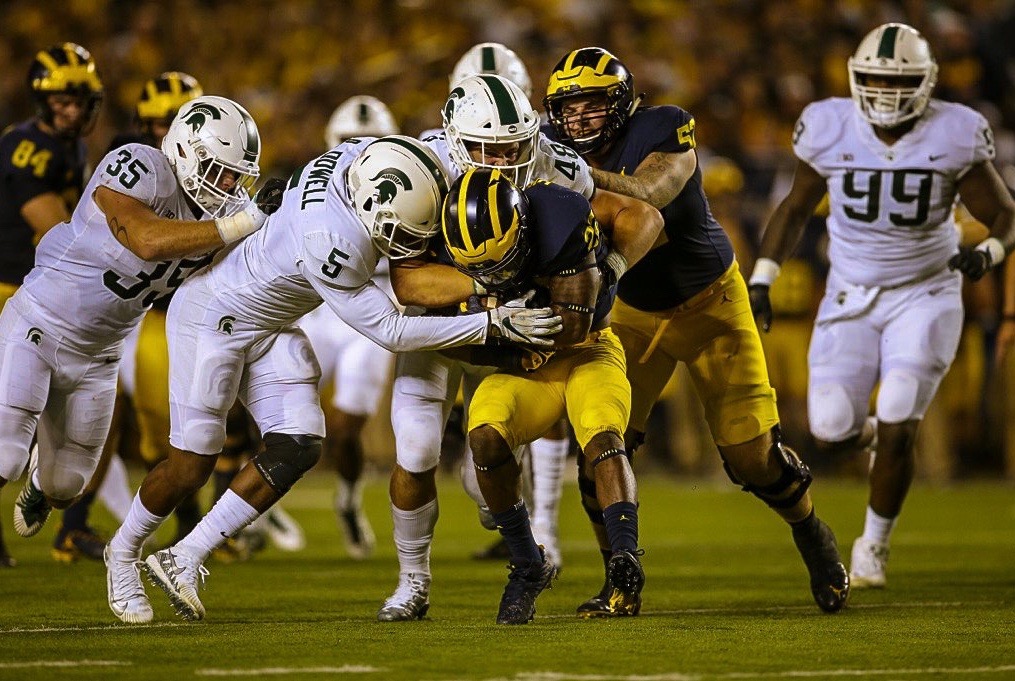 BRANT BRANHAM (17-8, 14-11 ATS) – MSU 24 MINNESOTA 13
I probably know as much about Minnesota football as a hog does about Sunday school, but this game looks like two teams heading in different directions.  Michigan State is 2-0 in the Big 10 with impressive wins against Iowa and Michigan, while the Gophers are 0-2 in conference with losses to Purdue and Maryland.

The Spartans’ win in Ann Arbor was impressive – forcing Big Blue into five turnovers.  Quarterback Brian Lewerke is quietly having a solid year – and leads the team in rushing, too.  His running ability keeps opponents off balance especially on third down.  Minnesota has run the ball okay but quarterback Conor Rhoda has been inconsistent throwing despite teams loading the box to stop the run.

Coach Mark Dantonio has a team that’s built to win tough games, and they are better than Minnesota in the trenches on both sides of the ball.  I look for State to win and cover on the road.

Michigan State is coming off of a big upset over in-state rival Michigan, and to put it bluntly Minnesota is just not that good.  I’m surprised the spread is as close as it is, honestly.  I think the Gopher defense runs out of steam and the Spartans get an easy win.

Not sure that Michigan State can score enough points to win this game and we all know that Gophers will ruin your yard and your weekend.

This is what happens when we let Liz pick the games for the upcoming week.  Golden Gophers football?  Seriously?  Matchups like this are probably why my record sucks so bad.  Because again … Golden Gophers football?  Anyway, I was shocked MSU beat Michigan in the Big House last week.  Legitimately.  I thought Jim Harbaugh‘s team was better than that.  They are definitely better than Minnesota, though, which MSU will dispatch with ease today in Minneapolis.