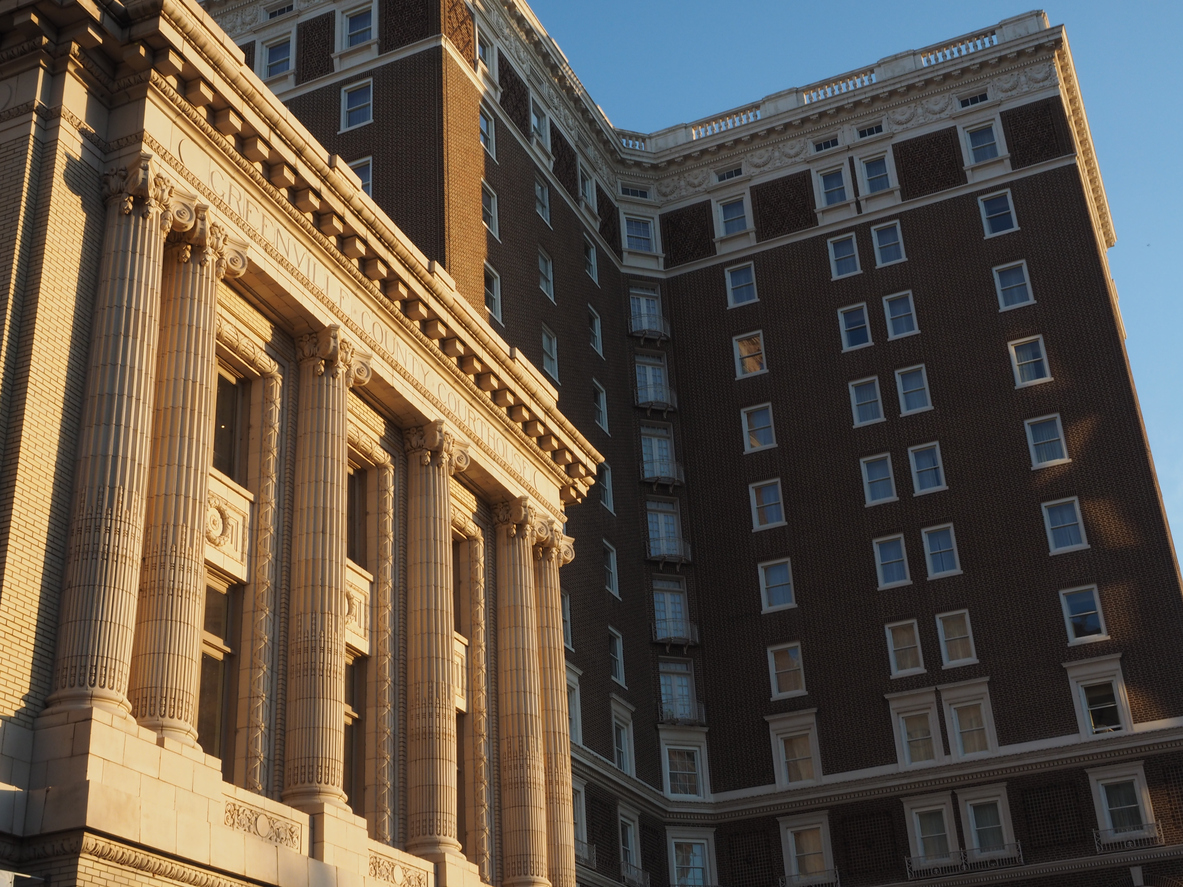 The ongoing criminal investigation into embattled Greenville County sheriff Will Lewis may wind up ensnaring other local government officials.

According to our sources, several Greenville county leaders conducting a “deep dive” on financial records in the aftermath of the Lewis scandal have reportedly uncovered issues involving the conduct of other taxpayer-funded employees.

Among them?  County administrator Joseph Kernell.

Kernell has been referenced on several occasions in connection with the Lewis scandal.  For starters, he and his assistant were among the Greenville county officials who participated in a now-infamous March 2017 trip to Charlotte, North Carolina.

Billed as a “budget retreat,” this getaway – organized by Lewis – has come under scrutiny thanks to a seismic charge (and subsequent lawsuit) leveled against the sheriff by his former subordinate, Savannah Nabors.

Nabors’ allegations, her lawsuit and the criminal investigation of Lewis all broke exclusively on this news site.

According to Nabors, Lewis drugged and raped her on this trip – one of several out-of-town getaways he is accused of organizing for the explicit purpose of furthering an extramarital affair with her.

Lewis, 42, has denied drugging and raping Nabors, but he has admitted to what he claims was a “consensual” affair with his 23-year-old former subordinate.

In addition to joining Lewis on the Charlotte trip, Kernell’s name is mentioned repeatedly on audio tapes Nabors made of the embattled Sheriff.  On one of the tapes, Lewis expresses admiration for Kernell’s ability to seduce women.

For those of you unfamiliar with Kernell, he was at the heart of a major scandal back in 2009 when it was revealed he had been using a county computer to solicit sex.

Much to the chagrin of federal judge Henry F. Floyd, though, Kernell escaped with only a “verbal warning” from county council.

Why?  Because the evidence of his crime was obtained illegally by former Greenville County councilman Tony Trout, who surreptitiously installed spyware on his computer.   Trout was ultimately charged and convicted on two counts of “unlawfully accessing computers used in interstate communication.”

Kernell was never charged in connection with the case.

This outcome upset Floyd, who argued Kernell should have faced “harsher punitive action” for his conduct.

Then-U.S. attorney Walt Wilkins initiated a review of the case in response to Floyd’s criticism – but ultimately declined to prosecute Kernell.

“Given Judge Floyd’s concerns, the FBI and my office have looked closely at this matter,” Wilkins said a statement issued in October of 2009.  “Even if the e-mails from Mr. Kernell had violated the law, we have concluded that Trout’s illegal interception makes them inadmissible in any proposed federal prosecution against Mr. Kernell. Accordingly, we will not be seeking charges against Mr. Kernell.”

“Kernell just keeps quiet and flies under the radar,” one Greenville source told us.

Until now that is …

According to our sources, the scandal enveloping Lewis has created “significant problems” for the veteran bureaucrat.  It’s not immediately clear what level of exposure Kernell may be facing, but multiple sources familiar with the ongoing forensic audit of sheriff’s office expenditures have hinted at “overlap” implicating Kernell in questionable expenses.

In addition to the speculation surrounding Kernell, we’re also told the Lewis saga has resulted in several of his top deputies facing allegations regarding questionable conduct.  Look for more details on that in future posts.

ProbeGate: Embattled South Carolina Judge Back In The Crosshairs