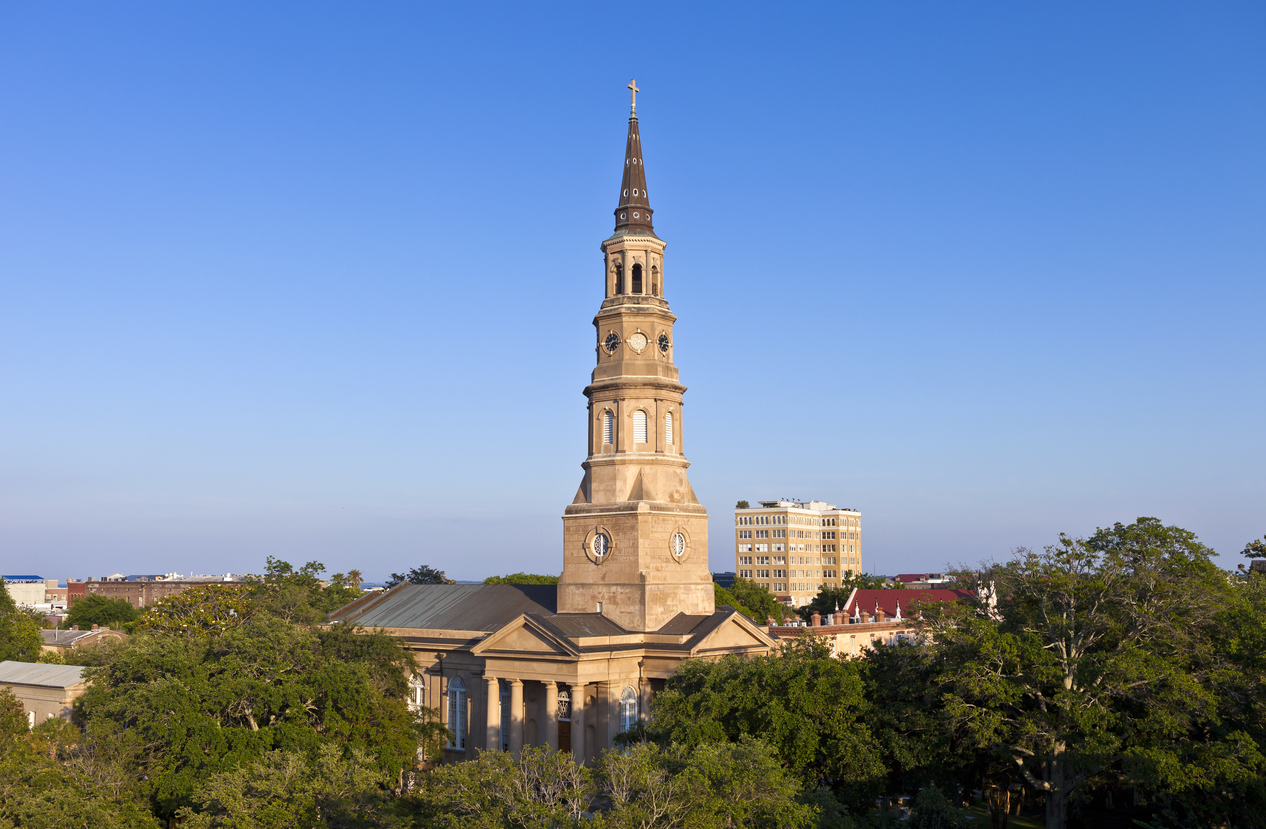 Attorneys for a breakaway Episcopalian diocese in South Carolina want a deeply conflicted state Supreme Court justice to be taken off of their case.  Not only that, they want a prior opinion issued in the case by the justice – Kaye Hearn – to be vacated.

In a motion filed before the S.C. Supreme Court last month, attorneys revealed the extent to which Hearn was conflicted when she ruled in favor of the liberal national Episcopal Church (TEC) in this groundbreaking case – which was first reported by this news site five years ago.

Not only did she fail to disclose her conflicts and recuse herself, Hearn cast the deciding vote in this case – a lapse in judgment which we believe could create a chilling effect on religious liberty across the Palmetto State.

To recap: In late 2012, FITS broke the story of “rogue bishop” Mark Lawrence of Charleston, S.C. – an Episcopal priest who was booted from the national church for refusing to adopt its views on gay marriage and the ordination of gay and female clergy.

As a result of the church’s action against him, Lawrence announced his intention to disassociate South Carolina’s Lower Diocese from the national church – a threat he eventually made good on.  The national church wasn’t about to let its diocese go without a fight, though – accusing Lawrence and other leaders of the breakaway diocese of fraud, breach of fiduciary duty, trademark infringement and civil conspiracy, among other things.

The national church’s arguments didn’t hold sway … at least in the trial phase of these proceedings.

S.C. circuit court judge Dianne Goodstein ruled in favor of the breakaway diocese, arguing that “for over 200 years, the Diocese has governed itself through votes of its parish churches and clergy meeting in conventions.”

All decisions regarding religious affiliation should be left to individual congregations.  Anything else is an imposition on religious liberty – especially when tithing parishioners subsidize church assets. 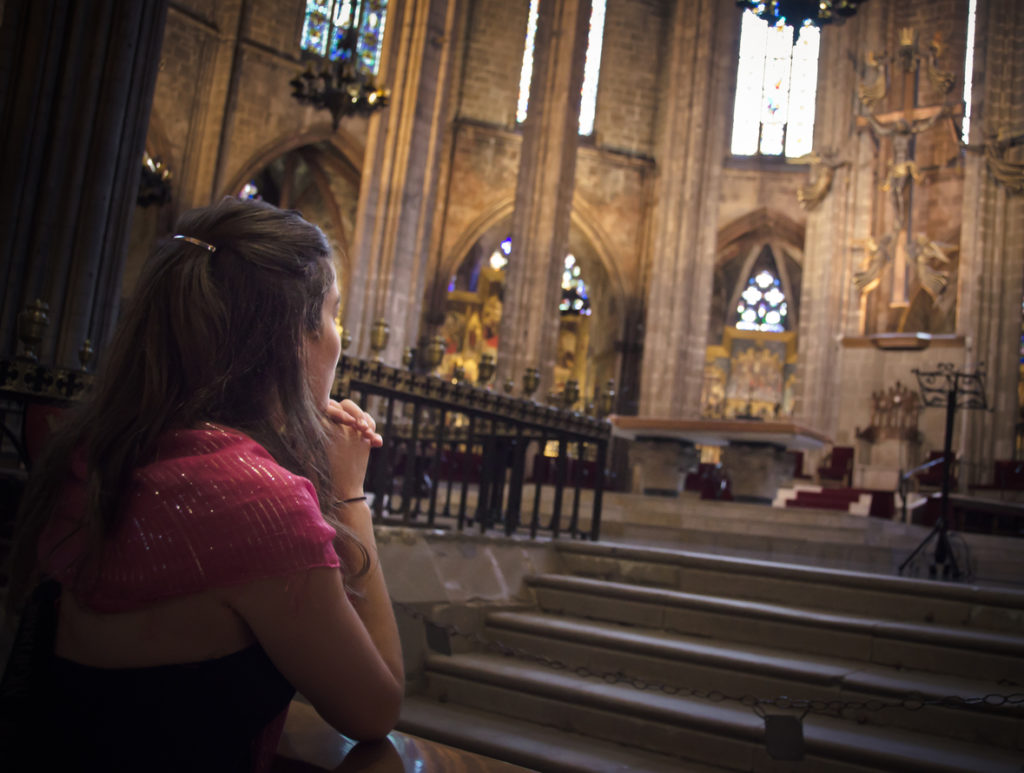 The national church appealed Goodstein’s ruling, though – and won.  Again, with Hearn casting the deciding vote.

Should she have involved herself in this case?  Absolutely not …

As we’ve noted previously, Hearn was a member of an Episcopal group that brought disciplinary charges against Lawrence back in 2012, leading to the national church’s ruling against him.  Additionally her husband, former state representative George Hearn, helped appoint Lawrence’s successor.

The Hearns are also members of one of the congregations formed in the aftermath of Lawrence’s decision to leave the national church.  In fact, she was a participant in this congregation’s worship the same week she ruled in this case.

In affidavits filed accompanying the motion to vacate Hearn’s ruling, the extent of her conflict is laid bare.

Not only is Hearn alleged to be a party to the case by virtue of her church membership, but the active role she played in the ongoing debate – while she was a sitting member of the the Supreme Court – is exposed.

In one affidavit, filed by Episcopal priest Julian Jeffords, Hearn is alleged to have participated directly in meetings related to the “disagreements between the Episcopal Church and the Diocese.”

In one meeting, an incensed Hearn allegedly “stood up, and threw a book on a table” during a dispute related to the schism – arguing that the “rule of law” was on the side of the liberal national church.

A pair of legal experts – Lawrence J. Fox and Nathan Crystal – also submitted affidavits concluding that Hearn should have recused herself because she was “biased in favor of (the national church)” and her participation in the case “violates the due process rights” of the breakaway diocese.

This website exposed Hearn’s conflicts back in September of 2015 and subsequently called on her to recuse herself. However, we also noted at the time that attorneys for the breakaway diocese failed to submit a motion arguing for Hearn’s recusal.

Apparently they believed her conflict of interest was so self-evident – and her recusal such a foregone conclusion – that filing such a motion was unnecessary.

That failure has proven pivotal …

Will Hearn’s recusal now be compelled?  We’ll have to wait and see …

Since this case was heard two justices – former chief justices Jean Toal and Costa Pleicones – have retired from the court and been replaced by justices John Few and Buck James, respectively.

Few and James are generally viewed as more conservative than the justices they replaced, although to her credit Toal got it right in this case.  In fact, her opinion offered a compelling endorsement of religious freedom.

“The lead opinion in this case is nothing less than judicial sanction of the confiscation of church property,” Toal wrote in a lengthy dissent of Hearn’s position.  “With no discussion of why the neutral principles of law approach to resolving church title determinations should be abandoned by the State of South Carolina, the lead opinion advocates overruling a framework that has heretofore taken the courts out of ecclesiastical controversies, instead encouraging the Court to devolve to the civil court the authority to undo centuries of well-settled church titles by judicial fiat.”