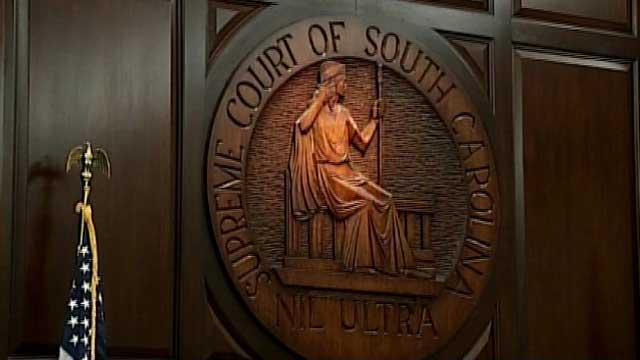 || By FITSNEWS || Earlier this week we published a report on S.C. Supreme Court justice Kaye Hearn – who is severely conflicted as it relates to her court’s consideration of the Palmetto State’s great “Episcopal Schism.”

First uncovered by this website in late 2012, the schism involves conservative Episcopal churches seeking to disassociate themselves from the liberal national church over the issues of gay marriage and the ordination of gay clergy.  Back in February, S.C. circuit court judge Diane Goodstein ruled these conservative congregations had a right to bolt.

We concur.  In fact we’ve supported the breakaway congregations from the very beginning of this drama.

The Supreme Court is now hearing an appeal of Goodstein’s ruling, with Hearn repeatedly evidencing a clear bias in favor of the national church during oral arguments last week.  As we reported earlier this week, Hearn is a member of a liberal Episcopal church – one with a gay pastor.  Not only that, she’s a member of a liberal Episcopal organization which pushed back aggressively against Bishop Mark Lawrence, the leader of the breakaway faction.

In other words she’s got no business hearing this case.

Here’s the thing though: Nobody ever asked Hearn to recuse herself.

None of the attorneys representing the breakaway congregations filed a motion calling on Hearn to stand aside.

We understand attorneys are reticent to unnecessarily draw the ire of judges – especially as they prepare to hear arguments on a case like this – but in this case Hearn’s conflict is deep and well-documented.

“Appallingly obvious,” one attorney who read our recent report noted.

But since no one asked Hearn to stand aside … she’s clearly not taking it upon herself to do so.