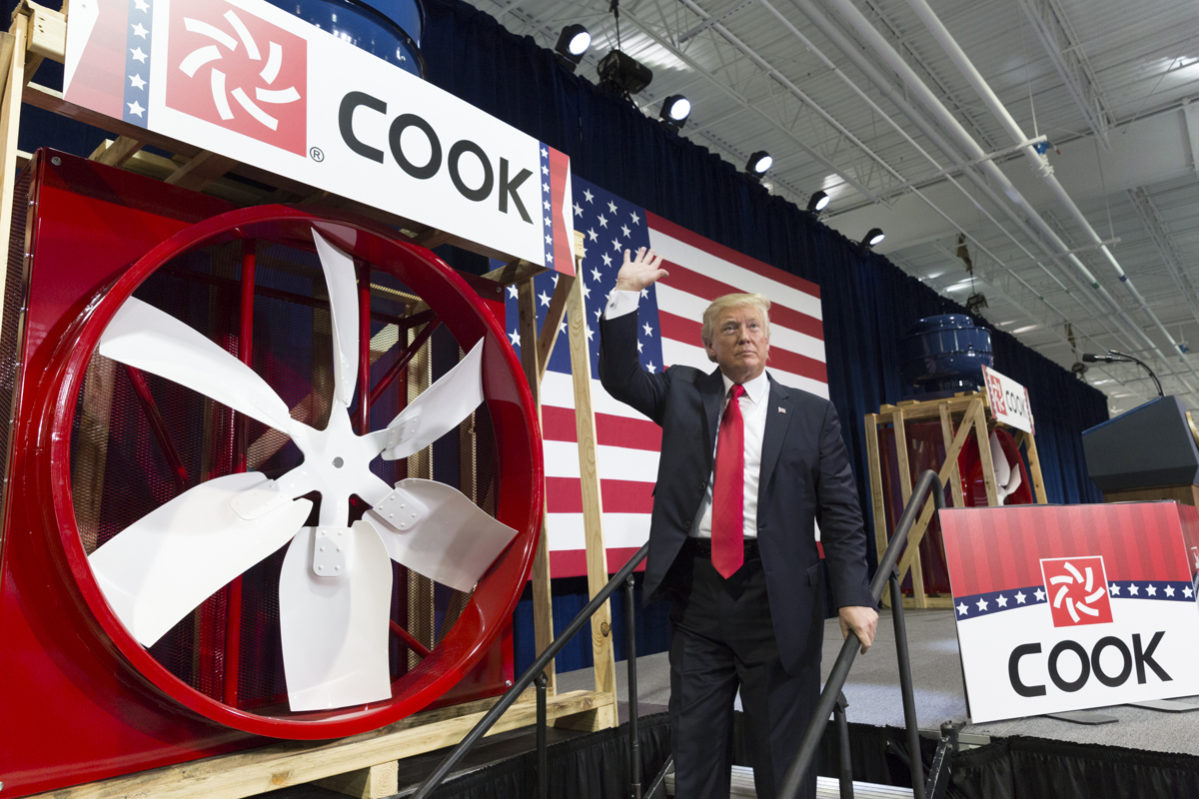 We haven’t been especially pleased with U.S. president Donald Trump lately.  At all.  In our view, his performance over the last eight months has been equal parts inconsistent, chaotic, perplexing and disappointing.

We had high hopes for Trump’s administration – endorsing him in the 2016 GOP primary and again in last fall’s general election.  But so far he’s been a major let-down.  A “yuge” let-down, actually.

Of course when we consider the alternatives to the nation’s 45th president – especially establishment “Republicans” who have steadfastly refused to advance any of the major agenda items they collectively campaigned on – Trump looks a tad bit better.

Not much better … but a tad.

In fact every time we get ready to zero in on Trump’s ongoing failure to lead, his perpetually bitter army of irrationally reflexive haters comes along to remind us of the “alternative” worldview.

The latest cause célèbre of these #NeverTrumper #NotMyPresident types?

“Outrage” over a presidential retweet of a funny internet meme.  In the clip, Trump is shown striking a golf ball – which is then superimposed onto a separate clip of Democratic presidential nominee Hillary Clinton tripping and falling while boarding an airplane in Yemen six years ago.

Not surprisingly, this hilarious video prompted a full-on fit among the easily “triggered” mainstream media.

The tweet stoked outrage online, generating more than 11,000 replies, many of which condemned the president’s promotion of violent imagery toward Mrs. Clinton, who, as a former first lady, has lifetime Secret Service protection.

“It is distressing to have a president that frankly will tweet and re-tweet things as juvenile as that,” liberal California congressman Adam Schiff told ABC’s This Week.  “It doesn’t help, I think, in terms of his stature and doesn’t help in terms of the stature of our whole country.”

Actually, what was “alarming” in our estimation was liberal comedienne Kathy Griffin posing with a model of Trump’s severed, blood-soaked head a few months ago.

This?  This was funny.

Because come on, people … watching internet videos of other people falling down is funny.

Is any rational person who views this clip going to interpret it as a call to violence against Clinton?  No.

Moreover, is any rational person who watches this clip going to interpret it as some sort of tacit endorsement of violence against women?  Again, no.

But alas … this is America c. 2017.   Far too many among us are not rational people, but rather hypocritical “all in” thought slaves – eager to be angry and offended and desperate to occupy what we perceive as the moral high ground.

Bottom line?  Trump’s tweet was funny.  All of us, including Clinton, should laugh at it.