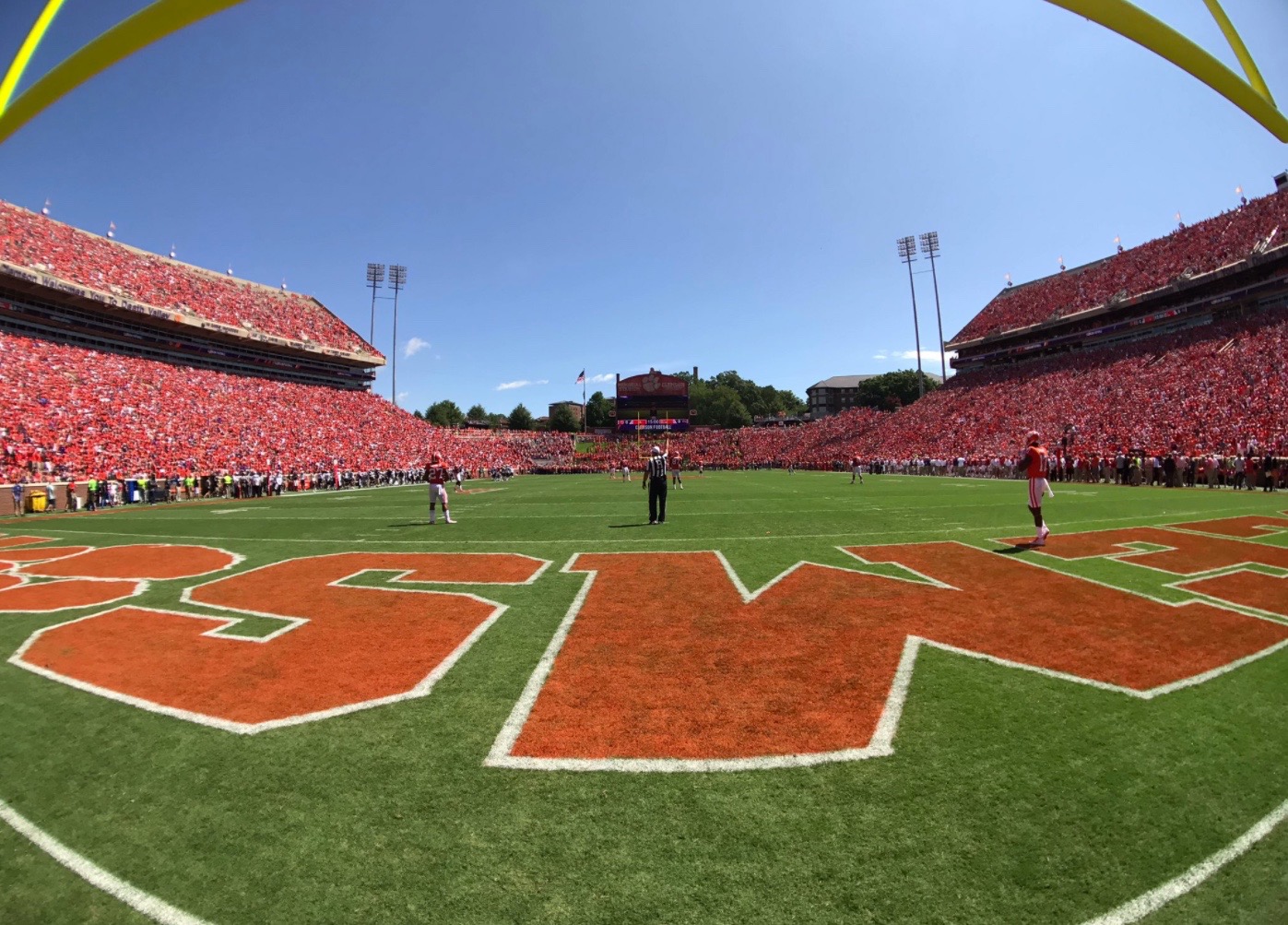 Clemson University’s football team kicked off its national title defense with an evisceration of helpless Kent State – proving wrong those who doubted whether the Tigers should have been installed as 40-point favorites in the season-opener for both teams.

In fact the game was such a blowout we were shocked Clemson’s rabidly leftist PC police didn’t show up and demand the contest be shut down on the grounds that it might trigger some snowflake “micro-aggressions” on the increasingly liberal campus.

There was nothing “micro” about Clemson’s defensive aggression, that’s for sure.

Coordinator Brent Venables‘ defense held Kent State to only 120 yards – all but one of them gained on the ground.

Junior quarterback Kelly Bryant – making his first career start – completed 16 of 22 passes for 236 yards with a touchdown and an interception.  The 6-foot-4, 220-pound native of Calhoun Falls, S.C. also ran for 77 yards on seven carries – scoring another touchdown on the ground.

Not a bad debut …

Freshman running back Travis Etienne also had a nice first game in orange, amassing 81 yards on eight carries – including a four-yard touchdown run.

All told, the Tigers hit their highest point total in season-opening game in more than a quarter century – while the team’s 665 yards in total offense represented the fifth-highest total in school history.

“I told the team that I’ve been around the game of football for a long time, but I can’t remember a cleaner performance in an opening game than the one I saw today,” Swinney said after the game.  “It was a complete performance. We played really well from start to finish. The best part was that we played 91 guys, and they all continued to play well throughout the entire game.”

Here’s the box score from the game …

Things won’t come so easy next week, though …

Clemson welcomes No. 12 Auburn to Death Valley next Saturday for its first real test of the 2017 season.  Swinney’s teams are 11-8 against Southeastern Conference (SEC) opponents, with five of those losses coming against arch-rival South Carolina from 2009-2013.  All-time, Auburn leads the series with Clemson 34-12-2 – but the Tigers (the Clemson Tigers, that is) have won three in a row (including last year’s 19-13 victory on the Plains).

Kickoff next Saturday at Memorial Stadium is scheduled for 7:00 p.m. EDT with ESPN providing national television coverage of the game.