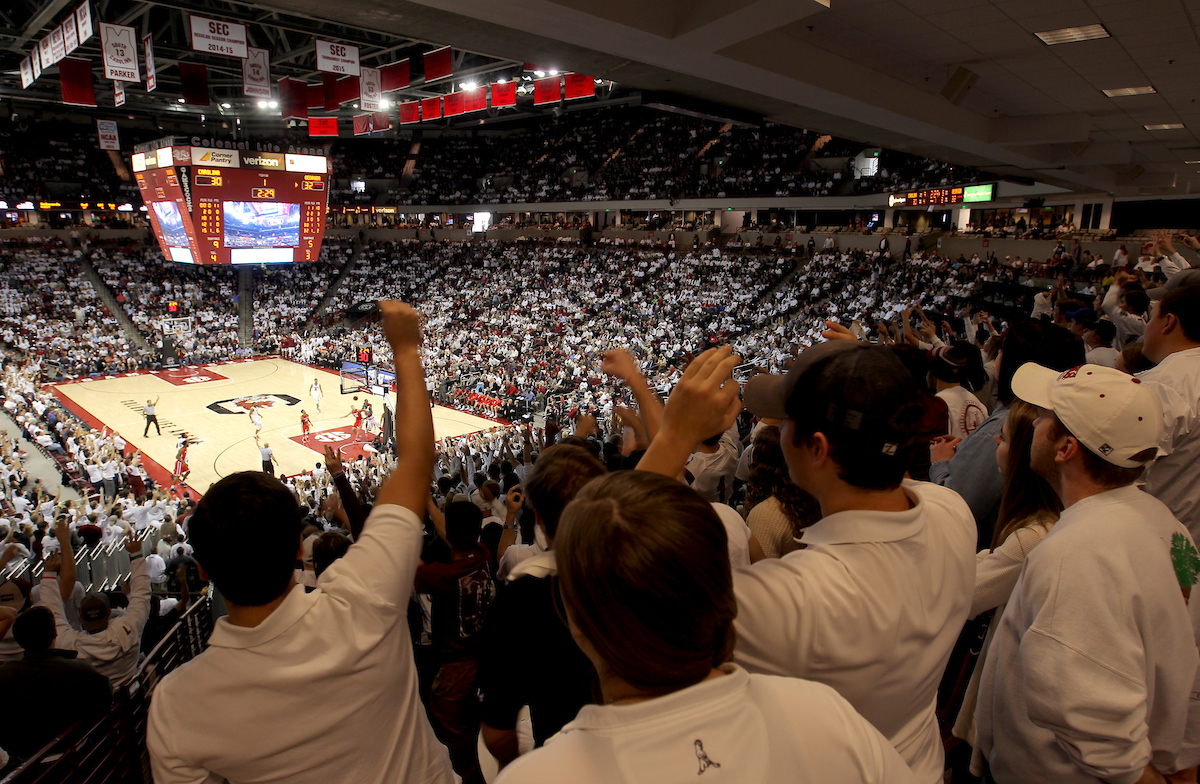 That’s according to the SEC schedule released this week … South Carolina will release its full slate of non-conference games later this year.

Here is the Gameocks’ conference slate for the coming season …

After that, upsets of Duke and Baylor put the Gamecocks in the Elite Eight – where they defeated SEC rival Florida to advance to the program’s first ever Final Four.

Martin will have his hands full duplicating that success, though, as star guards Sindarius Thornwell and PJ Dozier will be playing in the National Basketball Association (NBA) this season.  Meanwhile rising sophomore guard Rakym Felder has been suspended indefinitely from the program after his latest brush with the law.

South Carolina’s 2017-18 season ticket renewal deadline is set for September 13.  Fans interested in purchasing season tickets for the upcoming campaign can place a deposit by visiting GamecocksOnline.com/Tickets, or by calling the school’s ticket office at 1-800-4SC-FANS.