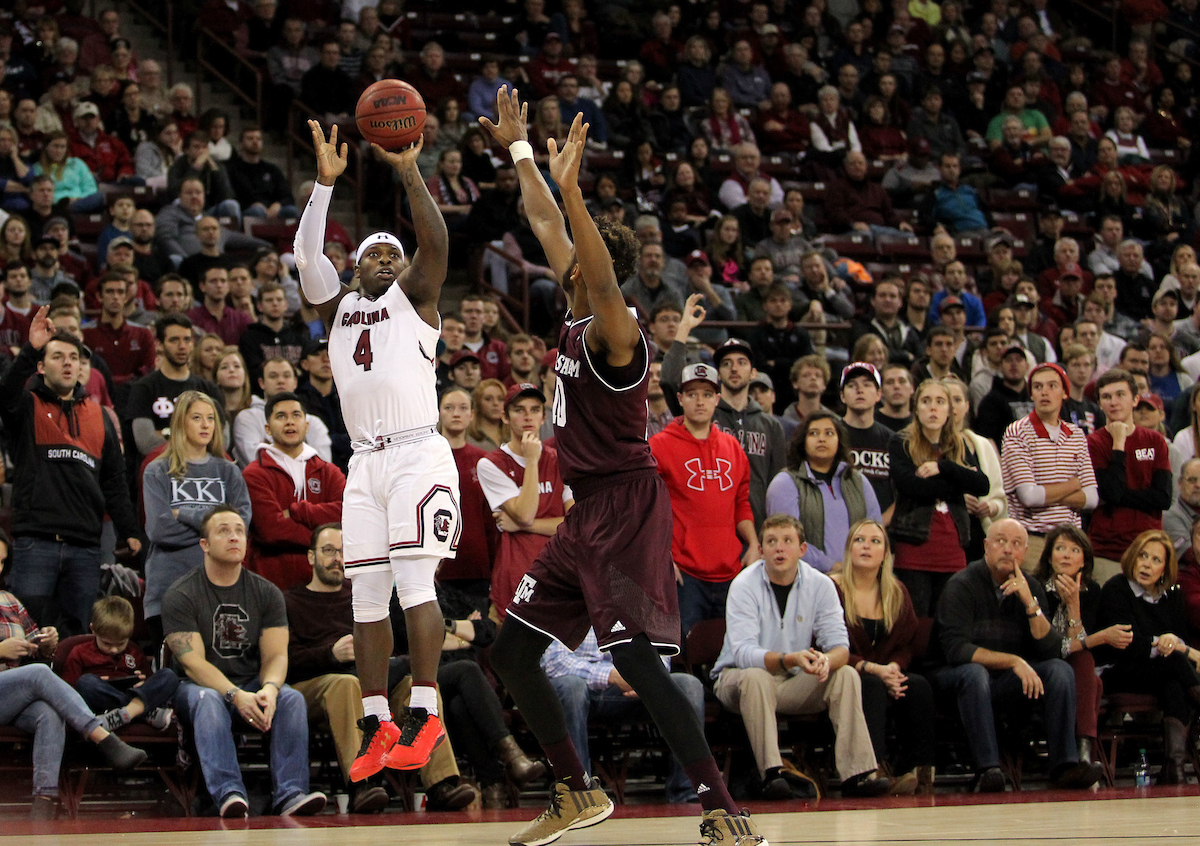 University of South Carolina sophomore guard Rakym Felder has been suspended indefinitely from the Gamecock basketball program and will not be attending classes at the school this fall.

That’s a major blow to head coach Frank Martin‘s program, which was counting on Felder to help fill the void left by Sindarius Thornwell and PJ Dozier, two former Gamecocks who will be playing in the National Basketball Association (NBA) this season.

“Due to some unfortunate decisions by Rakym, he has been suspended indefinitely from our program,” Martin said in a statement. “I will continue to help Rakym grow as a young man even though basketball is not part of our relationship right now.”

According to reporter Dwayne McLemore of The (Columbia, S.C.) State newspaper, Felder’s indefinite suspension involves a July arrest that resulted in him being charged with third-degree assault and battery.

Details of what precipitated that arrest were not immediately available.

Prior to that, Felder had been suspended from the team on June 30 after he allegedly spit in the face of an as-yet-unidentified female outside of the Carolina Pour House – a bar frequented by University students.

That incident prompted a massive brawl, according to police reports.

Before that, Felder was arrested in October of 2016 and charged with third degree assault, resisting arrest and use of a fake identification card – but those charges were dropped after he successfully completed a pre-trial intervention program.

As a freshman, Felder averaged 5.6 points, 1.5 rebounds and 1.3 assists per game as the Gamecocks made their historic run to the Final Four.

A 5-foot-10, 210-pound native of Brooklyn, New York, Felder scored 15 points in South Carolina’s upset of second-seeded Duke in the second round of this year’s NCAA tournament.   He added nine points and three assists in the Gamecocks’ upset of third-seeded Baylor in the Sweet Sixteen.

Felder issued a statement through an attorney saying he was “very sorry for my recent behavior.”

“I take full responsibility for my actions and make no excuses for my conduct,” the statement added.

Felder could conceivably return to the program for the spring semester, which would cover the Gamecocks’ conference slate and any postseason play.