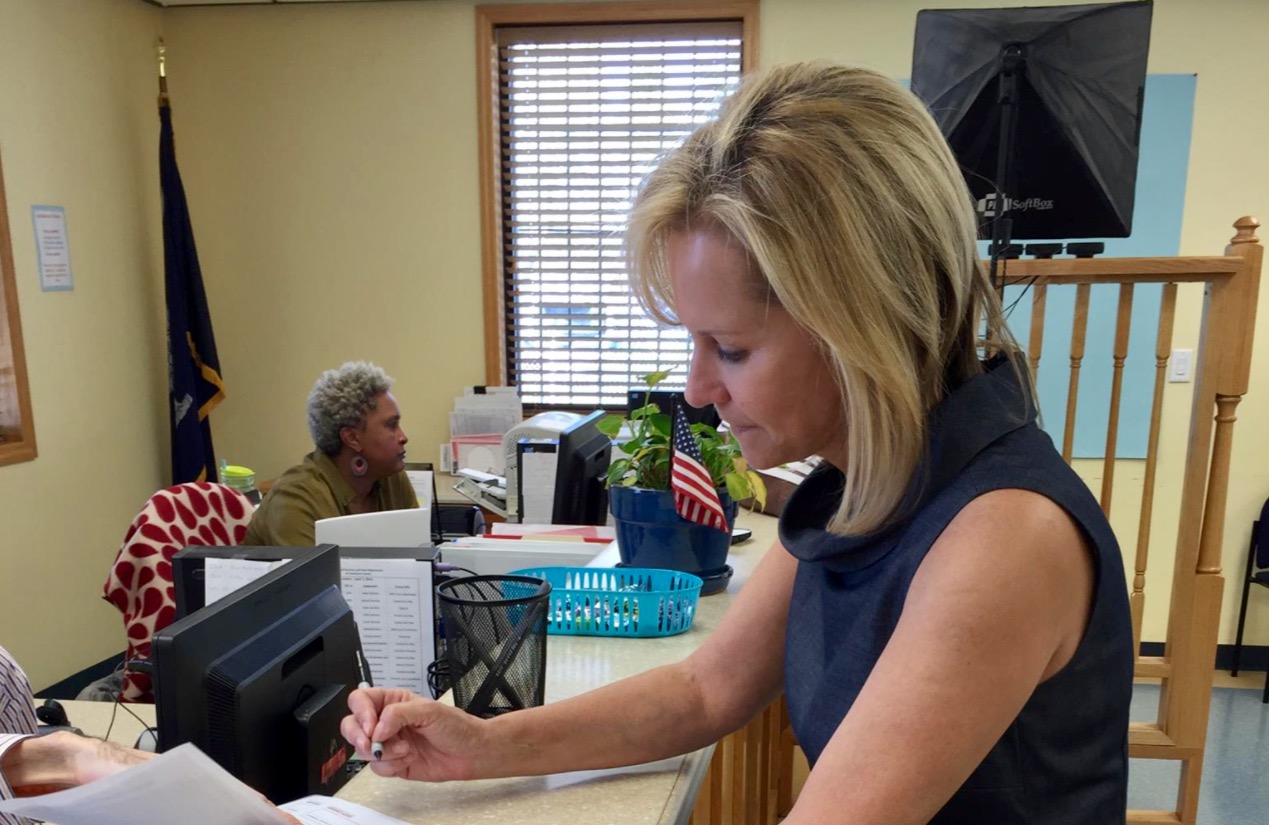 Last week we wrote a story on how South Carolina liberals – who lack a Democratic candidate to support in next year’s gubernatorial election – are not-so-subtly backing “Republican” incumbent governor Henry McMaster.

Some of them are even bashing McMaster’s top challenger for the GOP gubernatorial nomination, Catherine Templeton, whose campaign against McMaster has exposed his weaknesses and invited others to enter the fray against him.

Our report on these Machiavellian maneuverings from the far left referenced a column published last week by Lowcountry liberal Andy Brack – editor of the “progressive” S.C. Statehouse Report.

Like other recent progressive parlor games, Brack’s column was a transparent attempt to boost McMaster and belittle Templeton – but it rubbed one South Carolina State Senator the wrong way.

How do we know this?  Because the Senator – Sandy Senn – texted Brack and told him so, an exchange the liberal editor promptly published on his website under the headline “Feedback: Text of the Week.”

“The following verbatim text about a recent column on the 2018 governor’s race was sent to editor and publisher Andy Brack on Wednesday by state Sen. Sandy Senn, R-Charleston,” Brack wrote.

Andy Im just getting around to reading old newspapers. As you may know I have always been a Henry supporter. But to say that the female candidate “charmed her way into the wallets of republican businessmen” rather than she earned their respect enough to give her money is totally sexist! And here I thought Liberals were not supposed to be sexist!

Brack responded to Senn that he would be “happy to publish this as a letter to the editor,” to which she replied that her message “was not for publication.”

“I was just hoping that perhaps you didn’t realize it was a slight and not just to Templeton!” Senn added.

Brack published the text exchange (including a screen-grab of the message) anyway.

Brack’s column was clearly intended to fluff McMaster while portraying Templeton in a negative light (we suspect it won’t be his last attempt to do so, either), but we don’t necessarily agree that it was “sexist.”

Others have told us they agree with Senn … but we don’t see it (of course we’ve been called us sexist in the past, so who knows).

That’s not the real issue as far as we’re concerned, though …

The real issue is Brack publicly disseminated the contents of what was clearly a private communication – after he was explicitly told the message was “not for publication.”

And it seems he did so for no other reason than to make his news outlet seem important for having elicited such a reaction from a sitting State Senator.

To be fair, Brack was well within his rights to publish the message – just as a reporter from The New Yorker was within his rights last month to publish quotes that ultimately resulted in former White House communications director Anthony Scaramucci getting fired from his job after just ten days.

In dealing with members of the press, there is technically no such thing as “off the record” – especially when an email, phone call or text message is initiated absent any explicit reference asserting confidentiality.

It’s all technically “live ammo” at that point.

But there’s a flip side to that coin.  While a reporter is certainly entitled to publish quotes from their sources as they see fit, there are consequences to betraying a source’s confidence.

Reporters who care about maintaining long-term, mutually beneficial relationships with their sources have a bias toward protecting them, not exploiting them for short-term gain.

Bottom line?  In the information gathering and dissemination business, trust is the single most valuable commodity there is – and you don’t obtain it by burning people.