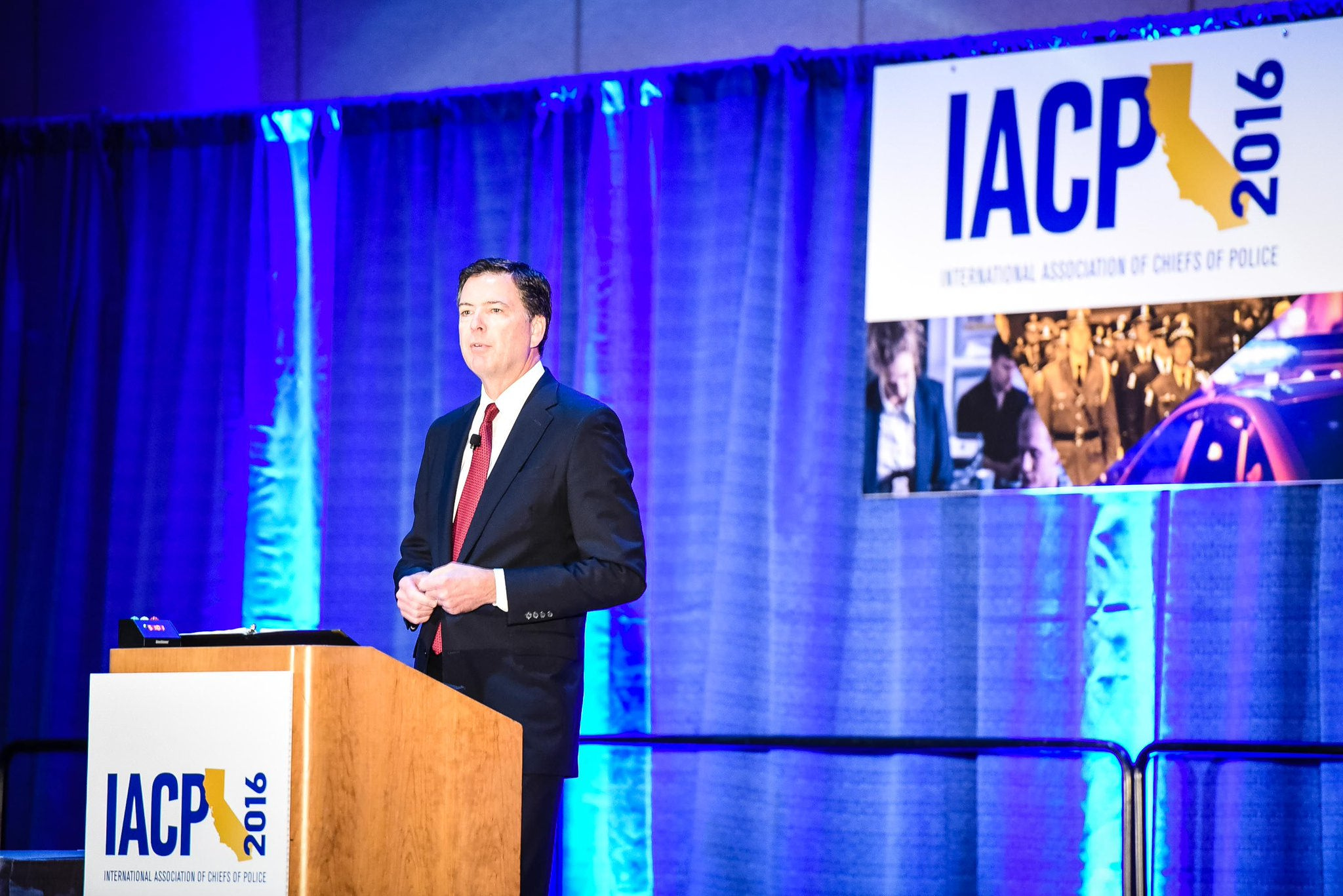 Federal Bureau of Investigation (FBI) director James Comey was fired from his post late Tuesday by president Donald Trump.  According to the White House, the embattled law enforcement officer was removed based on a recommendation from U.S. attorney general Jeff Sessions, who wrote a letter to Trump saying the FBI needed a “fresh start.”

“While I greatly appreciate you informing me, on three separate occasions, that I am not under investigation, I nevertheless concur with the judgment of the Department of Justice that you are not able to effectively lead the bureau,” Trump wrote in a letter to Comey dated Tuesday, May 9. “It is essential that we find new leadership for the F.B.I. that restores public trust and confidence in its vital law enforcement mission.”

“You are hereby terminated and removed from office, effective immediately,” Trump’s letter stated.

A follow-up statement from the White House noted that “the president has accepted the recommendation of the Attorney General and the deputy Attorney General regarding the dismissal of the director of the Federal Bureau of Investigation.”

Comey, 56, was appointed to lead the FBI in September 2013 by former president Barack Obama.  Prior to that he served as U.S. attorney and deputy attorney general in the administration of former president George W. Bush.

Comey rose to prominence during the 2016 presidential election for his questionable handling of the investigation of Democratic nominee Hillary Clinton‘s extra-legal private email server.

In July 2016, Comey’s agency recommended that Clinton not be prosecuted for sending and receiving classified information over her private network, which appears to have been created for the sole purpose of keeping her and her husband’s pay-to-play corruption under wraps.

In the final days of the race, though, Comey announced that the FBI had reopened its investigation into the Clinton emails after recovering additional information on a laptop belonging to disgraced former U.S. congressman Anthony Weiner.

Finally, less than thirty-six hours before voters went to the polls Comey announced that Clinton – once again – had been cleared.

“The FBI must be beyond reproach and cannot even be perceived as being politically weaponized,” said Rick Manning, president of Americans for Limited Government. “Attorney General Jeff Sessions’ recommendation that former FBI Director James Comey had lost the trust of the people and as a result, was harming the Justice Department’s credibility is exactly right. By acting decisively President Trump made the right decision to restore the FBI’s as the preeminent law enforcement agency in the U.S.”

“This is an important move to restore public confidence in the fair administration of justice at the Federal level,” said Tom Fitton of Judicial Watch.  “Mr. Comey did not seem to understand some of the laws he was asked to investigate and unfortunately politicized his sensitive positon as the FBI director.  President Trump took the right step in cleaning house at the FBI.”