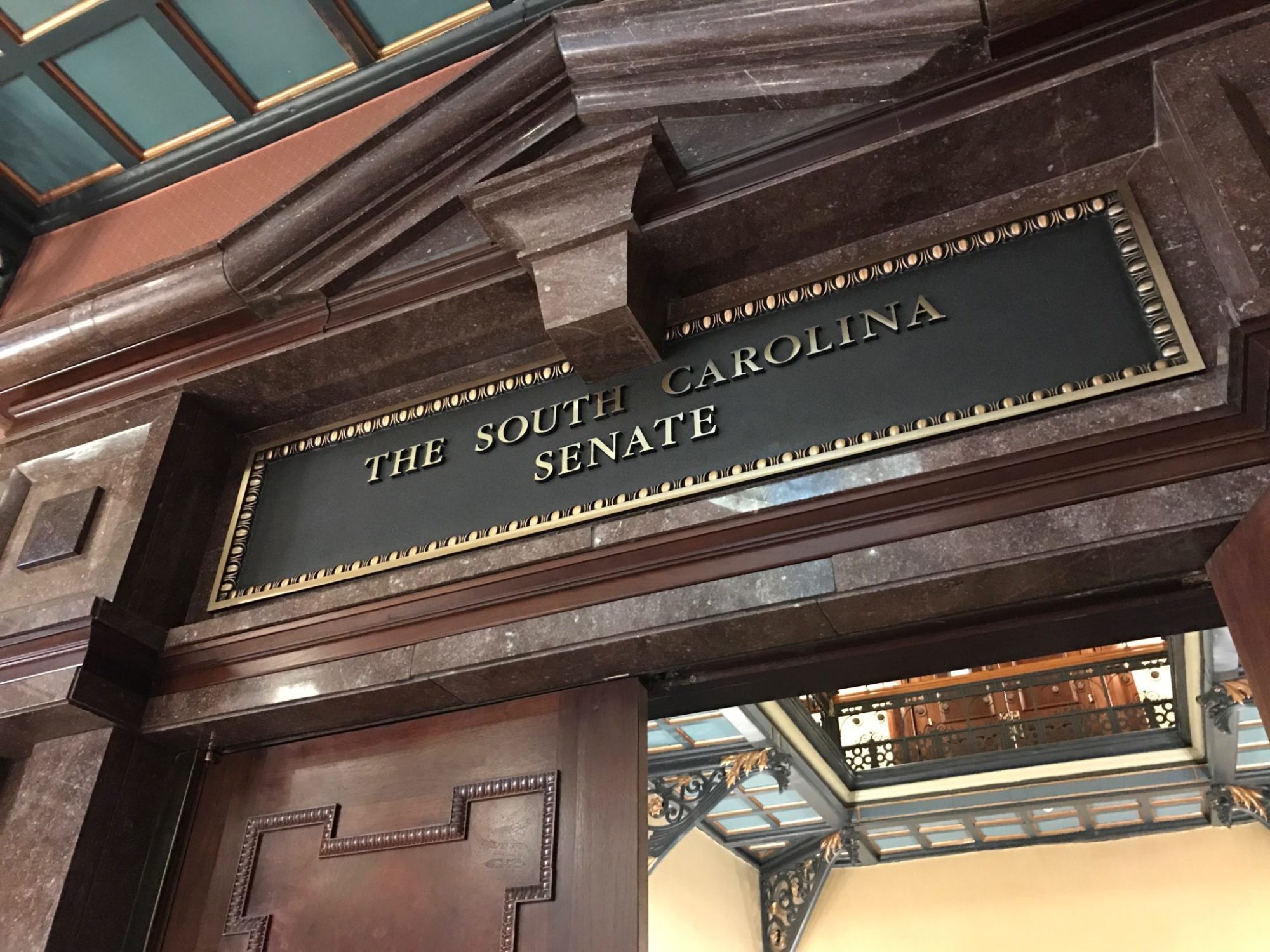 In each of the past two years, S.C. Senator Tom Davis of Beaufort County has been able to successfully block proposed gas tax hikes in the State Senate.

Davis’ attempt to filibuster a massive five-year, $1.8 billion tax increase (one that imposes an $800 million annual tax hike in perpetuity thereafter) was shut down by a 26-16 vote less than an hour after the fiscally conservative stalwart took the floor.

Shortly thereafter, the so-called “Republican-controlled” Senate passed the massive tax hike by a 33-10 vote – a veto-proof margin that was secured only after Senators claimed to have included more than $600 million in offsetting tax relief into a voluminous compromise amendment.

We believe that estimate to be dubious at best …

Either way, both the S.C. House and State Senate have passed tax hikes this year by veto-proof majorities, although there are obviously major differences between the two chambers’ proposals.  Those differences must now be reconciled by a conference committee appointed by legislative leaders, at which point the compromise must be approved by both chambers.

Assuming that happens, the stage will be set for S.C. governor Henry McMaster to make good on his threat to veto this bill.

We shall see … early this week McMaster sold out taxpayers by signing an $826 million annual tax hike to cover the woeful mismanagement of state government employees’ pension fund.

Is another sellout in the works?

Let’s hope not, but even if McMaster does keep his word and veto this bill it’s looking increasingly as though the “Republican” legislature may have the votes to override him – assuming the two chambers can get together, that is.

House “Republicans” are adamant that their plan – a straight-up tax hike – is preferable to the Senate bill.  In fact, they took the unusual step of incorporating the tax increase into their version of the state budget this week – setting up another showdown with the Senate.

This website has been adamant in its opposition to this tax hike ever since it was first proposed three years ago.  As such, we’re profoundly disappointed in the Senators who voted to advance this bill, but we’re incredibly proud of Davis and the handful of Senators who stood by him in his efforts to inject some long overdue fiscal sanity into this debate.