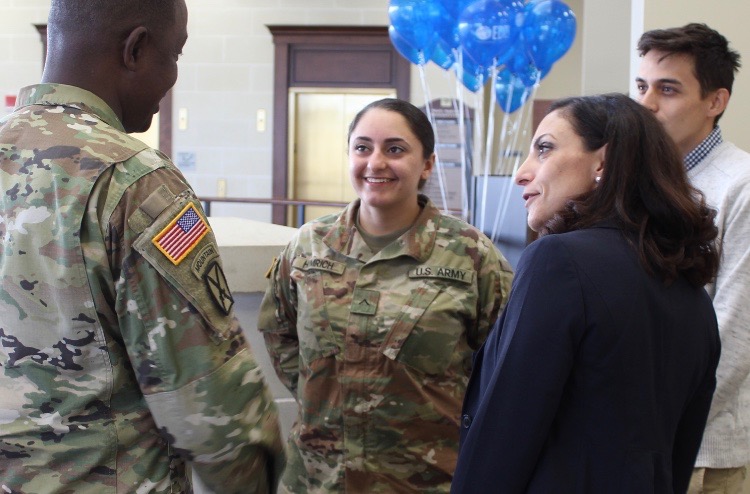 COLUMBIA, SC – First-term State Representative Katie Arrington (R-Summerville) introduced legislation this week to ensure all of the power in Columbia does not lie in the hands of only a few longtime politicians, by limiting the tenure legislators can serve as committee chairmen.

“I promised my constituents that I would shake things up in Columbia to make government more efficient, effective, accountable and ethical,” said Arrington. “For too long, our state has suffered because certain politicians refuse to accept new ways to solve problems. South Carolinians suffer because these politicians remain complacent, as issue like our roads worsen, simply for the sake of maintaining their own political power. While I know my legislation will not make me many new friends in Columbia, I also know that this legislation is necessary to truly return power back to the people.”

Arrington’s joint resolution would limit a State Representative and a State Senator from serving as a committee chairman for no longer than 12 years. Being that the legislation would amend the State’s Constitution, it would require not only passage in the House and Senate, but also passage by voters during a general election.

“I have introduced this legislation as a Constitutional Amendment, as opposed to a Rules Change, so power-hungry politicians cannot simply change the rules in a future session. Furthermore, by having the voters make the ultimate decision on this issue, future politicians would be more accountable to their constituents should they try to revert back to the ‘good ‘ol boy’ system of how power is had in Columbia.”

Arrington’s legislation was read across the Speaker’s desk on Tuesday as H 4130 and has been assigned to the House Judiciary Committee.