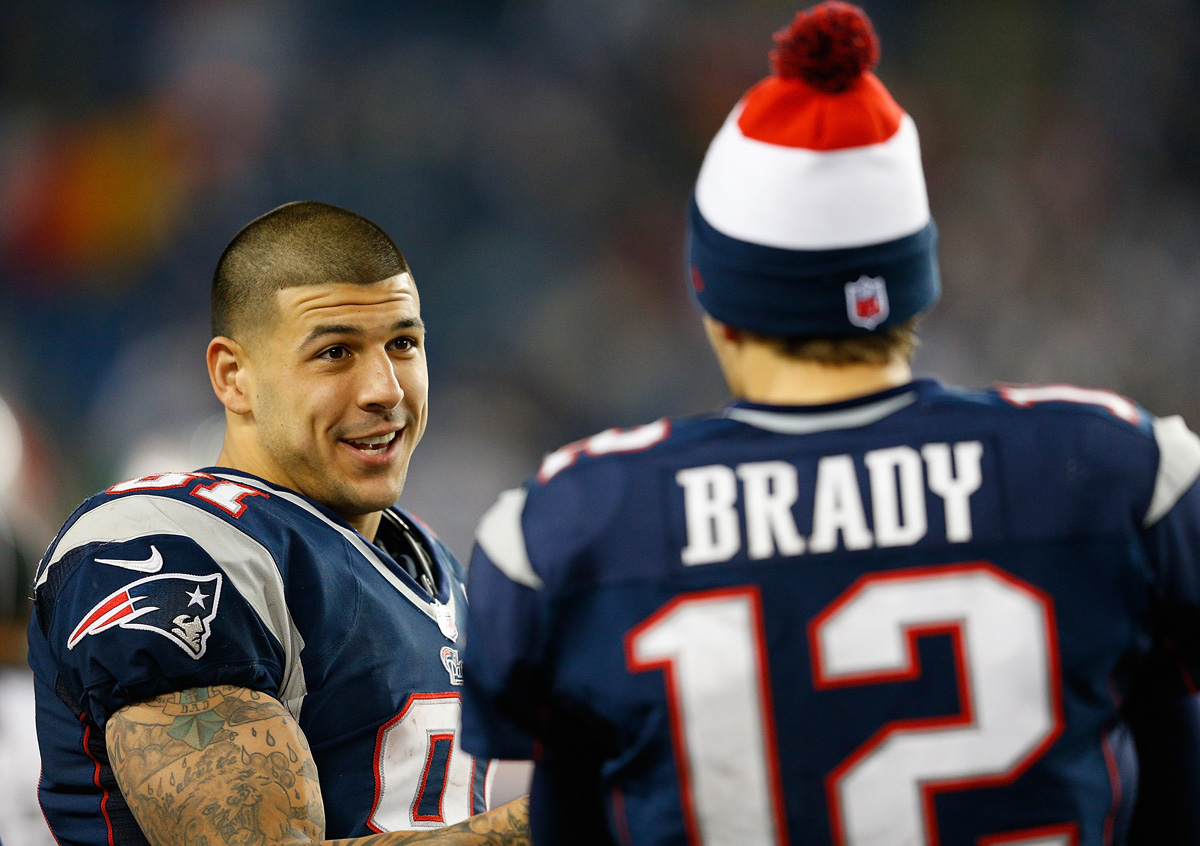 Hernandez’s body was discovered at around 3:00 a.m. EDT by guards at the Souza-Baranowski Correctional Center in Shirley, Massachusetts.  An hour later he was pronounced dead by doctors at the UMass Memorial-HealthAlliance Hospital in Leominster.

Just five days ago, Hernandez was acquitted on a pair of murder charges stemming from a 2012 nightclub shooting.  He was still serving a life sentence without the possibility of parole in connection with Lloyd’s murder, though.

Hernandez played in thirty-eight NFL games from 2010-12, catching 175 passes for 1,956 yards and eighteen touchdowns. Prior to his NFL career (which included a 2011 Pro Bowl designation), he played three seasons at the University of Florida – winning first team All-American honors as well as the John Mackey Award as the nation’s best tight end in 2009.

Hernandez’s death came on the same day many of his former teammates – including future Hall of Fame quarterback Tom Brady – were headed to the White House to be honored for their thrilling, come-from-behind Super Bowl LI victory over the Atlanta Falcons.