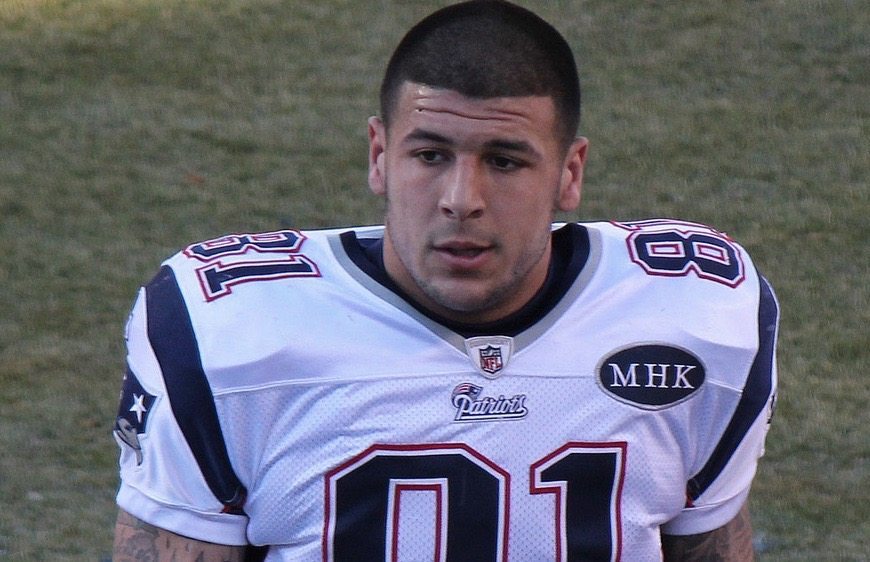 ONE MURDER RAP DOWN, TWO TO GO …

Hernandez, 25, was sentenced to life in prison without the possibility of parole for killing Lloyd – although his conviction will be automatically appealed per Massachusetts state law.  For those of you keeping score at home, the Bay State hasn’t executed anyone since 1947 – and courts effectively banned the punishment in 1975.

Seven years later, voters moved to reinstate the death penalty via a constitutional amendment – but two years after that, in 1984, a court struck the new law down.

“Aaron Hernandez may have been a well-known New England Patriots football player,” said Thomas Quinn, the attorney who prosecuted the case.  “However, in the end, the jury found that he was just a man who committed a brutal murder.”

Not just one, either … allegedly.

In addition to the Lloyd case, Hernandez stands accused of gunning down Daniel de Abreu and Safiro Furtado – and wounding another victim – following an encounter at a Boston nightclub in July 2012.

That case remained unsolved for months as Hernandez continued to play for the Patriots.  In fact he signed a five-year, $40 million contract with the team just one month after the shooting – which was reportedly precipitated by de Abreu accidentally bumping into Hernandez at a night club, causing him to spill his drink.

Hernandez played in thirty-eight NFL games from 2010-12, catching 175 passes for 1,956 yards and eighteen touchdowns.  Prior to his NFL career (which included a 2011 Pro Bowl designation), he played three seasons at the University of Florida – winning first team All-American honors as well as the John Mackey Award as the nation’s best tight end in 2009.

Gamecock Arms Race Is On …