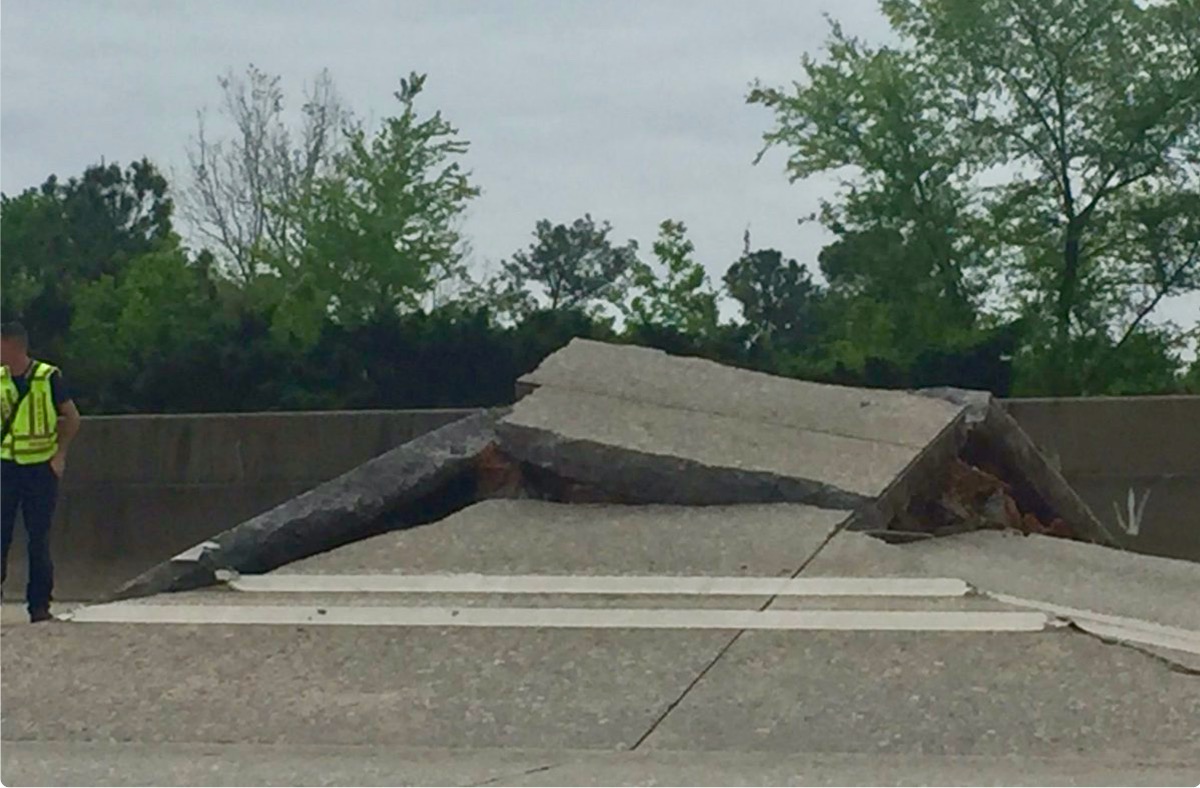 Just weeks after a crackhead allegedly started a fire that collapsed a busy section of Interstate 85 in north-central Atlanta, Interstate 20 is now falling apart.

Two of the Interstate’s four westbound lanes in DeKalb County buckled on Monday afternoon – sending pavement (and one unlucky motorcyclist) flying.  The motorcyclist has been hospitalized as a result of injuries sustained during the incident.

According to the Georgia Department of Transportation (GDOT), its crews were working on an abandoned gas line below the roadway when something went wrong.

A press release from the agency stated that the problem was due to an “underground utility instillation (sic).”

“Inspectors are assessing the situation and crews are prepared to work quickly to repair the Interstate,” the agency’s release noted.

Atlanta’s recent infrastructure issues are compelling reminders of what happens when government forgets what it’s supposed to be doing.

Unfortunately politicians – at all levels – continue to expand the size and scope of government, wasting tax dollars on non-essential “priorities” (i.e. crony capitalism).  This drains resources away from core functions, and drains the economy as well.

In fact Atlanta is an arch-offender …