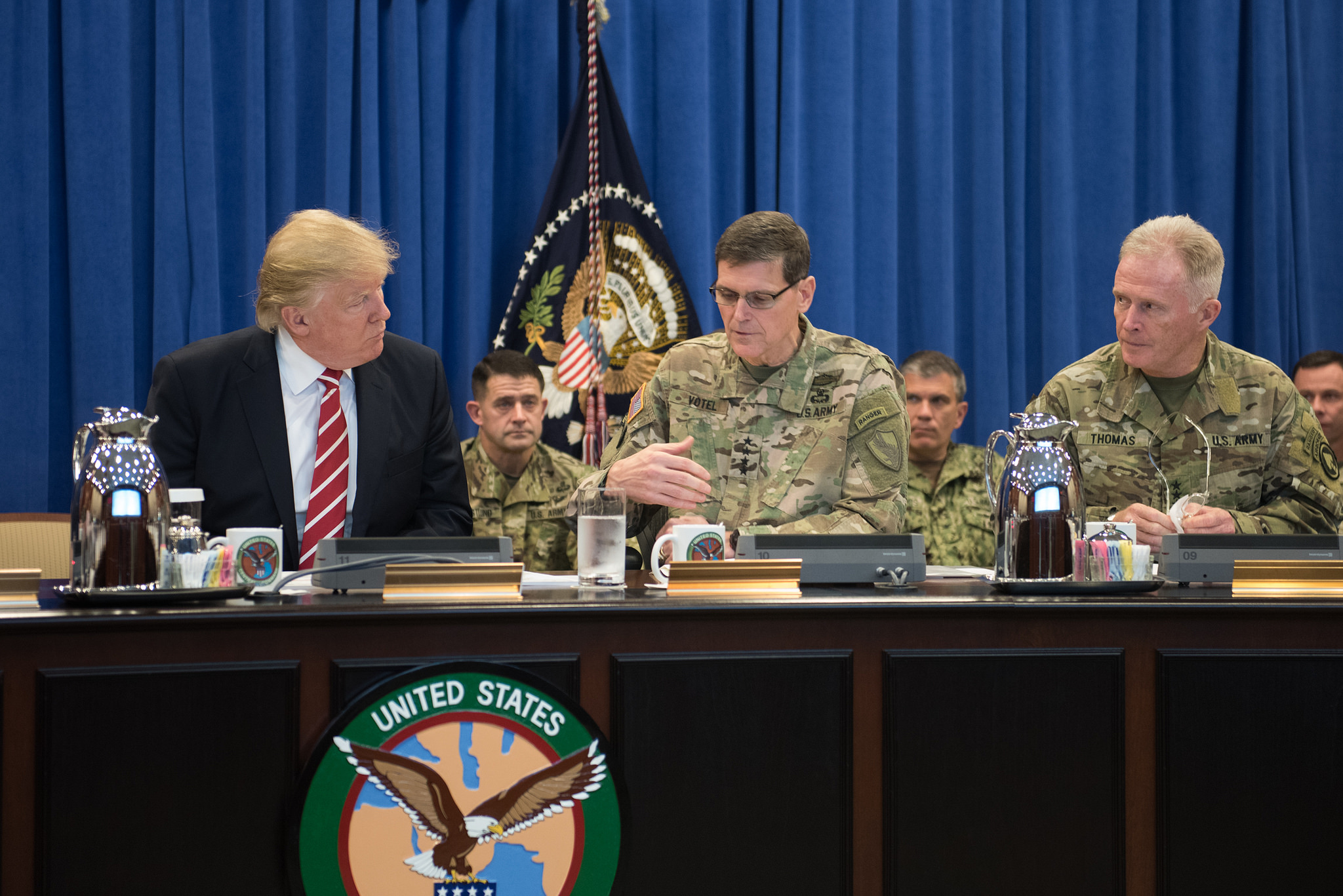 Saber-rattling around the world has helped U.S. president Donald Trump add some yeast to his previously plunging approval ratings.

According to Rasmussen, fifty percent of likely U.S. voters currently approve of the job Trump is doing – with fifty percent disapproving.  Two weeks ago – before Trump launched military strikes against Syria – only 42 percent of voters approved of his performance in office.

Since then, Trump has not only intervened in Syria he has dropped the “Mother of All Bombs” in Afghanistan and dispatched an American carrier group to the Korean Sea in anticipation of a showdown with North Korean socialist monarch Kim Jong-Un.

Trump’s suddenly militaristic foreign policy (he ran as a non-interventionist, remember?) comes amid a string of setbacks on the domestic front – including a colossally mismanaged (and failed) battle to repeal former president Barack Obama‘s socialized medicine monstrosity and a retreat on the issue of tax relief.

Oh, and then there’s the economy … which still can’t seem to catch a spark.

Still, the warmongering – which this website generally opposes – has clearly helped Trump.  According to the Rasmussen data, the percentage of likely voters who “strongly disapprove” of Trump’s performance in office has dropped from 47 percent to 39 percent.  Meanwhile the percentage of those who “strongly approve” of Trump’s performance has inched up from 27 percent to 30 percent.