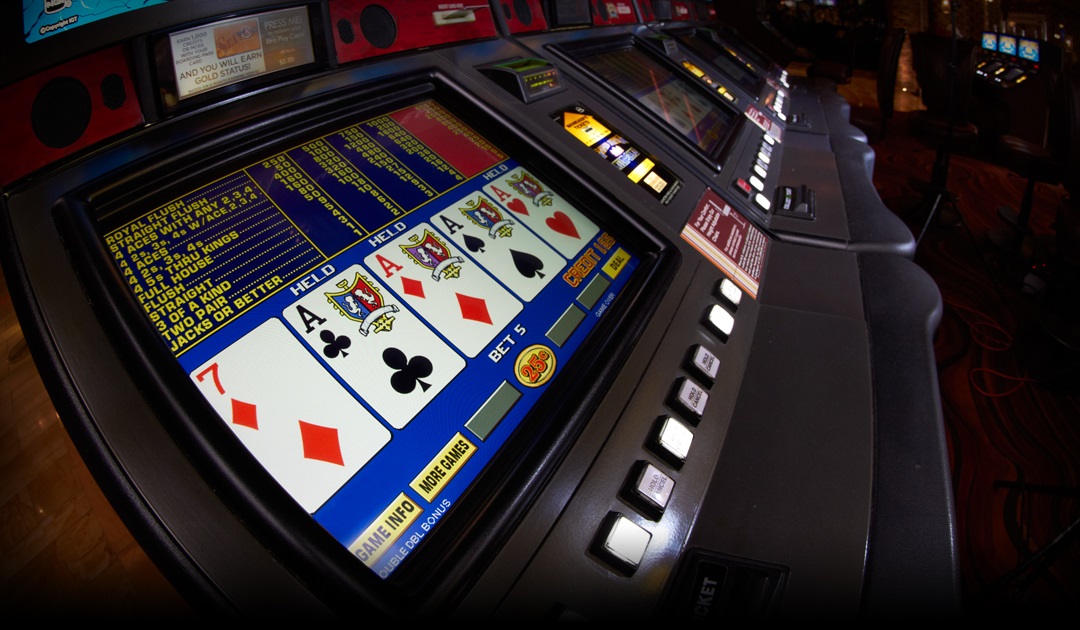 Two months ago we filed a report on the resurgence of video poker in the Palmetto State.

In our coverage, we noted there were probably anywhere between 6,000 and 10,000 video poker machines operating in South Carolina.  That number is steadily growing, we’re told.

How come?  For starters, state and local law enforcement agencies continue to cut down on the number of raids launched against suspected video poker targets.

Less enforcement obviously means more opportunity for game owners and operators.  Meanwhile the machines themselves have become far more advanced – able to be quickly (and remotely) rebooted so as to resemble video games that are perfectly legal.

And even when a handful of machines are seized during a rare raid, owners and operators have already factored in the losses as the “cost of doing business.”

The proliferation of video poker is most pronounced in the South Carolina Upstate, which is “free to be corrupt,” we’re told.

“The way it works is suppliers put machines out in stores,” a source familiar with the intricacies of these operations told us. “Store owners get a cut of the profits – usually fifty percent.  Suppliers make the rounds every week or so and collect money.”

Every week or so … except when there’s a looming law enforcement raid.

“When they get tipped off, they go ahead of us and pick up machines before we get there – or call their clients and tell them to empty the money out,” the source added.

SLED has since pulled back its video poker efforts dramatically, due in no small part to a “near total lack of cooperation” from city and county law enforcement agencies. 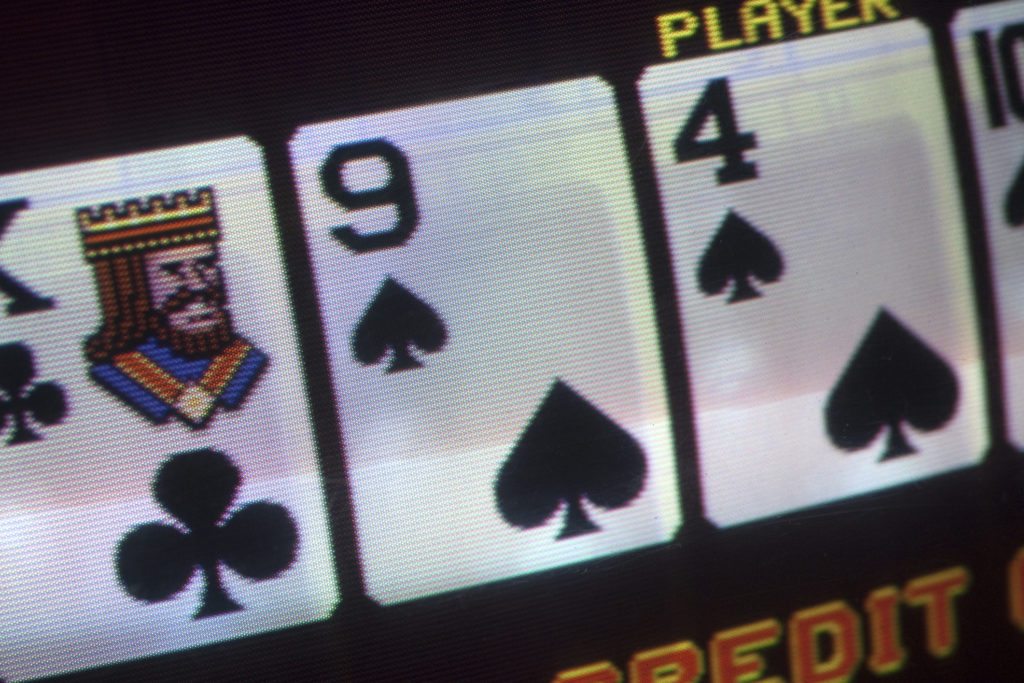 Video poker is illegal in South Carolina – and has been for nearly two decades.  It was outlawed by order of the S.C. Supreme Court in 2000 (a decision we believe to have been reached erroneously, by the way).

Specifically, the court’s justices blocked a referendum that would have given Palmetto State residents the right to vote on video poker’s legality.

“We believe voters should have had the right (to vote on video poker) … but we also believe the S.C. General Assembly is authorized to approve whatever gambling operations it wishes,” we wrote recently.  “Unfortunately, sanctimonious state lawmakers prefer to rail against the ‘evils’ of gambling – even as they operate a government-run gambling monopoly.”

Sanctimoniousness and hypocrisy aside, state law expressly forbids the possession or operation of video poker machines (S.C. Code of Laws § 12-21-2710).  And socially conservative lawmakers – including influential S.C. House judiciary chairman Greg Delleney – have made it clear they are in no hurry to amend the statutes.

Do we support such prohibitions?  No, we do not.  As libertarians, we believe in the legalization of all forms of gambling.

We also believe the current system creates a corrupt climate of selective enforcement – as we witnessed in the fallout from the infamous “Lexington Ring,” a cabal of crooked cops and corrupt politicians that was relentlessly exposed by this website five years ago.

According to our sources, the ring was (is?) “one of dozens of underground criminal networks in the Palmetto State that use video poker as a moneymaking tool.”

In the Upstate, these networks are operating with impunity.  Warehouses filled with poker machines sit mere yards away from local police headquarters – with machines moved in and out in the light of day.  According to our sources, Anderson, Pickens and Oconee counties are “the worst” in South Carolina when it comes to such illicit operations.

Not only that, many of the local politicians in these areas are owners (or part owners) of some of the “amusement” companies that provide these machines.

No wonder the cops look the other way, right?

“They will say ‘we specialize in entertainment machines,'” one law enforcement source told us of a typical operation. “On the surface these machines look like trivia games but they are rigged so that you have to enter a password when the machine boots up – AND you have to insert money before the poker screen comes up.”

And like smartphones, the machines are also equipped with technology that allows them to be remotely accessed.

“When they think police are near, they have remote controls that turn off the poker games,” our source added.

Some video poker machines are also disguise their identities inside familiar arcade classics.

“They have Pot-O-Gold machines where the games are hidden with a remote control under a Super Mario Brothers or Donkey Kong game,” our source explained.  “It switches between two mother boards.  If you are ever in a bar with a bunch of crusty old drunks and see a Donkey Kong machine it’s probably not Donkey Kong.” 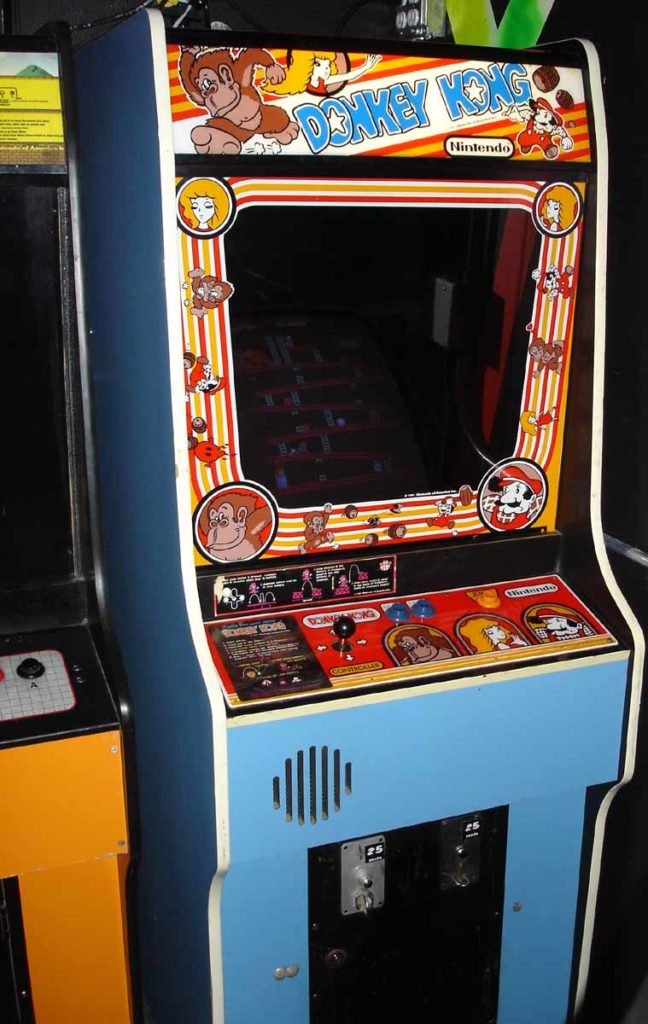 In those instances when the games cannot be hidden or controlled remotely, other methods are used to help poker operators evade apprehension.

Again, as we’ve stated previously –  we have no problem whatsoever when it comes to legalizing video poker.  Nor do we have a problem when it comes to legalizing other forms of gambling.  We believe all of these games should be legalized – although from an economic standpoint it’s obviously easier to make the case for legalizing some forms of gambling (i.e. casinos on the South Carolina coast) as opposed to others (i.e. the statewide lottery).

Furthermore, it’s hard not to admire the creativity of the black market operators who run these games – and the proof they are providing us as to the vitality of the free market, which resists all attempts to be suppressed.

Having said that, the selective enforcement issue of these poker outfits remains a major concern.  If local politicians and police officers are indeed in on the racket, as we’ve been told they are, then we’re not dealing with the “free market” at all – we are dealing with one in which government is restricting or permitting commerce based on bribery.