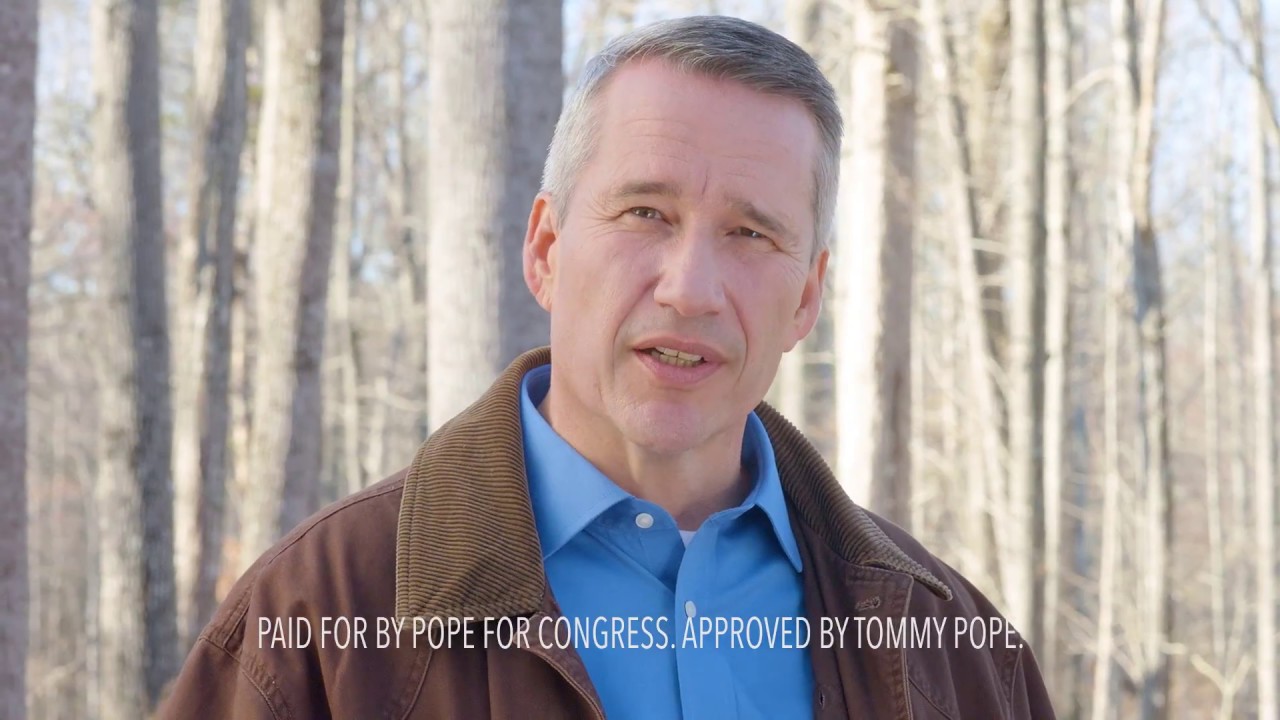 FRONTRUNNER OUT OF THE GATE WITH INTRODUCTORY TELEVISION SPOT …

The spot – entitled “Law and Order” – focuses on Pope’s career in law enforcement.

“As a police officer I caught the bad guys,” Pope says in the thirty-second advertisement.  “As a prosecutor I put them away.”

Pope’s spot goes on to outline his priorities in the event he wins the special election to replace Mick Mulvaney, who was confirmed last month as Donald Trump‘s director of the White House Office of Management and Budget (OMB).

“As your congressman I’ll rebuild our military to destroy ISIS, give more resources for law enforcement and finally repeal Obamacare,” Pope said.

Wait … no mention of Pope’s views on taxes?

Anyway, sources close to Pope’s campaign tell us the advertisement will run for the next four weeks all across the fifth district on conservative cable and radio.

Three Democrats – Alexis Frank, Les Murphy and Archie Parnell – have announced their candidacies, and the race also features a Green party candidate (David Kluma) a Libertarian (Nathaniel Cooper) and a fusion candidate (Bill Bledsoe, who is currently running as both a Constitution and Libertarian party candidate).

The fifth district (map) covers the northern central portion of South Carolina – including the booming suburbs of Charlotte, N.C.  It has been reliably Republican since it was redrawn prior to the 2012 elections – although Mulvaney won it from Democrat John Spratt during the Tea Party wave of 2010.

#ProbeGate: Past, Present And Future