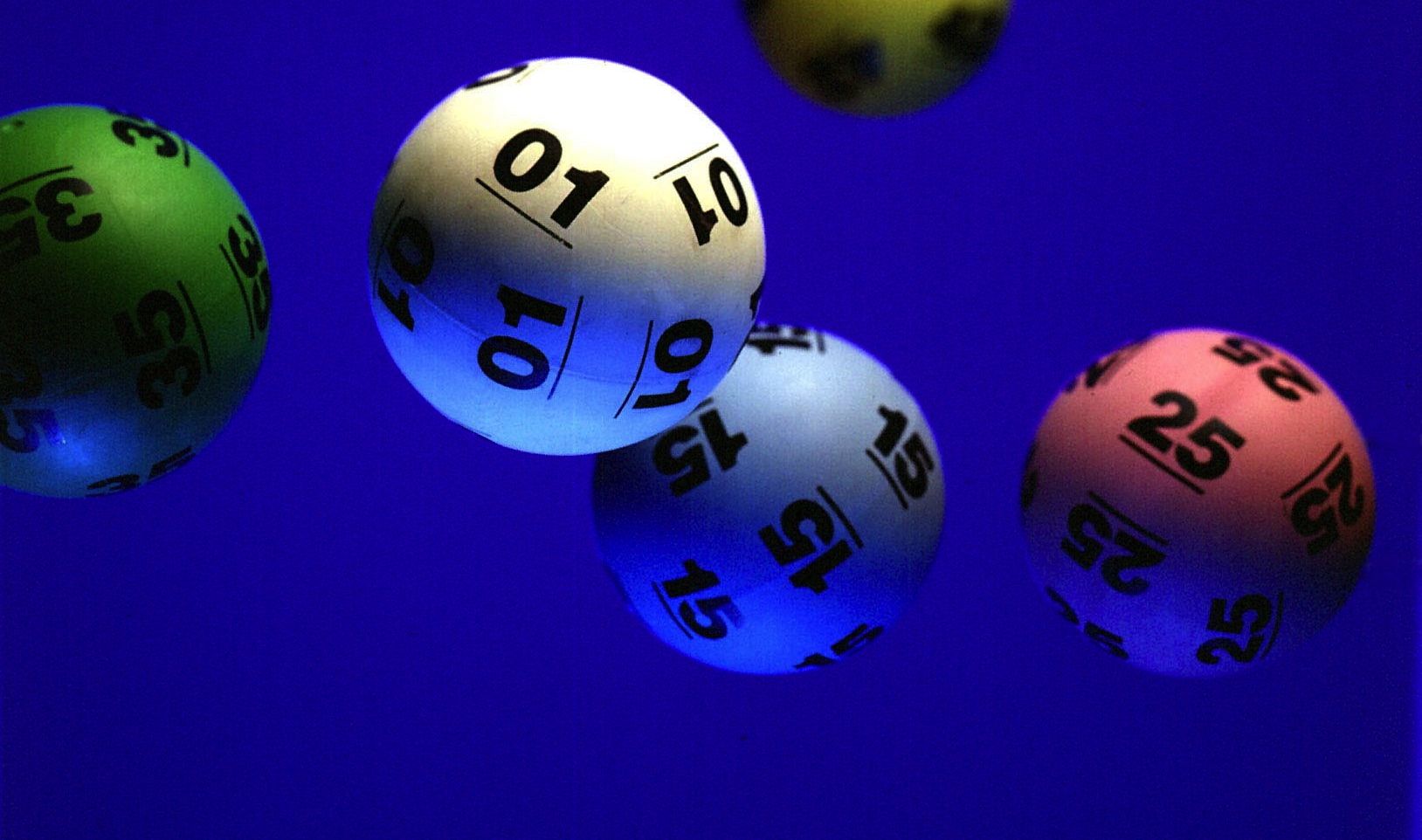 BUT THE REAL QUESTION WON’T GET ASKED …

The S.C. Legislative Audit Council (SCLAC) will release a report on the Palmetto State’s government-run gambling monopoly later this month … on Halloween, actually.

Not only will the report address the operations of the so-called S.C. “Education” Lottery, it will also delve into whether the proceeds from these games are actually going where they’re supposed to be going (here’s a hint: they’re not).

What will the report likely leave totally unresolved, though?  The real question: Whether running a gambling ring is a core function of government.

This website has repeatedly argued in support of private sector gaming … and in opposition to the state’s government-run gambling monopoly (which has been embraced by Gov. Nikki Haley and the state’s “Republican” General Assembly).

In fact we find it highly hypocritical how our state’s leaders rail on the social evils of gambling … while running a gambling operation.

Makes us think the real reason behind their full-fledged assault on gambling is to preserve their own monopoly.

The Other Side Of “Marriage Equality”

Amazing….somehow an audit of a gov’t organization that is collecting money voluntarily and then redistributing it(one of the few things gov’t does without compulson) can get pushed through….yet dare to ask the SCDOT to account for their funds and you’re an “obstructionist”, or a fool to not want to appropriate taxpayer funds to them until they can do so.

Priorities, man. The lottery is serious business. Roads? Who cares about roads?

South Carolina is a corrupt joke and a half.

Uh, don’t they audit it every year?

Right after she took over, there was a SCEL-based game which had a name close to the Mega Millions, multi-state game. SCEL decided to do away with this game to avoid confusion between the two games. This game, the name of which I don’t recall, was one of those deals where if nobody won at this drawing, an amount was added to the jackpot and it would grow with each passing drawing where nobody won the jackpot. This game had reached its highest ever level at the time of the last drawing. Nobody won it. PHB, chose to “pocket” the jackpot for SCEL’s benefit, rather than doing the honorable thing and have a second-chance drawing, allowing SOMEbody to win it. In effect, she reduced the chances of all who played this game of winning that jackpot to zero.

There has been more than a little monkeying around with the SCEL Palmetto Cash 5 game since PHB took over. They went from three drawings a week to seven a week, considerably reducing someone’s chances of winning a jackpot prize. As if this wasn’t bad enough, for a couple or three years, nobody won the maximum prize possible in that game of $500,000 which occurred if someone matched all five numbers in a play AND got the multiplier (Power Up option) at 5. Prior to Paula taking over, you used to see a minimum of two or so people win that maximum prize per year. After I called her out on several news boards about this, you started seeing about two $500,000 winners per year, but now almost never see the $100K, $200K, $300K, or $400K winners, which used to happen fairly regularly. For this reason, I and several friends no longer play that game. PHB needs to learn that while the odds need to be stacked in favor of “The House” for the “House” to make it worth their while, the players need a decent chance of winning or they will cease to play.

Other damhfoolery on PHB’s watch includes the $1,000,000 scratch-off games with second chance option which have rules requiring second-chance drawing winners to allow SCEL to use their name and image in promotional ads and the like. I hope the first time one of these people is robbed or otherwise has themselves and their families placed in danger for this stupid policy, they sue SCEL and PHB for their losses and/or damages. One more reason NOT to play the SCEL games.

“There has been more than a little monkeying around with the SCEL Palmetto Cash 5 game since PHB took over. They went from three drawings a week to seven a week, considerably reducing someone’s chances of winning a jackpot prize.”

It’s not a jackpot though, is it? Isn’t that a fixed amount prize? I would have thought increasing the number of drawings would increase the number of winners. Then again math never was my strong suit.

It is interesting that the number of winners has greatly decreased since Paula took over, if that is true. Have the odds been deliberately altered to reduce the chances of people winning the big prize?

I believe that they have. Going to seven days a week for drawings, instead of the previous three, causes someone with a limited amount of money to piss away on lotto tickets to have to spread that money over four more drawings than they would have had to before. This means fewer sets of numbers played per drawing and a reduced chance to win a (what I call “jackpot”, meaning the BIG prize) grand prize.

Additionally, it is kind of odd to note that they cease selling tickets for this game 30 minutes before a drawing and often don’t release the “winning” numbers until 30-45 minutes or more AFTER the drawing. It really makes you wonder if they don’t get the computer to tally up the numbers that would cost SCEL the least for that drawing and then somehow arrange for those numbers to be “selected” by the ball machine. I’m not saying that is the case, but where there is smoke….

Oh, I see what you’re saying. I did find an article on the web that said the number range went from 36 to 38 in 2005, so I suppose that would decrease your odds too.

I remember a few years ago there was a controversy about the lottery continuing to sell scratch off tickets long after all the top prizes had been given away. I wonder if they’re still doing that. Seems pretty sleazy to me.

Oh man, you called that one, too!!!! I believe the are still doing that with some games, but have cut down on the time those games remain on sale in most cases.

lol, I’m not a conspiracy theorist, but I looked at the SCEL website and the Winners section hasn’t been updated since 2012.

When checking for the non-scratch off games, I go to the main SCEL page and click on the game, such as “Cash 5”. This brings up a list of the last 5-7 (maybe more) sets of numbers and the number of winners in that game who got 2, 3, 4, or 5, matching numbers on their ticket. You will have to go back a few months or more to find a winner with all five numbers, much less one who got them when the multiplier was a “5”.

Paula just shows that men aren’t the only ones who never lose their high school haircuts.

HAW-HAW..!! Thanks, that was an episode I missed – my sides are still hurting….

You know way too much about the lottery than is healthy. All I want to know is do they still have the Duck Dynasty scratch offs?

Hi BIble Thumper! It appears that they don’t, according to the “Prizes Remaining” page. Sorry.

“What will the report likely leave totally unresolved, though? The real question: Whether running a gambling ring is a core function of government.”

I guess they asked and answered that question to their satisfaction before they put the question of a state run lottery to the voters, who approved it (I voted against, but no one ever listens to me).

“In fact we find it highly hypocritical how our state’s leaders rail on the social evils of gambling … while running a gambling operation.”

Well said, Sic. Hard to argue with that.

Didn’t Bill Harper, Paula’s brother end up with some cushy job with the SC Lottery?

I like where they run ads promoting the lottery. They also run ads warning against gambling addiction. Oddly, they never combine the messages into one ad.

Last Friday I was pumping gas and there was a guy in an old beat up Buick scratching cards at the next pump. He went into the store 3 times while I was there and then left without buying any gas.

I see more dudes like me buying powerball tickets…Khakis, polo, Friday afternoon, total shit week, 12 pack of beer in one hand, 4 bucks for a powerball in the other.

Its only Monday, and I bought one already.

I,for one, welcome this audit.
I buy one ticket with power up for Power Ball and Mega-Millions each draw day.
As yet, I haven’t won the jackpot.
My wife NEEDS her beach front Edisto house, and I for one have “earned” my 3000 acre “eccentric recluse’ estate.
And I WANT WHATS CONING TO ME!!!!!!!!!!!

Remember the “money tree”? That entreating revenue source that mysteriously appears every year to the tune of one hundred million or so? That revenue source that budget writers simply can not predict yet befalls into the General Assembly’s pockets every year? How about that money being SC’s take from Power Ball and Mega Million ticket sales! The last time I checked, SC gets 10% from all chances sold.

Grasping a can of beer (or a glass of vino?),
There he is, on the floor of a Private Enterprise Casino–
Wan Fitz-Willie, his hands all over some chippie with chips;
“Let’s put it on the black,” escapes his lips.
The broad lets out a trademark squeal;
She is, apparently, mesmerized by a roulette wheel……

‘There you go again,’ Fitz-Willie; you’re rambling on–
One wonders what you’re really gambling on–
A Libertarian’s bawdy form of “freedom-ism?”
Or merely mercenary political hedonism?
Every facet of SC state government should be subject to an audit.
They are necessary; they should be applauded.
There is no mystery here:
A bureaucrat should live in fear.
But to privatize the SC State Lottery
And turn it over to some Guido?
You’re sure to smash a pile of political pottery
And agitate the governess who lounges on the lido.
We already have market-based betting;
It’s a lesson worth not forgetting.
Are you not nauseous and replete
With recollections of 2008 and Wall Street?