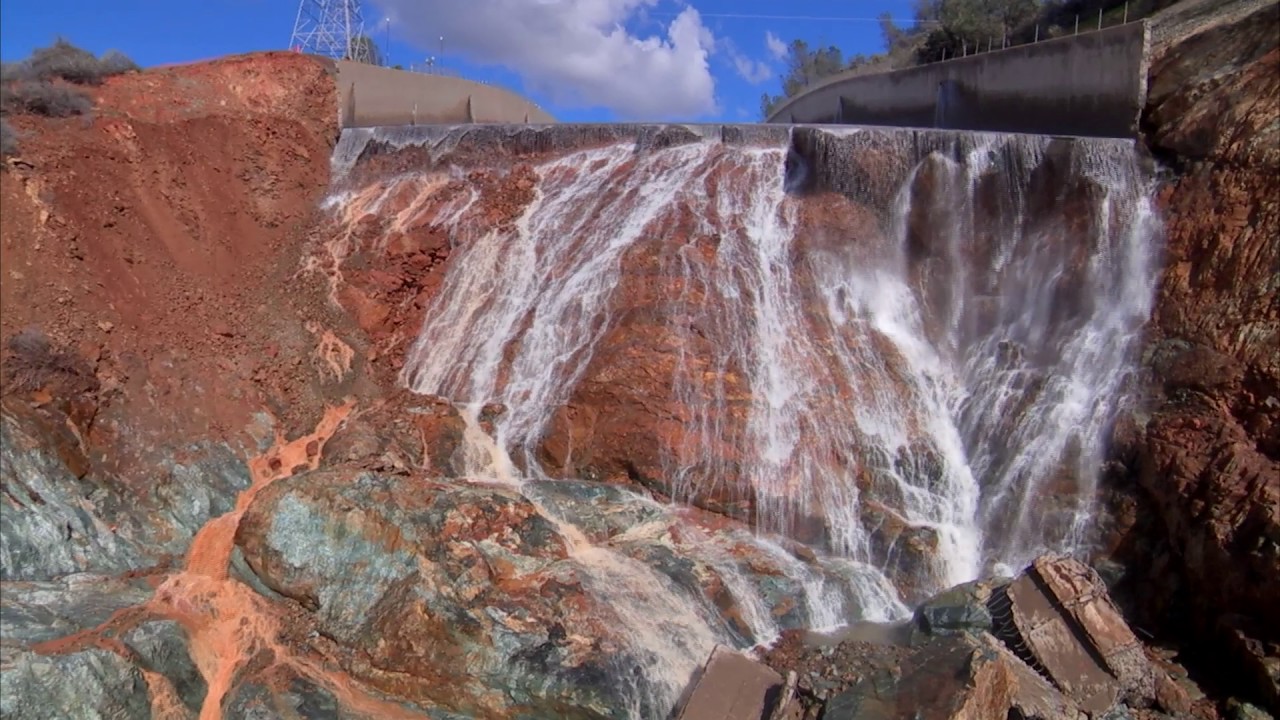 We addressed the debacle at the Oroville Dam in California last month in this post.

Our contention?  That the fools in Hillary Clinton country should probably think about funding core infrastructure needs before they continue shelling out billions of dollars to subsidize the state’s massive illegal alien population.

Anyway, a video (above) released earlier this week by the California Department of Water Resources (DWR) – shows the severity of the damage to the dam’s spillway.

Built by the state of California in 1967, the Oroville dam was supposed to be reinforced with concrete back in 2005 – but California’s Department of Water Resources (DWR) refused to pay for the $200 million upgrade.

Again … the state has apparently been too busy spending an estimated $25.3 billion a year on “education, health care, law enforcement, and social and government services to illegal aliens and their dependents,” according to a 2014 study released by the Federation for American Immigration Reform (FAIR).

The dam – which holds the second-largest reservoir in the state – was on the verge of collapse last month, prompting the evacuation of nearly 200,000 Californians.

“The main spillway was damaged when the dam operators attempted to release some water to control the depth of Lake Oroville,” explained Daniel Lang of the website SHTFPlan.com “Essentially, a crater unexpectedly emerged in the middle of the spillway, and when the water flowed through that hole, it eroded the soil beneath. So the dam operators decided to let the water flow over an emergency spillway instead. But as the emergency spillway began to erode as well, an evacuation order was issued.”

The situation has since stabilized, but it’s abundantly clear the cost of this disaster is going to dramatically exceed the $200 million the state should have spent a dozen years ago.

And God forbid the weather fail to cooperate …

As we noted in our original coverage, the Californians most impacted by the Oroville Dam debacle aren’t raging leftists – or illegals.  Northern California has been reliably Republican for years.  In fact Butte County – where the Oroville Dam is located – supported U.S. president Donald Trump by a 46.5 percent to 42.8 percent margin over Clinton.  Several of its surrounding counties backed Trump by even larger margins.