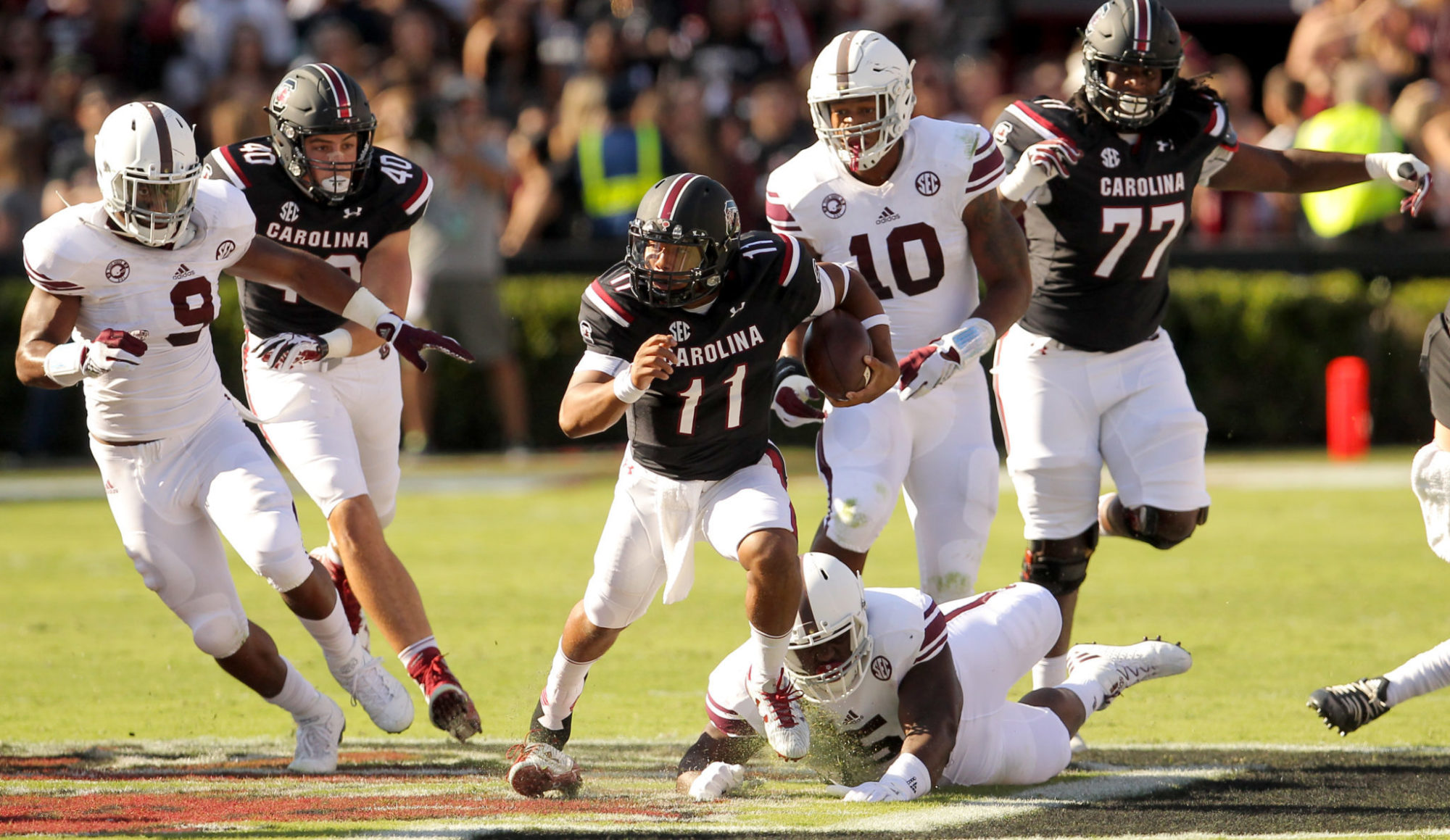 University of South Carolina two-sport student athlete Brandon McIlwain is transferring from the school at the end of the spring semester.

“Brandon came by today and spoke to me about transferring from the University of South Carolina,” Gamecock head football coach Will Muschamp said in a statement released by the school’s athletics department. “I support his decision and wish him all the best.”

“Brandon has all the skills to be a terrific baseball player,” South Carolina baseball coach Chad Holbrook added in the same statement. “I have no doubt as he devotes more time to the sport, he can do great things. We have enjoyed him immensely and we wish him well as his career moves forward.”

McIlwain completed 62 of 118 passes for 600 yards and a pair of touchdowns during his brief stint as South Carolina’s starting quarterback in 2016.  He also ran for 127 yards on 63 carries – scoring another two touchdowns.

McIlwain compiled a 1-2 record as South Carolina’s starter – leading the Gamecocks to a home victory over East Carolina but coming up short on the road against SEC East rival Kentucky and at home against then-No. 9 Texas A&M.

A highly-touted dual-threat signal-caller, McIlwain’s decision to honor his commitment to South Carolina helped Muschamp’s staff stave off a recruiting disaster in 2015.  After a promising spring camp last year, though, he was outplayed under center last season by fellow true freshman Jake Bentley.

Despite a humiliating defeat at the hands of arch-rival (and eventual national champion) Clemson and a disappointing bowl loss to South Florida, Bentley will return in 2017 to lead what could be an extremely potent offensive unit.

Obviously McIlwain didn’t see a role for himself in that unit – and we respect his decision to seek out opportunities elsewhere.