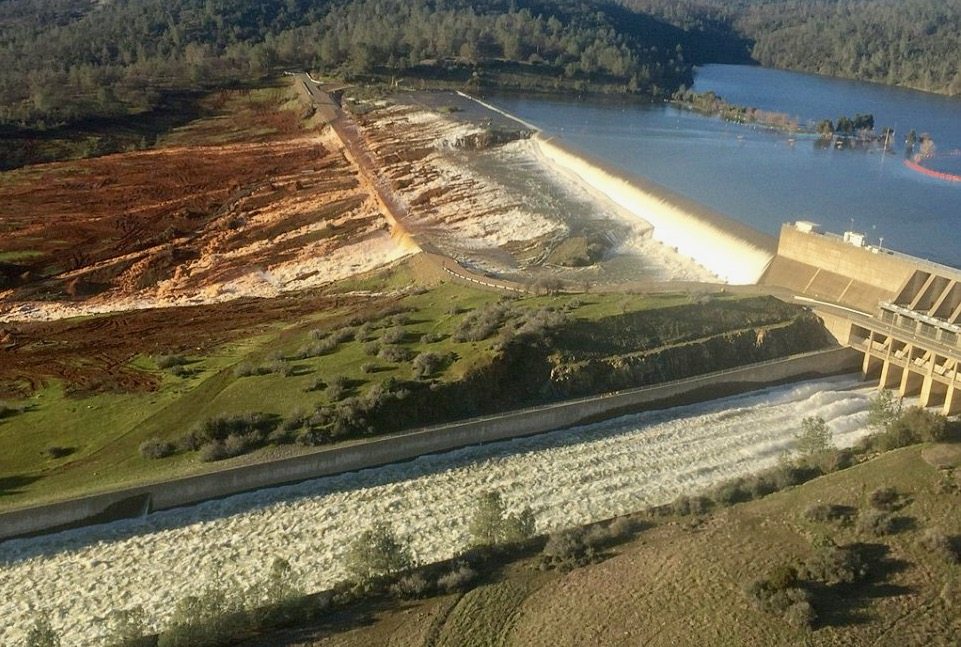 The state of California went overwhelmingly for Hillary Clinton in the 2016 presidential election – providing the former Democratic nominee with her margin of victory in the popular vote.  Unfortunately for Clinton, she took the nation’s Rust Belt completely for granted – narrowly losing several swing states as well as states perceived to be Democratic “locks.”

Anyway, in the aftermath of U.S. president Donald Trump‘s stunning upset last fall, California liberals have been making all sorts of noise about their intention to secede from the union.  Often violent noise.  Meanwhile Hollywood’s elite have been assailing Trump at every turn, and the state’s uber-liberal federal circuit court – based in San Francisco – is currently blocking Trump’s national security orders on immigration.

California’s contempt for Trump and his policies is no obviously secret – and hasn’t been for some time.

“If Trump were ever elected, we’d have to build a wall around California to defend ourselves from the rest of this country,” the state’s governor Jerry Brown quipped last March.

The hate for Trump has only intensified since he won.

“This is the most outrageous and ridiculous President that this country has ever had,” U.S. Rep. Maxine Waters of California recently stated in calling for Trump’s impeachment.

Last week, though, California reached out to Trump for help.

Brown – a.k.a. “Governor Moonbeam” – asked Trump to declare a major disaster in the Golden State following a series of severe storms that have rocked Northern California.  This would allow federal funding to flow to the area – which has been besieged by flooding, mudslides and power outages.

Is Trump going to help out?  Of course.

“President Trump will almost certainly provide aid if it is needed in the state as it is the right thing to do but Californians should be careful about viciously attacking the President and then turning around and asking for a handout,” noted reporter Ryan Saavedra of The Gateway Pundit.

That’s true – especially with Northern California now on the verge of an even bigger disaster. 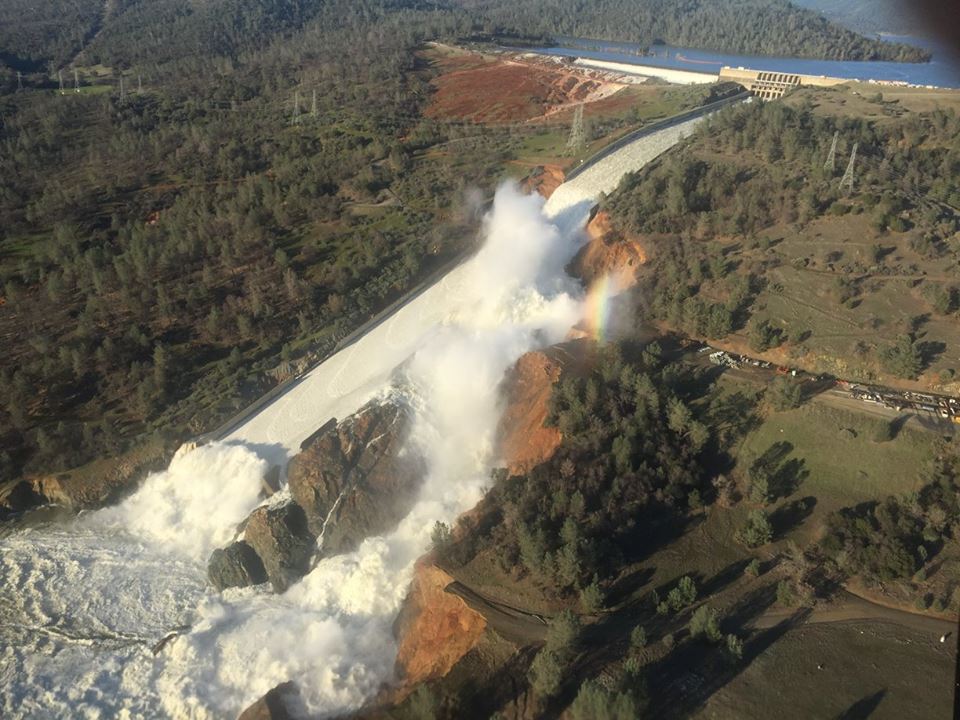 (Via California Department of Water Resources)

We’re referring to the Oroville Dam (above), an earthfill embankment on the Feather River located in the Sierra Nevada foothills.  Built by the state of California in 1967, this dam was supposed to be reinforced with concrete back in 2005 – but California’s Department of Water Resources (DWR) refused to pay for the $200 million upgrade.

The dam – which holds in place the second-largest reservoir in the state – was on the verge of collapse over the weekend, prompting the evacuation of nearly 200,000 Californians.

According to The Los Angeles Times, the fear is that if the dam were breached “millions of gallons of uncontrolled water would begin to pour down the Feather River, the largest tributary to California’s largest river, the Sacramento, overwhelming towns along its banks.”

So far that hasn’t happened, thankfully, but another storm system is projected to move through the region soon – and record snow melt from the Sierra Nevada mountains means Californians are far from out of the woods.

“We’re preparing for that next weather system coming in,” one DWR official told The Sacramento Bee. “We’re looking pretty good right now. The next couple of days will be telling.”

Scary stuff.  Even scarier?  California failed to heed prior warnings – and didn’t take the steps necessary to shore up this dam when it had the chance.  Two years ago, Brown signed a $1 billion water bill into law – legislation which included hundreds of millions of dollars on infrastructure projects.

If not core functions of government, what in the hell has California been spending all of its money on?

Services for illegal aliens, that’s what …

According to a 2014 study released by the Federation for American Immigration Reform (FAIR), “providing education, health care, law enforcement, and social and government services to illegal aliens and their dependents costs Californians $25.3 billion per year.”

Ironically, the Californians most impacted by the Oroville Dam debacle aren’t raging leftists.  Or illegals.  Northern California has been reliably Republican over the years, with Butte County – where the Oroville Dam is located – supporting Trump by a 46.5 percent to 42.8 percent margin over Clinton.  Several of its surrounding counties – many of which are currently in harm’s way – backed Trump by even larger margins.

Obviously, we don’t wish this sort of disaster on any resident of any state (irrespective of their political persuasion) – and our hope and prayer is that the Oroville Dam situation stabilizes without loss of life or damage to people, animals or property.  Furthermore, we have no doubt Trump will provide whatever federal resources are required to help California deal with these storms – just as we expect he will support federal funding to help upgrade this dam.

Having said that, California’s failure to prioritize its spending on core functions of government is inexcusably incompetent and – in our view – criminally negligent.  And the liberal leaders and monied elites responsible for this ongoing negligence are literally redefining hypocrisy – begging Trump for a bailout after expressly delegitimizing his authority.

Fortunately the “rest of America” may not have to worry about California much longer – although at this point residents in the northern regions of the state would probably prefer to take their chances with Trump.