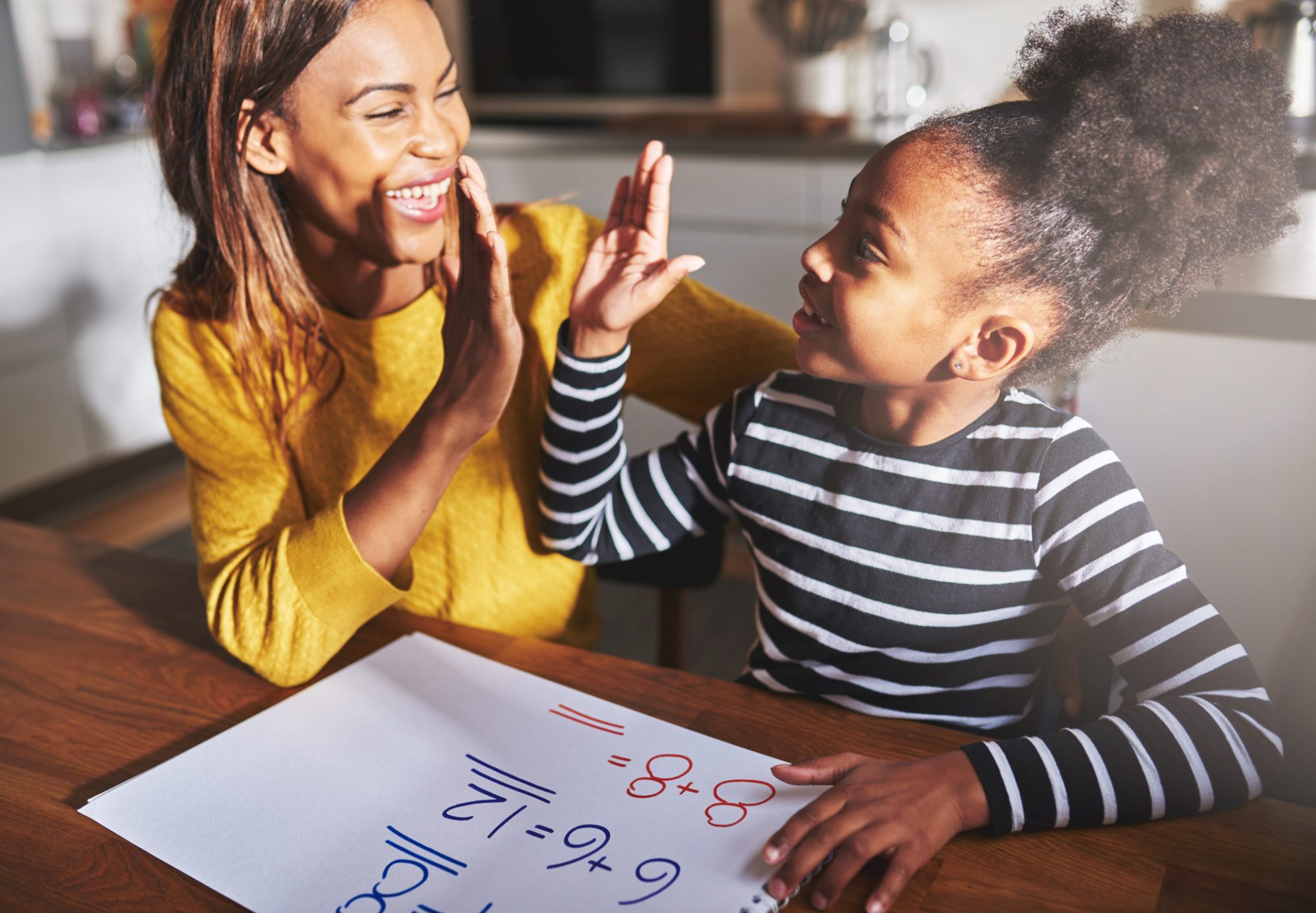 BREAKING DOWN ONE FORM OF PALMETTO PARENTAL CHOICE …

This website has been a consistent advocate on behalf of parents who choose to homeschool their children.  We believe they should be incentivized for the financial sacrifices they make every day on behalf of their sons and daughters – especially since they are simultaneously forced to subsidize the increasingly costly failure of government-run systems (which they are not using – and which are often hostile towards their efforts).

Just how many South Carolina homeschoolers are there?  We wondered that, too.

According to data from the S.C. Department of Education (SCDE) – published by the S.C. Homeschooling Connection – a total of 16,815 students in the Palmetto State were listed as being homeschooled in the 2014-15 school year.  That compares to more than 750,000 students who were in the government-run system and roughly 70,000 who were enrolled in private or parochial schools.

Homeschooling is a fraction of a fraction, in other words … which is a shame, but also pretty impressive when you consider our state does absolutely nothing to support parents who choose this option.

Of the 16,815 students, the vast majority fall under what is known as “option three.”  This option affords parents maximum flexibility – allowing them to file compliance documents with the state through approved homeschool associations but use their own curriculum.

They are still required to teach a certain number of hours – and still must maintain records for the state to inspect – but they are generally free to adapt their lesson plans based on the individual needs of their children.

“Parents who choose these type (of) associations want the freedom for curriculum choices and carry the weight of responsibility for their own transcript preparation,” noted Kim Andrysczyk, a prominent South Carolina homeschool advocate.

As it stands now, 83.2 percent of all South Carolina homeschoolers (14,006 students) fall into this category.  Meanwhile 16.1 percent (2,715 students) fall into what is known as “option two.” These homeschoolers are all registered with the South Carolina Association of Independent Home Schools (SCAIHS) – which provides a uniform curriculum to members.

There’s one final option to consider … “option one.”  This is basically government-run homeschooling – in which the state’s curriculum is used and local districts manage the “accountability” over parents.

Does this option work?  No …

“The school district does not understand homeschooling,” Andrysczyk noted.  “The district personnel are often ineffective – or even antagonistic – toward homeschoolers. School officials don’t have enough practice dealing with the alternative education of homeschooling.”

Accordingly, of the 16,815 homeschooled students in South Carolina, only ninety-four of them (or 0.5 percent) are enrolled in “option one.” 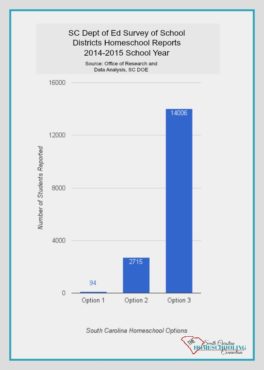 In fact not a single one of the Palmetto State’s eighty-plus school districts has even fifty homeschoolers registered in their “option one” programs – which is funny considering the state requires at least fifty students to enroll in each of the “option three” associations.

So how much does this “option one” program – which no one is using – cost taxpayers each year?

That’s a good question.  We’ve got inquiries out on that front at the moment – so we’ll be sure to let our readers know when we have some bottom line figures.

In the meantime, we will continue to applaud those Palmetto parents who are willing to make the colossal investment of time, energy and money into providing their children with the education South Carolina’s government-run system clearly cannot provide.

Those parents deserve our respect.  But they deserve much more than that, honestly.  They deserve our support – which is to say at very least, they should get to keep some of the money they pay in taxes to defray expenses associated with their choice.

In addition to supporting homeschoolers, we will also continue to advocate on behalf of all forms of market-based accountability in education – hoping that at some point South Carolina’s leaders will finally recognize that the solution to decades of costly failure is staring them in the face.

Unlock the potential of the market.  Unleash the enthusiasm of parents who are eager to make a difference in their own children’s lives.  And yes, improve the government-run system by subjecting it to the accountability of the market.