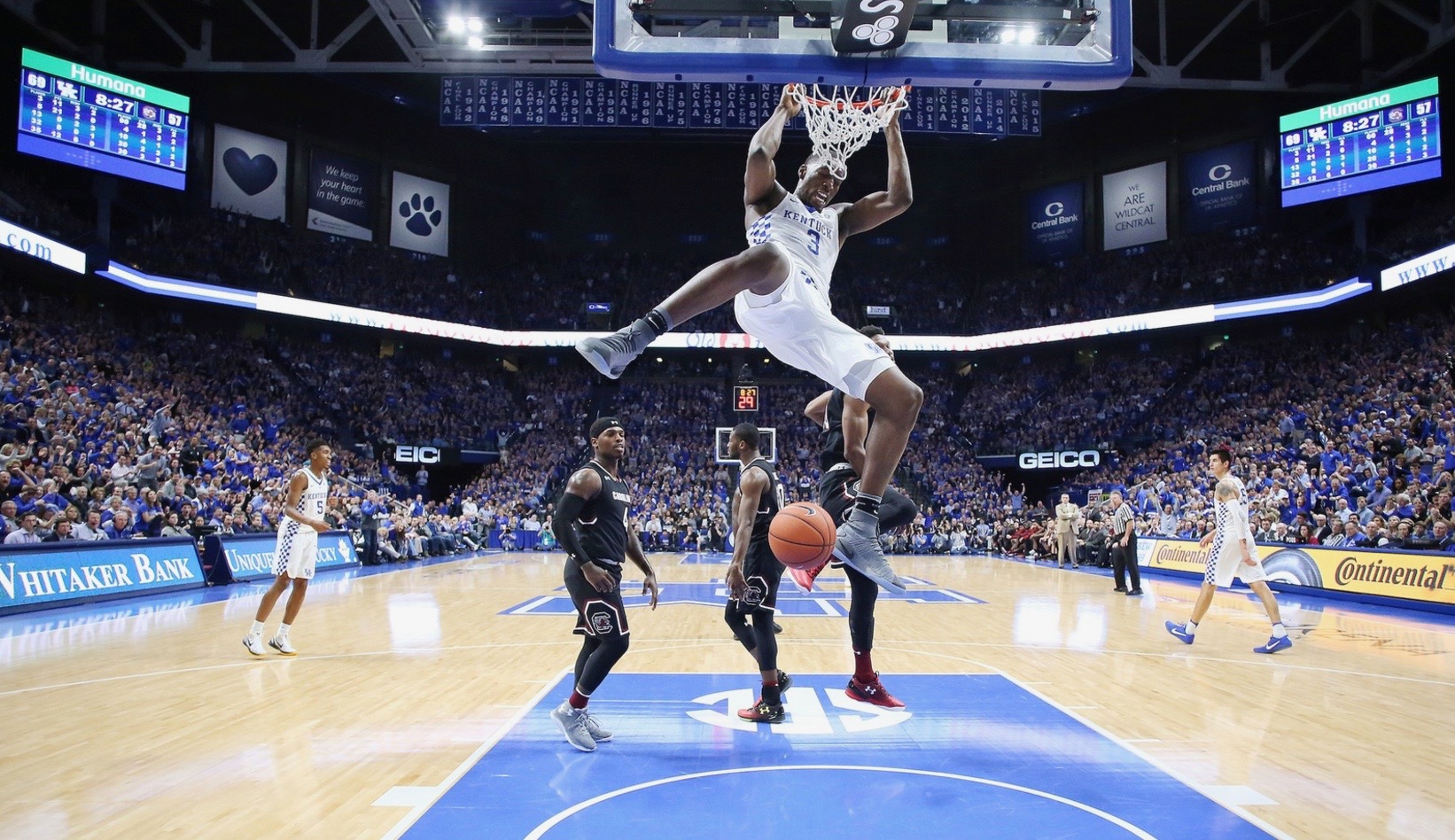 KENTUCKY THROWS DOWN ON SOUTH CAROLINA FOR SEC LEAD …

The University of South Carolina men’s basketball team lost its first conference game of the season on the road against fifth-ranked Kentucky on Saturday – giving up first place in the Southeastern Conference (SEC) in the process.

Head coach John Calipari‘s Wildcats – who remain unbeaten in conference play – cruised to an 85-69 victory in the nationally-televised showdown at Rupp Arena, where South Carolina has won just twice in 29 tries.

Both teams were shorthanded.  Head coach Frank Martin‘s Gamecocks were forced to play the entire game without their No. 2 scorer – sophomore guard P.J. Dozier.  The 6-foot-6, 205-pound Columbia, S.C. native – who is averaging 14.6 points, 4.7 rebounds and 2.3 assists per game – was scratched prior to the contest with back spasms.

Meanwhile Kentucky lost its No. 2 scorer – freshman guard De’Aaron Fox – to an ankle injury midway through the first half.  Fox scored six points in eight minutes prior to sustaining the injury.

Big Blue pulled away after that – running their advantage all the way up to 23 points when shooting guard Malik Monk nailed a three-pointer with 1:27 on the clock.  The 6-foot-3, 200-pound freshman from Lepanto, Arizona led the Wildcats with 27 points.

For the Gamecocks, senior guard Sindarius Thornwell scored a career-high 34 points in a losing effort.

South Carolina’s two victories at Rupp Arena came in 1997 and 2009.  The first took place on Kentucky’s Senior Day, while the second came courtesy of a dramatic last-second three-pointer from ex-Gamecock great Devan Downey.

After a home tilt against Auburn on Tuesday, South Carolina will travel to Columbia, Missouri next Saturday to face another set of Tigers.  The following Wednesday (February 1), they travel to Baton Rouge to play the LSU Tigers.

All three of those games will be televised by the SEC Network.