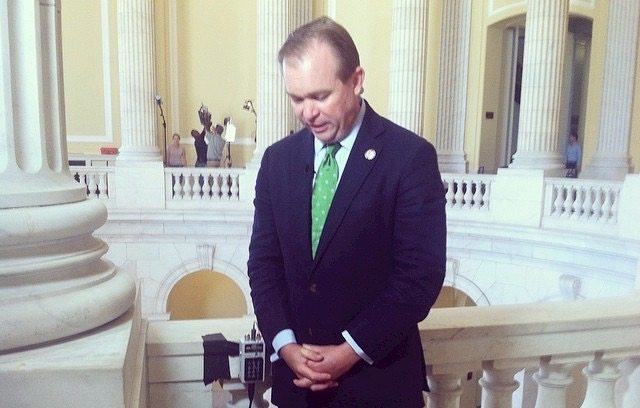 U.S. Rep. Mick Mulvaney will meet with president-elect Donald Trump this week to discuss taking a top position in the incoming administration.

According to our sources, Mulvaney is a leading candidate to head up the White House’s Office of Management and Budget (OMB) – one of the largest and most influential offices within the administration.

The OMB is responsible for producing the president’s executive budget – and providing broad oversight of government agencies and programs.

Mulvaney was never a die-hard Trump supporter (he endorsed the failed candidacy of U.S. Senator Rand Paul) but he stood by the GOP nominee at a time when many other Republican politicians were stabbing him in the back – or abandoning him.

In fact Trump’s top South Carolina advisor, Ed McMullen, told us on several occasions during the campaign how loyal and helpful Mulvaney was to the GOP nominee – especially after Paul dropped out of the race.

“Mick is somebody they are going to fight for,” a source close to the Trump campaign told us.

In fact one Washington, D.C. operative told us his consideration for the OMB directorship is the latest example of Trump “reaching out to qualified people” for key posts – regardless of whether they supported his primary candidacy or not.

“This is another indication of him going after the best person for the job,” the operative told us.

Even one of Mulvaney’s former political opponents greeted the news.

“This is actually somewhat reassuring,” the source said.  “Mulvaney at least has some sense.  I feared Trump would hire only people without any government experience.”

Mulvaney routed a credible, well-funded Democratic opponent in November’s general election to win a fourth term to the U.S. Congress.  Assuming he takes Trump up on the offer, we predict there will be a crowded special election for the fifth congressional district seat he would vacate.