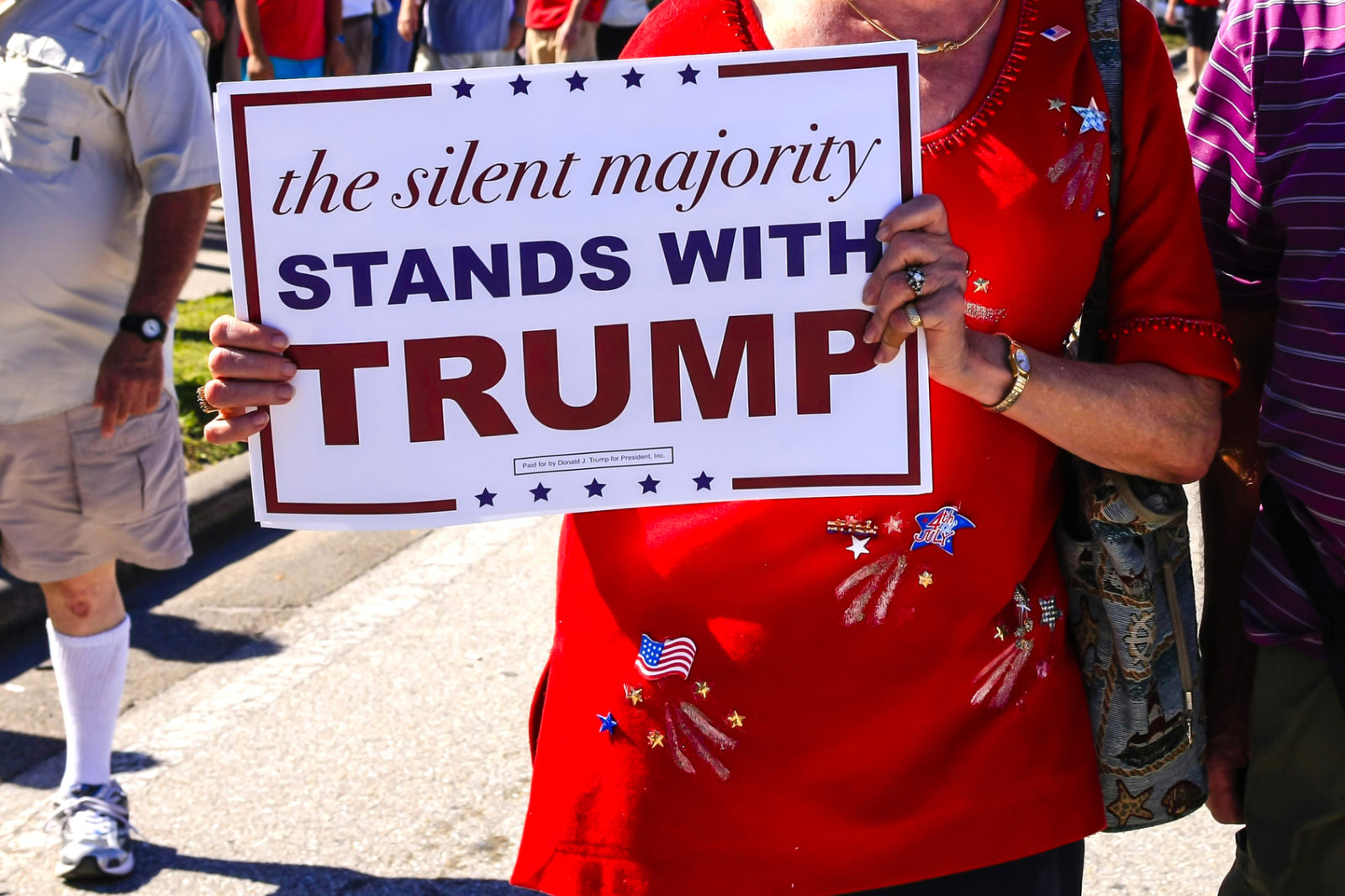 … AND REAL WOMEN NEED TO LISTEN TO WHAT IT SAID

Where were all the Donald Trump bumper stickers? Why didn’t we see the yard signs as in past elections? Trump has been elected President by the silent majority. Why were his supporters so silent? Maybe they were too busy working hard to pay their mortgages and rising taxes and rising healthcare costs due to government interference.

Trump supporters didn’t whine about inequality or so called “glass ceilings.”  We all know that had Hillary Clinton won, women would not have been getting higher pay and bigger promotions. Instead, women would be receiving paychecks with even more money extracted by Uncle Sam.  For whatever she promised women, her goal was to exert more governmental control over ALL of us, which is quite the opposite of empowering women.

When Hillary took the role of the first unelected “Co-President” rather than graciously being The First Lady, she attempted to ram Mandatory Public Healthcare down our throats.  But she failed.  It was the next ELECTED President who implemented ObamaCare which turned out to be a costly, abysmal failure.  President Obama’s background working with the likes of Rahm Emanuel and the Pastor Jeremiah Wright, the racist preacher who actually used the words God Damn America from his pulpit, prepared him well to fit in with the Washington political machine which is corrupt to the core.

Like many Trump supporters, I consider myself a Redneck Republican, meaning that I work hard for my money and resent the out-of- control wasteful spending in Washington.  I don’t expect others to pay my maternity leave or my healthcare or for my Obama phone.

And if I hear one more woman say “I’m scared,” about the election results, I’m going to tell her to “grow a pair.”  To send a message to our daughters that we, as women, are delicate, vulnerable, little females at the mercy of men is fear mongering. Who really believes men are going to have permission to abuse women all of a sudden? Get a grip! And by the way calling yourselves “nasty women” is not empowering.  It is, in fact, rather passive-aggressive.  Be a real woman; be assertive, be self-assured and yes, be feminine.

Always love to get your letters, Glenda.  You are a real woman and I find that sexy as hell! I do think Trump has some work to do when it comes to winning over a lot of open-minded, centrist females – but my hunch is if he can succeed in putting more money in their pocketbooks a lot of the other angst will melt away.  Ultimately that’s what it’s all about, right?