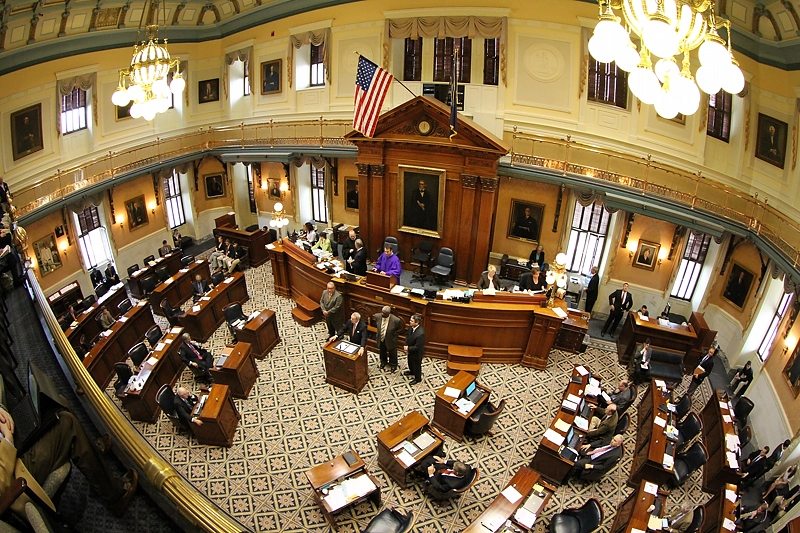 SWING DISTRICT GOING DOWN TO THE WIRE …

Earlier this month we did a big story on the battle brewing between Democrat Mia McLeod and Republican Susan Brill for S.C. Senate District 22 (map).

One of the few “swing” districts in the S.C. General Assembly, this seat has been held for the past decade by liberal Democrat Joel Lourie – who has declined to issue an endorsement in the race to replace him.

Lourie’s “stay on the sidelines” approach hurts McLeod – a third-term state representative who was viewed as the early favorite in this election.  McLeod is also hurt by the fact that Lourie’s wealthy Jewish network of supporters appears to be backing Brill.

That means money in the tank for Brill’s campaign – not to mention a voting bloc that turns out at a ninety percent clip.

Our view on the race?  We think McLeod remains in a good position to win this moderate suburban district in the Midlands region of the state, but she is clearly feeling the heat.

Accordingly she has reportedly reached out to the leader of the State Senate – liberal Republican Hugh Leatherman of Florence – in the hopes of getting him to enter the fray on her behalf.

Sources familiar with the overture tell us McLeod reminded Leatherman that she was a “yes” vote for his reelection as president of the Senate this December.  That’s when lawmakers gather in Columbia, S.C. for an organizational session to elect their leaders and receive their committee assignments for the upcoming 2017-18 legislative session.

Brill has not committed to support Leatherman’s reelection.

Leatherman lost a key ally earlier this year when longtime liberal GOP Senator Billy O’Dell died in office.  As a result, his once vice-like grip over the South Carolina Senate has been forced open ever so slightly.

Leatherman was able to beat back a Republican challenger earlier this year (dealing a crushing blow to governor Nikki Haley in the process), but the diminutive 85-year-old is facing growing opposition from a group of moderate Republicans led by S.C. Senate majority leader Shane Massey.

In other words, Leatherman needs every vote he can get his hands on in order to retain his powerful posts as Senate leader and chairman of the chamber’s influential finance committee – which presides over the state’s skyrocketing state budget.

We’ll keep an eye on this race to see if Brill – who is widely regarded as a fiscally liberal, pro-status quo GOP candidate – makes a play of her own to keep Leatherman’s influence on the sidelines.

Given the way South Carolina legislative districts have been gerrymandered, very few of them are competitive on election day.  In fact most contested legislative elections are decided during the primary – and even then most state lawmakers skate by without opposition.

No wonder nothing in this state ever changes, right?

Sadly this race – while exceedingly competitive – is unlikely to have an impact in the ideological orientation of the State Senate.  After all, a moderate Democrat and a liberal Republican are basically the same candidate if you stop and think about it.