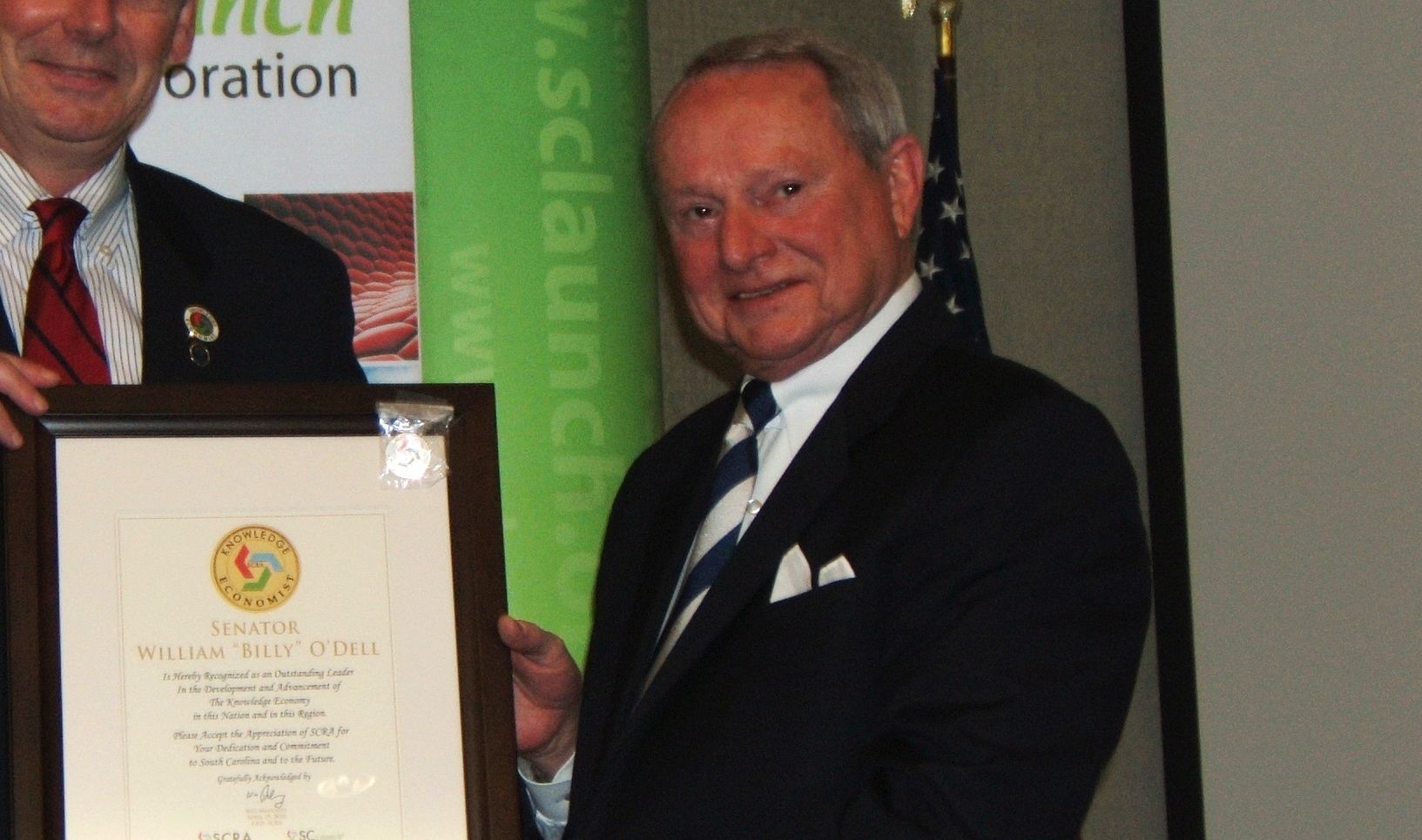 The fiscally liberal lawmaker was a Democrat until 2003 – when he switched parties and became a “Republican.”  He had previously said he would not switch parties – but reportedly changed his mind at the urging of another former Democrat, powerful S.C. Senator Hugh Leatherman.

Democrats were incensed.  They demanded O’Dell resign his office (he didn’t) and pay back nearly a quarter of a million dollars spent on his behalf in the 2000 election (again, he didn’t).

First elected to the Senate in 1988, O’Dell was a consistent vote for bigger government and higher fees and taxes – no matter which party he swore allegiance to.  And yes, we understand it’s impolite to speak ill of the dead … but what was it Maximus said in the movie Gladiator?

“What we do in this life echoes in eternity.”

Nonetheless, O’Dell was widely respected by his colleagues and by State House insiders.  And whatever our ideological differences with him may have been, there’s no denying he had a reputation as one of the few genuinely decent people in the S.C. General Assembly.”

“He was a kind person,” one told us.  “Kind and forthright.  There are some really bad people up there – the kind ones are rare.”

One of O’Dell’s constituents agreed, saying she didn’t like his voting record but “he was always nice to me.”

“Anything I need he would help me with it – or do it himself,” she said.

A native of Greenwood, S.C., O’Dell represented Senate District 4 – which includes parts of Abbeville, Anderson and Greenwood Counties.  He was set to file for reelection in March 2016 – seeking what would have been his eighth term in office.

Pending notification by the S.C. Senate, the S.C. Election Commission (SCEC) will set a special election based on the office becoming vacant.  That would mean office-seekers could file as soon as January 22 for a March 22 partisan primary race.  Runoff elections (if necessary) would be held on April 5 with a general election on May 17.

Ordinarily, the special election would be held on May 10 but state offices will be closed on that date as South Carolina celebrates Confederate Memorial Day.