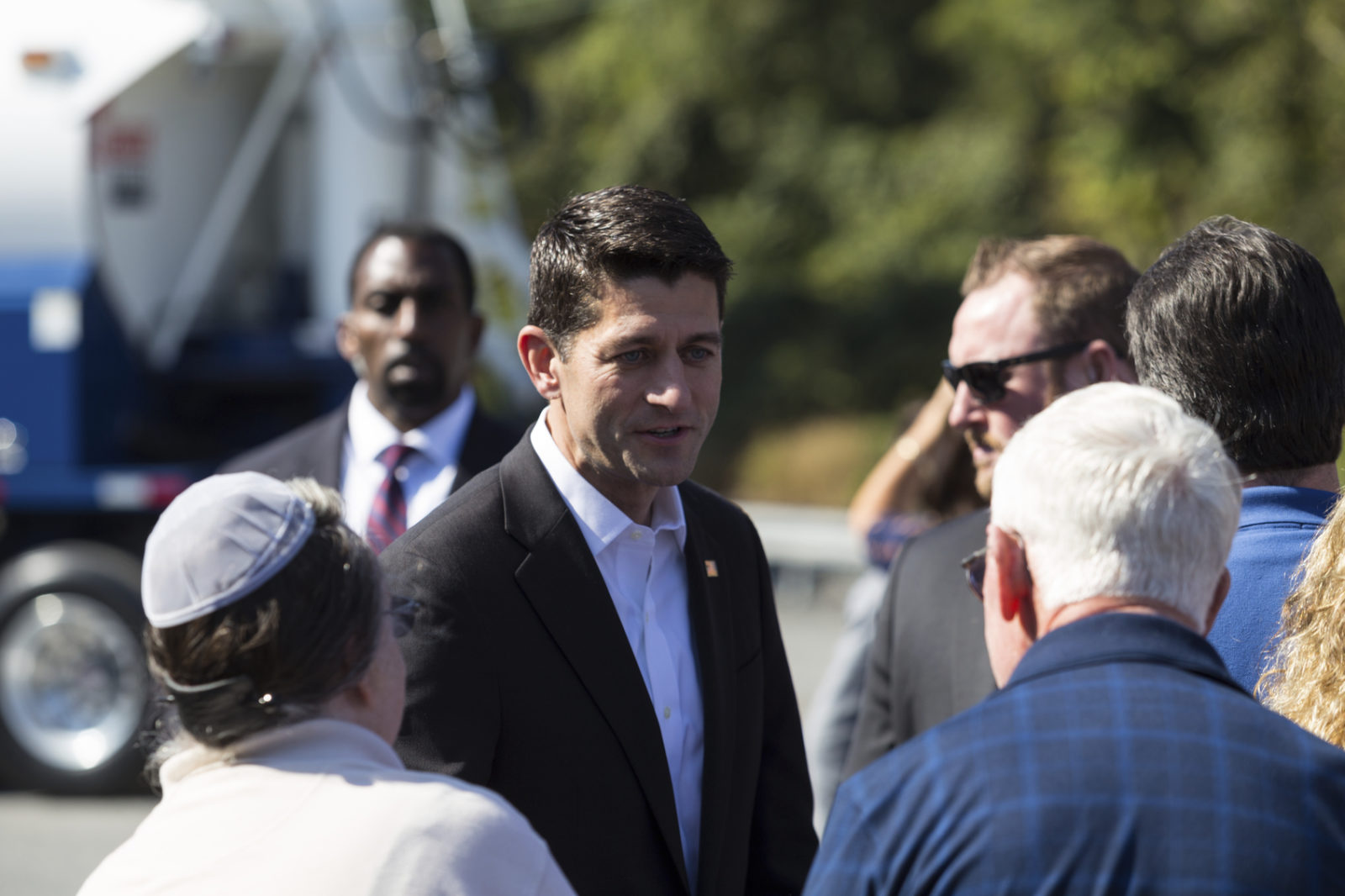 Perhaps the “Republican” elite in Washington, D.C. saw the writing on the wall. Or perhaps they’re just going through the motions.  Either way, fiscally liberal GOP Speaker Paul Ryan – who has been accused of deliberately (and selfishly) sabotaging the 2016 presidential campaign of GOP nominee Donald Trump – came out swinging this week against Democratic nominee Hillary Clinton.

According to recently released U.S. State Department emails, the agency has been busted colluding with the Federal Bureau of Investigation (FBI) – which notoriously cleared Clinton of wrongdoing earlier this year following an “investigation” of her private email server.

Obviously a lot has happened since then – with the FBI releasing damning documents last month pointing to a massive cover-up on Clinton’s part.  Dozens of emails released since then have further exposed the cover-up – and the extent to which U.S. president Barack Obama‘s administration was aware of/ participating in this attempted whitewashing.

According to the latest email release, the FBI appears to have been offered a quid pro quo from the U.S. State Department in exchange for retroactively marked a classified email as “unclassified.”

“In exchange for marking the email unclassified, State would reciprocate by allowing the FBI to place more agents in countries where they are presently forbidden,” an email from Patrick Kennedy, undersecretary of state, revealed.

“These documents further demonstrate Secretary Clinton’s complete disregard for properly handling classified information,” Ryan said in a statement.  “This is exactly why I called on (the Obama administration) to deny her access to classified information. Moreover, a senior State Department official’s attempt to pressure the FBI to hide the extent of this mishandling bears all the signs of a cover-up.  This is why our aggressive oversight work in the House is so important, and it will continue.”

Of course Ryan’s comments came several hours after he was called out by Trump for failing to aggressively respond to the latest revelations – which elevated the Clinton email scandal to a much higher energy level just three weeks before voters head to the polls.

“These FBI documents provide undeniable proof that Hillary Clinton colluded with the FBI, DOJ and State Department to cover up criminal activity at the highest levels,” Flynn said.  “Hillary Clinton has recklessly put our national security at extreme risk. We have men and women putting their lives on the line for this country. If any person had done a fraction of what she has done with our sensitive information they would be criminally charged and those in our military would be court-martialed. Hillary Clinton acts as though she is above the law and therefore, she is not fit to serve as Commander in Chief.”

Initially, we were convinced the Clinton email scandal was little more than a garden variety transparency headache.  Well, that and a compelling reminder of Clinton’s corporate cronyism and pay-to-play warmongering (which have helped fuel the progressive insurgency on her left flank).

Clearly it’s much bigger than that, though …

Beyond the alleged quid pro quo, it’s now abundantly clear that Clinton and her allies engaged in an effort to delete thousands of potentially incriminating communications – even after such documents were sought via a subpoena from the U.S. House of Representatives.

Of course the GOP response to the scandal is telling.  “Republicans” apparently have no problems leaking eleven-year-old dirt on Trump directly to mainstream media outlets … but when it comes time to criticize documented corruption on Clinton’s part, they have to be goaded into saying something.