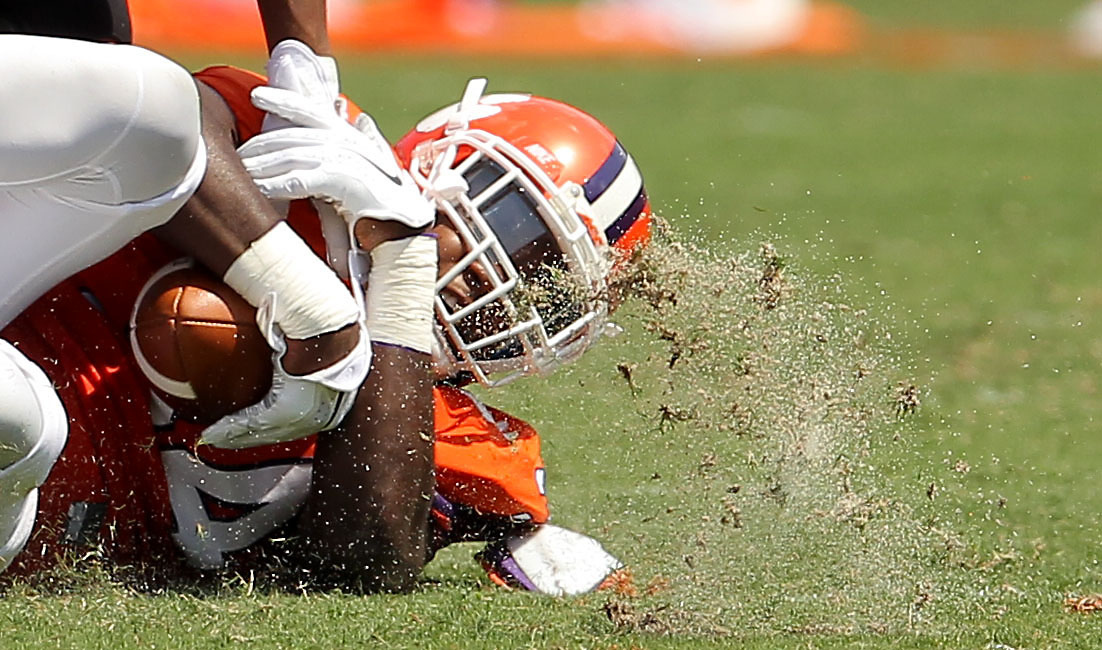 Clemson University’s bid to get back to the college football playoff appeared all but doomed on Saturday afternoon.  Unranked N.C. State – a three-touchdown underdog – had a first-and-ten at the Tigers’ twelve-yard line with just under a minute left on the clock.

All the Wolfpack offense had to do was run the football once or twice up the middle to put their field goal kicker in position for one of the biggest upsets in program history.

Inexplicably, N.C. State called a passing play that resulted in a sack of quarterback Ryan Finley for a four-yard loss.

Those yards would matter …

On the next play the Wolfpack’s sophomore placekicker, Kyle Bambard, pushed a 33-yard field goal attempt wide right – sending the game to overtime.

As Bambard’s kick sailed past the uprights, Clemson head coach Dabo Swinney fell to his knees on the Tigers’ sideline.  No doubt the devout Christian coach – whose program has come under fire for overemphasizing religion in the past – was offering up thanks for the biggest “answered prayer” during his tenure in Tigertown.

Once in overtime, Swinney’s Tigers (7-0, 4-0 ACC) managed to save their undefeated season – converting a critical fourth down on the ground and then relying on junior quarterback Deshaun Watson to deliver what wound up being the game-winning strike through the air.

Watson connected with wide receiver Artavis Scott for a ten-yard touchdown reception that gave the Tigers a 24-17 lead after the first “half-inning” of the extra frame.   On N.C. State’s first play of its overtime possession, Tigers’ junior defensive back Marcus Edmond picked off a Finley pass in the end zone – sealing the Tigers’ twentieth consecutive home victory and keeping the program’s national championship aspirations alive.

This game was ugly.  Clemson turned the football over four times – including the first “pick-six” of Watson’s career.  The Tigers’ vaunted defense also gave up nearly 400 yards to the Wolfpack.  But N.C. State’s miscues – three missed field goals and a whopping 120 yards in penalties – kept things even through the end of regulation.

Also worth noting?  The Tigers played most of the game without All-ACC running back Wayne Gallman, the victim of a brutal helmet-to-helmet hit early in the first quarter.