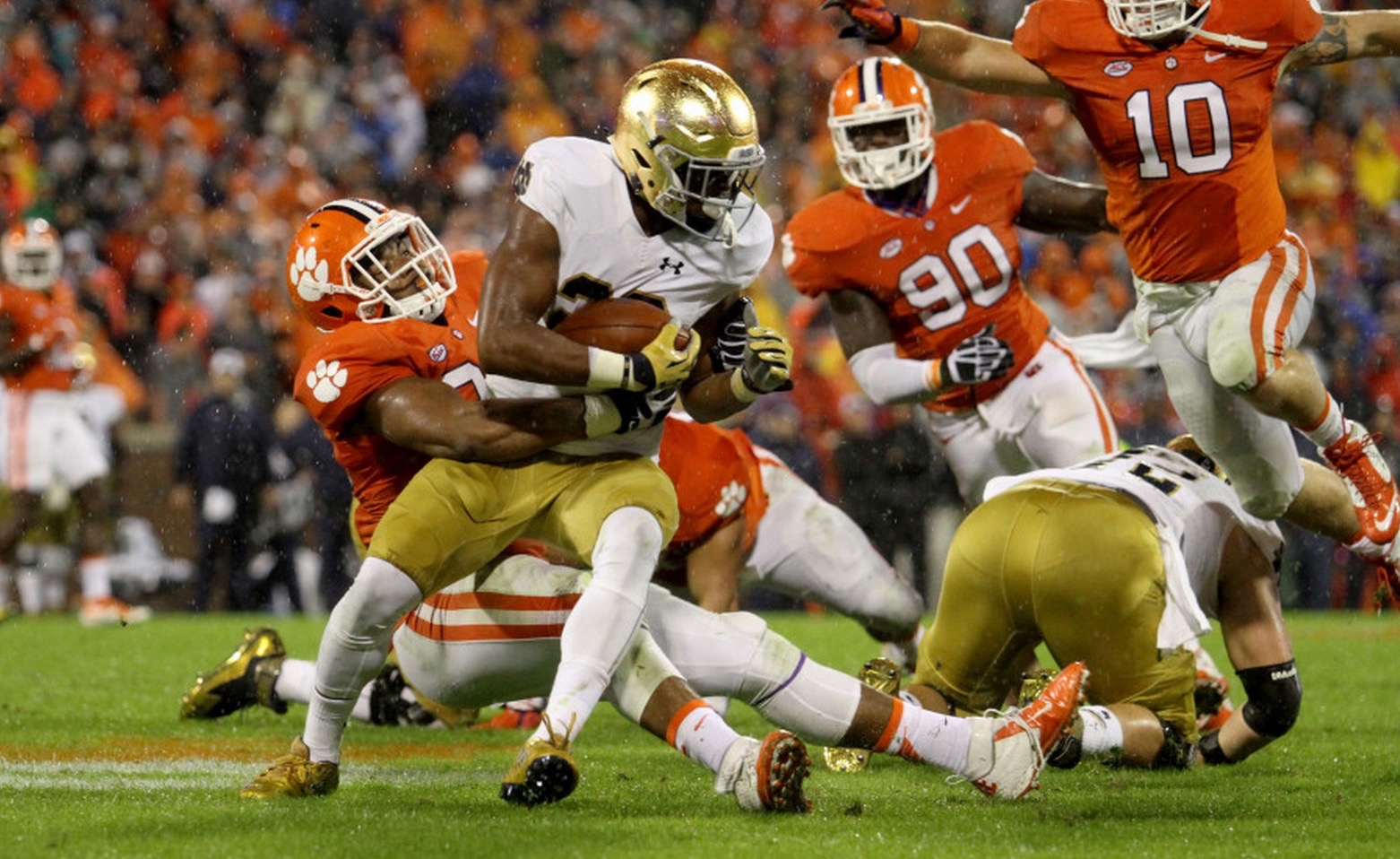 It wasn’t the “Potato Famine” beatdown one clever sign-maker at ESPN’s College Gameday predicted, but Clemson University sent a message to the Irish – and the rest of the college football world.

With No. 6 Notre Dame and its nation’s best offensive line knocking on the door of a potential game-tying two-point conversion, Clemson’s defense stood tall – preserving a 24-22 victory in front of 82,415 storm-drenched fans at Memorial Stadium (a.k.a. Death Valley).

“We heard they had the best offensive line in the country, so we wanted to show them what we could do,” said Tigers’ junior defensive end Shaq Lawson.

Lawson and his teammates did just that – showing a national prime time audience that this year’s Tiger “D” is every bit as ferocious as last year’s national No. 1 unit that sent multiple players (including a pair of first round draft picks) to the NFL.

In fact if Lawson – who had 3.5 tackles for loss during the game – keeps it up he’ll be joining his former teammates at the next level very soon.

Don’t believe us?  Take a look at this clip of Lawson manhandling the left side of the Irish line and forcing a holding penalty …

“It took two of them, and they both had to cheat to do it, and one of those guys is presumed potential first-round pick Ronnie Stanley,” noted SB Nation’s Jason Kirk.

Still, the Tigers nearly turned the program’s biggest victory since a 2013 home win over No. 5 Georgia into a last-second collapse – one that would have breathed new life into Tiger fans’ least favorite Urban Dictionary entry.

Clemson led 24-9 with less than ten minutes in the fourth quarter but Irish quarterback DeShone Kizer – starting only his third game in place of injured starter Malik Zaire – led his team on a pair of late touchdown drives.  In fact Notre Dame (4-1) found itself in position to tie the game despite committing a pair of seemingly disastrous fourth quarter turnovers.

Exceedingly conservative offensive play-calling on the part of Clemson kept their hopes alive – and the No. 12 Tigers (4-0, 1-0 ACC) had to pounce on an onside kick to secure the soggy victory.

“Tonight it was BYOG, bring your own guts,” Swinney added.  “They brought some guts and some heart and they never quit until the last play.”

For awhile it appeared as thought the game wouldn’t even take place, thanks to a torrential downpour that continued to pummel the Palmetto State well into Sunday.

Clemson University decided to move forward with the game anyway – and a huge crowd showed up even though S.C. governor Nikki Haley told them to stay home and watch on television due to the risk of flash flooding.