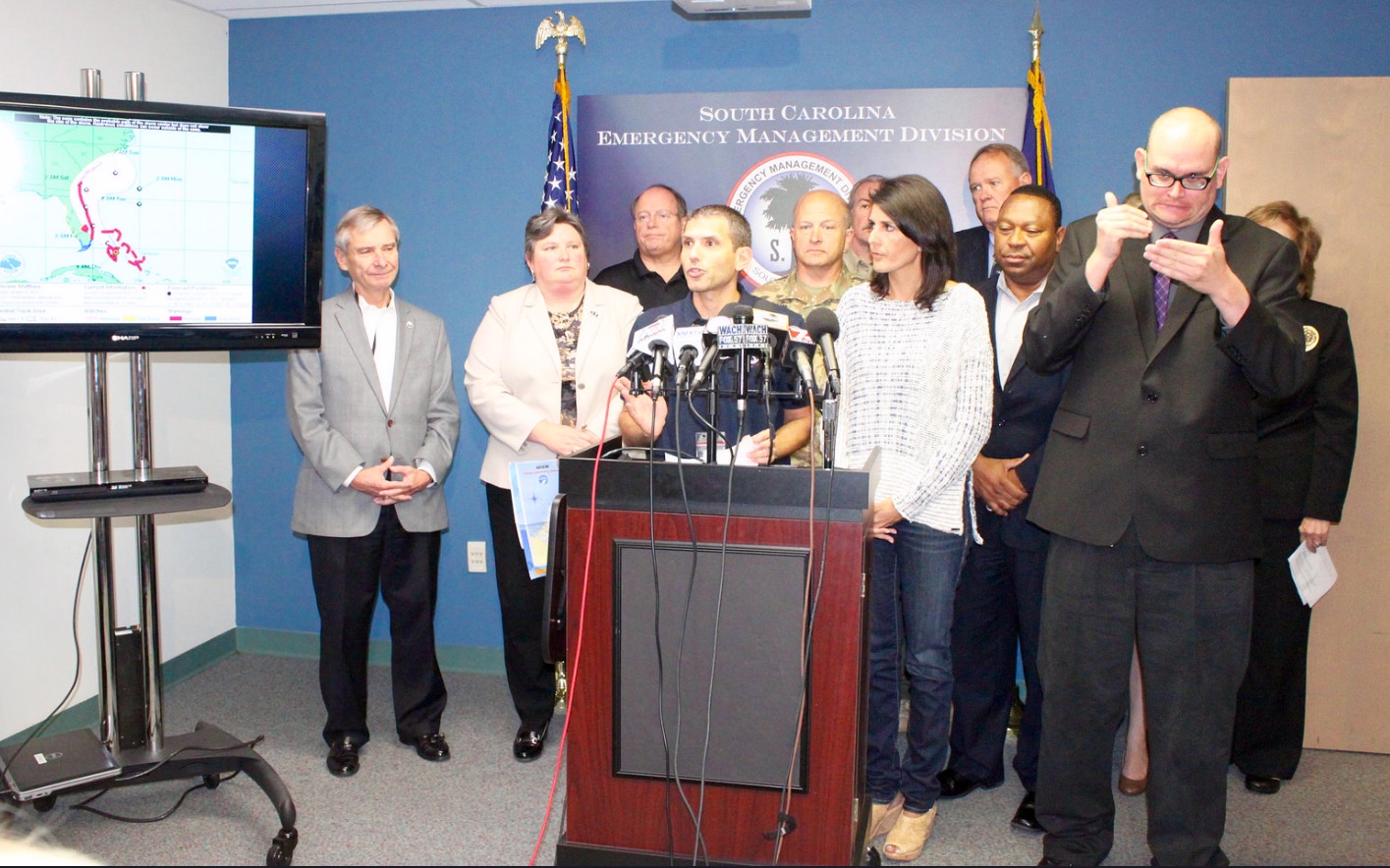 So far, S.C. governor Nikki Haley has earned positive reviews for her handling of the Palmetto State’s preparations for Hurricane Matthew.  Even this website – typically critical of the Haley (and with good reason) – has credited her decision-making.

Now, did Haley jump the gun in ordering coastal evacuations?

Yes … by a day, at least.  But we continue to believe her decision to err on the side of (abundant) caution was a wiser move than erring on the side of recklessness.

“Haley has made the correct decisions based on the information at her disposal,” we wrote earlier this week.

Not everyone feels the same way, though …

One local media outlet on the Palmetto coast is taking Haley to task for ignoring input from local officials.

“Haley eliminated county governments and school districts from decision making processes that should have been left in local hands,” Paul Gable of Grand Strand Daily wrote.  “Our so-called conservative politicians complain all the time about big government intrusion on people’s lives, but it’s all talk. The conservatives in South Carolina love to exercise that power as much as any politician.”

Specifically, Gable blasted Haley for shutting down schools and government offices too early.

“Haley had an opportunity to jump on the national stage again and she took it, ignoring local officials in the process,” Gable concluded.

Several state lawmakers have also grumbled privately about how Haley has kept them – and key industry leaders – in the dark about her plans.

“She only coordinates with her team not others – she doesn’t coordinate with anyone but her cabinet folks,” one ranking GOP leader in the S.C. House of Representatives told us.  “She never announces what her press conferences will be about so that she does not have to share credit.  It would be so much better for the citizens of the state if she collaborated with others.”

A State Senator from the coast agreed, accusing Haley of “treating people like children” during the run-up to the storm.

“She’s acting like a f*cking dictator – just give us access to good information, make a recommendation if you must – then shut up,” the Senator said bluntly.

Leaders in the petroleum industry were also reportedly livid over Haley’s handling of the initial evacuation – which led to a run on gas in the Lowcountry that actually kept many coastal residents from evacuating (along with other economic realities).

“She left them in a lurch,” a source familiar with the situation told us.  “Making sure that gasoline was in good supply prior to calling for the evacuation would have been a good move. Instead panic ensued and gasoline was in short supply.  By not coordinating with them, she left the public without the ability to get fuel or retailers to make money.”

Haley apologists pinned the blame for the gas shortages on S.C. commissioner of agriculture Hugh Weathers.

“Hugh Weathers should coordinate with them and act as their liaison (with the emergency response efforts),” one Haley backer told us.  “He regulates it.”

The source added that Haley wasn’t concerned with retailers’ profits, but rather public safety.

“‘To make money’ (is) not really listed in the deliverables section of managing a hurricane,” the source said.

As of this writing, Hurricane Matthew is projected to arrive off the coast of South Carolina in the early morning hours Saturday as a strong category one storm.  While it will be weaker than it was when it brushed the coast of Florida on Friday, forecasters remain very concerned about its possible impact – including a strong storm surge associated with the system.