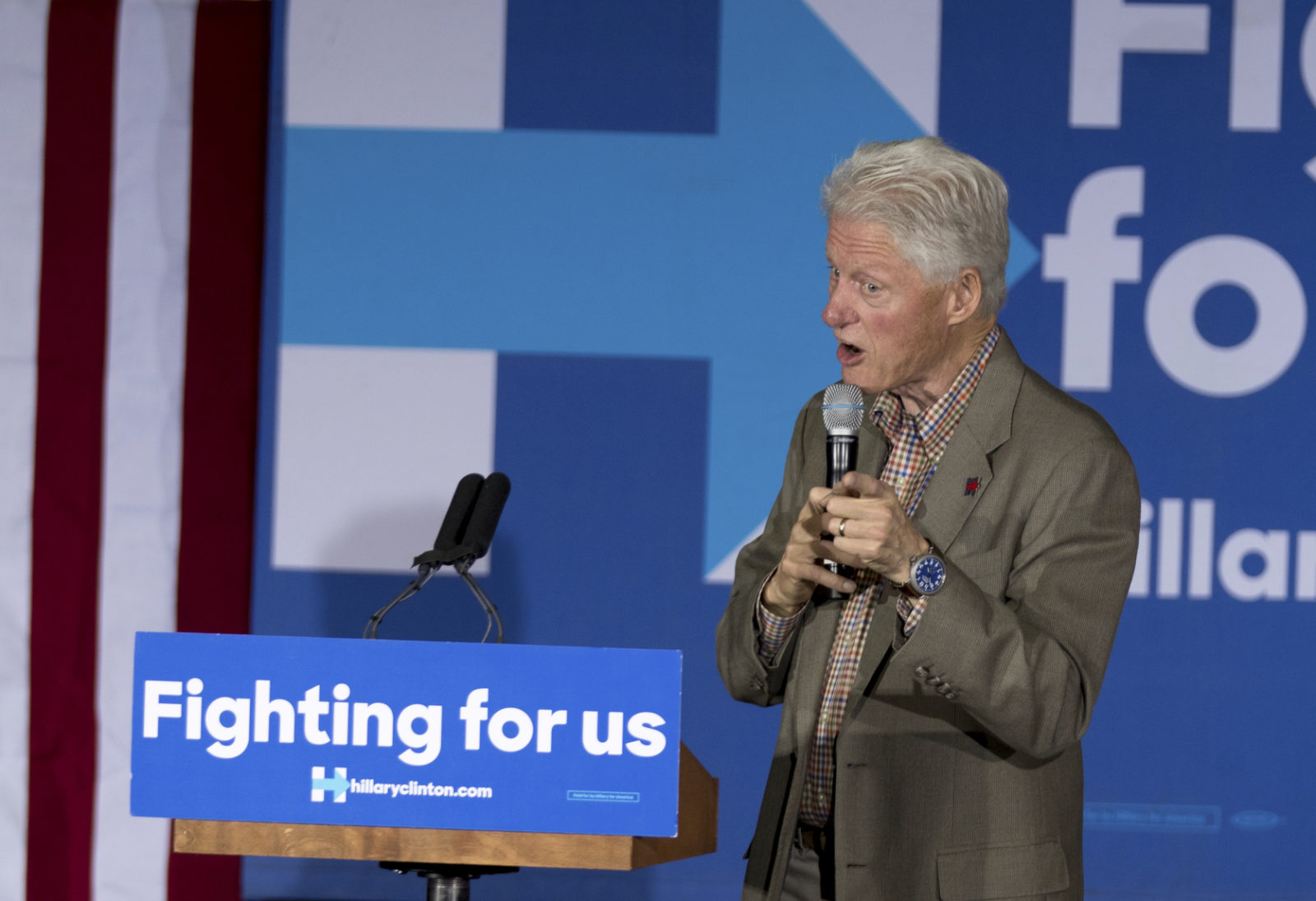 “I strongly supported that bill and it’s given more than 20 million people more insurance,” Clinton said of Obamacare during a campaign stop in Athens, Ohio, adding that GOP proposals to repeal the legislation were “insidious.”

“Look, the Affordable Health Care Act did a world of good, and the 50-something efforts to repeal it that the Republicans have staged were a terrible mistake,” he said.

Just yesterday, Clinton called Obamacare “the craziest thing in the world” during a campaign stop in Flint, Michigan.

Hmmm … so according to Clinton, one day Obamacare is the “craziest thing in the world,” whereas the next it “did a world of good.”  That’s a new land speed record for political double-speak, if you ask us …

In attempting to walk back his comments, Clinton wound up offering even more fodder for the campaign of GOP presidential nominee Donald Trump.

“There’s a reason for the road rage today,” Clinton said. “People have gone fifteen years without a raise and they’re mad. You go to work every day you don’t think you’ll ever get a raise again, you can’t take care of your kid, you can’t guarantee their education, can’t pay for health care.”

Indeed … talk about a compelling indictment of the “era of big government,” which Clinton famously declared was at an end during his 1996 State of the Union address.

Hillary Clinton has vowed to “defend and expand the Affordable Care Act.”  Earlier this year in South Carolina, in fact, Clinton embraced Obamacare as “one of the greatest accomplishments of President Obama, of the Democratic Party, and of our country.”

That certainly strikes us as a demonstrably false statement … just like every other promise that accompanied the passage of Obama’s signature domestic accomplishment six-and-a-half years ago.

Of course Obama is still proud of his law … even as it falls apart all around him.

“The Affordable Care Act continues to be a source of pride for people who work here in the administration in terms of that significant legislative accomplishment – that’s essentially our position,” a White House spokesman said this week. “You’d have to talk to President Clinton about exactly what message he was trying to send.”

Sure … although Clinton’s answer apparently depends on the day.

Rick Santorum Headed Back To SC