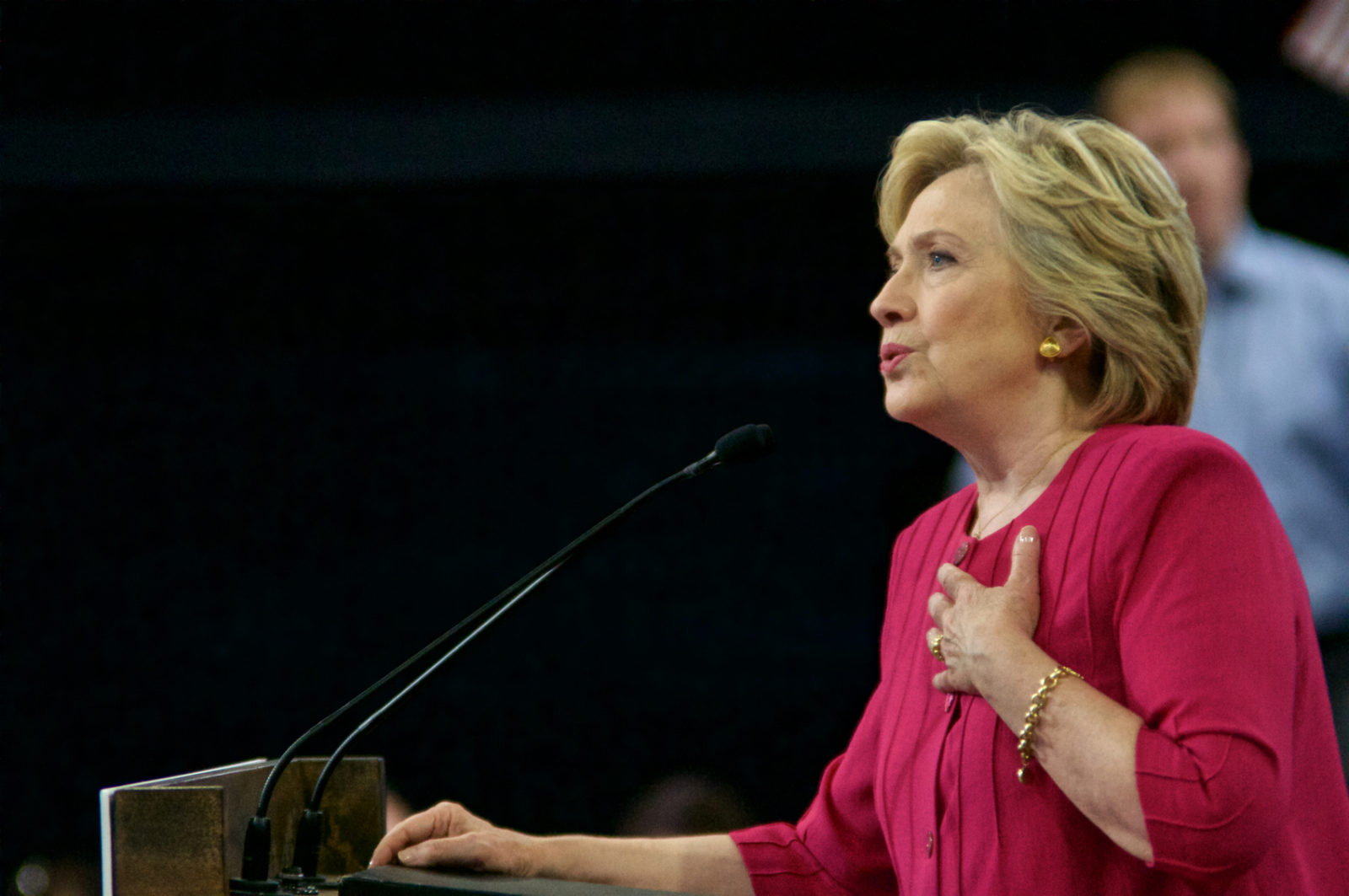 That was Hillary Clinton‘s September 26 debate response to Donald Trump‘s contention that “your husband signed NAFTA, which was one of the worst things that ever happened to the manufacturing industry.”

Trump is now leading in polls in Ohio and rallying from behind in Pennsylvania, Michigan and other Rust Belt states whose manufacturing presence has been decimated in the past two decades.

To be certain, since the North American Free Trade Agreement (NAFTA) went into effect in 1994, about 5 million manufacturing jobs have been lost nationwide according to data compiled by the U.S. Bureau of Labor Statistics (BLS).  To be fair, this didn’t happen all at once – most of the losses happened after the dot-com bubble burst at the end of the 1990s and after the financial crisis of 2008.

Now, it is certainly debatable whether NAFTA bears all the blame. Trump also cites China’s entry into the World Trade Organization (WTO) in 2000 and Congress granting permanent normal trade relations with Beijing in 2000.

And maybe it wasn’t even all trade.

But try telling that to the folks who live in those communities that have been wrecked when the factories closed down and went overseas, chasing lower costs.  They do happen to attribute it to the trade deals.  Sometimes perception matters more.  It’s an opinion shared by millions of Americans.

Either way, the job losses were real.  They actually happened.  Not opinion.  And Clinton can argue until she is blue in the face that it wasn’t the trade deals, but those jobs still won’t come back.

That is why Clinton’s dismissive remark was perhaps her biggest gaffe of the presidential election campaign so far, particularly when one takes a close look at the electoral map.  She could have at least acknowledged the losses and the possibility that the trade deals played a role.  Instead she dismissed the concern with hand waving akin to Marie Antoinette‘s “let them eat cake.”

The one thing Clinton cannot afford to lose are any more union households that traditionally vote Democrat in states like Ohio, Pennsylvania and Michigan – where there is real concern over the economic decline the U.S. is experiencing.

Again, not opinion. The economic slowdown is real.

Labor participation has steadily been declining since the late 1990s along with employment-to-population ratios for 16 to 64 year olds.  In other words after you segment out seniors who are retiring en masse, you’re still looking at millions of working age adults either leaving the labor force or not entering on a net basis.

Interest rates have collapsed; so has inflation.

Even with 2015’s increases factored in, the growth of incomes has been flat during the same time span.

Job creation has slowed down.

Everything is slowing down.

And this slowdown is having a real impact on American communities and families – particularly in the Rust Belt states Clinton needs to win.  It didn’t happen in a vacuum. Once vibrant towns are being hollowed out.  In the meantime, things have not really recovered after the financial crisis.

Trump and others have related the slowdown to the issues surround trade and globalization.  He discusses the broader costs of doing business in the U.S. including things that Republicans traditionally talk about, including high taxes, too much regulation, etc.  But Trump and his allies include things Republicans usually don’t like to talk about, including the taxes that foreign countries put on our goods (versus subsidies for their goods), currency devaluation and tariffs.  For businesses, those higher costs hurt either way, with higher relative costs here as opposed to abroad killing jobs and resulting in outsourcing.

Judging by Trump’s success during the primaries and the support he’s now picking up in states like Ohio and Pennsylvania (states he absolutely must win), the message appears to be resonating.   Trump is taking account of current events and problems, telling people how they fit into those events and offering a political program to deal with the problems.

Whoever wins the election, the ongoing economic slowdown and its impact on the American people represent the biggest challenges facing the new administration and Congress.  The longer it takes for a robust economic recovery to create jobs, the worse the politics will get on this, sad to say.

In the meantime, those politics definitely do not favor Clinton – especially if she cannot even acknowledge the problem.  That’s the buzzsaw she inadvertently walked into when she let Trump lure her out on trade and NAFTA.

Round one goes to Trump.