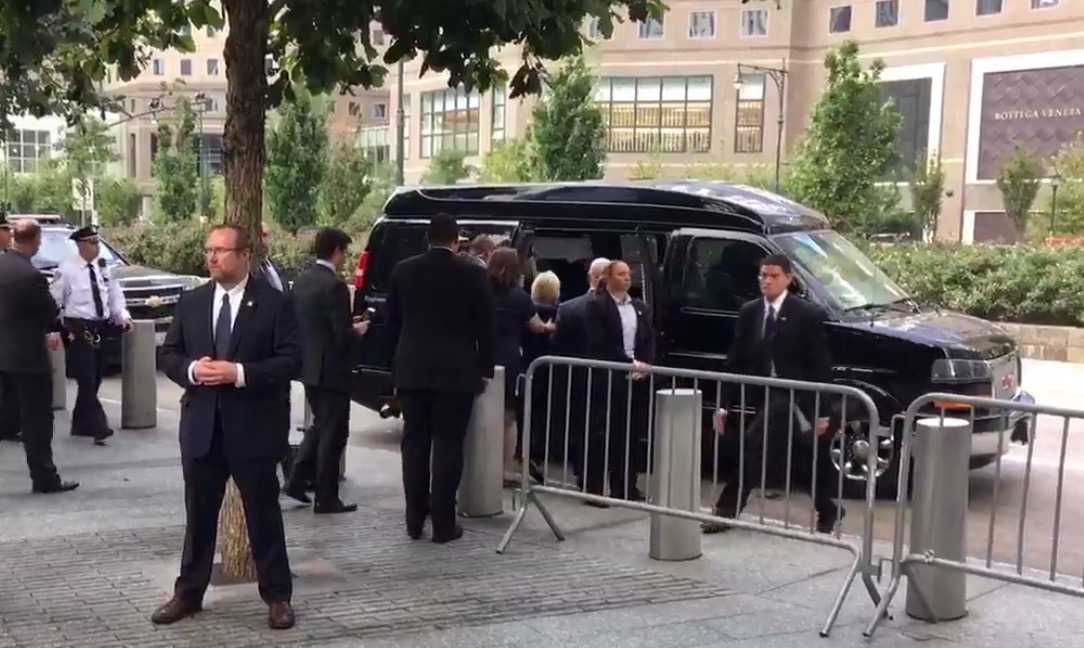 At the worst possible moment for her presidential campaign, Hillary Clinton‘s health problems were thrust back into the spotlight after video showed her collapsing in New York City following a visit to Ground Zero.

Even members of the left-leaning mainstream media – who have been in the tank for Clinton from the beginning of her candidacy – were forced to address the episode (and its potential impact on the upcoming election).

“Hillary Clinton’s health just became a real issue in the presidential campaign,” a headline in The Washington Post noted.

Clinton experienced what witnesses described as a “medical episode” after she was forced to leave a 9/11 commemoration event early. The 68-year-old’s staff claimed the candidate merely “overheated” (it was 79 degrees in New York at the time of the episode), but videos showed her collapsing en route to her motorcade, losing a shoe and having to be carried into a waiting van.

Law enforcement sources on the scene told Fox News that Clinton’s “knees buckled” as she “fainted” prior to being carried into the van.

She was “clearly having some type of medical episode,” one source told Fox’s Rick Leventhal.

Here’s a look at what happened …

Guys this is not heat exhaustion. I hope she's OK. This campaign may be over. pic.twitter.com/HQMSJpXdBD

Looking from another angle …

Reporters were prohibited from following Clinton as she was rushed to the nearby apartment of her daughter, Chelsea Clinton. In fact, according to Joey Millar of The (U.K.) Express, “journalists who attempted to follow her were barred from leaving the press area at the ceremony.”

Clinton’s health has been making headlines ever since a video of her allegedly having some sort of seizure went viral back in July.

The issue was widely discussed in conservative media outlets (you know, those baskets of deplorables) – yet dutifully ignored by the subservient mainstream press.

Not anymore. Clinton’s episode at Ground Zero will “catapult questions about her health from the ranks of conservative conspiracy theory to perhaps the central debate in the presidential race over the coming days,” noted the Post’s Chris Cillizza.

In other words this is exactly what Clinton didn’t need to have happen at a moment when the presidential race was already tightening.