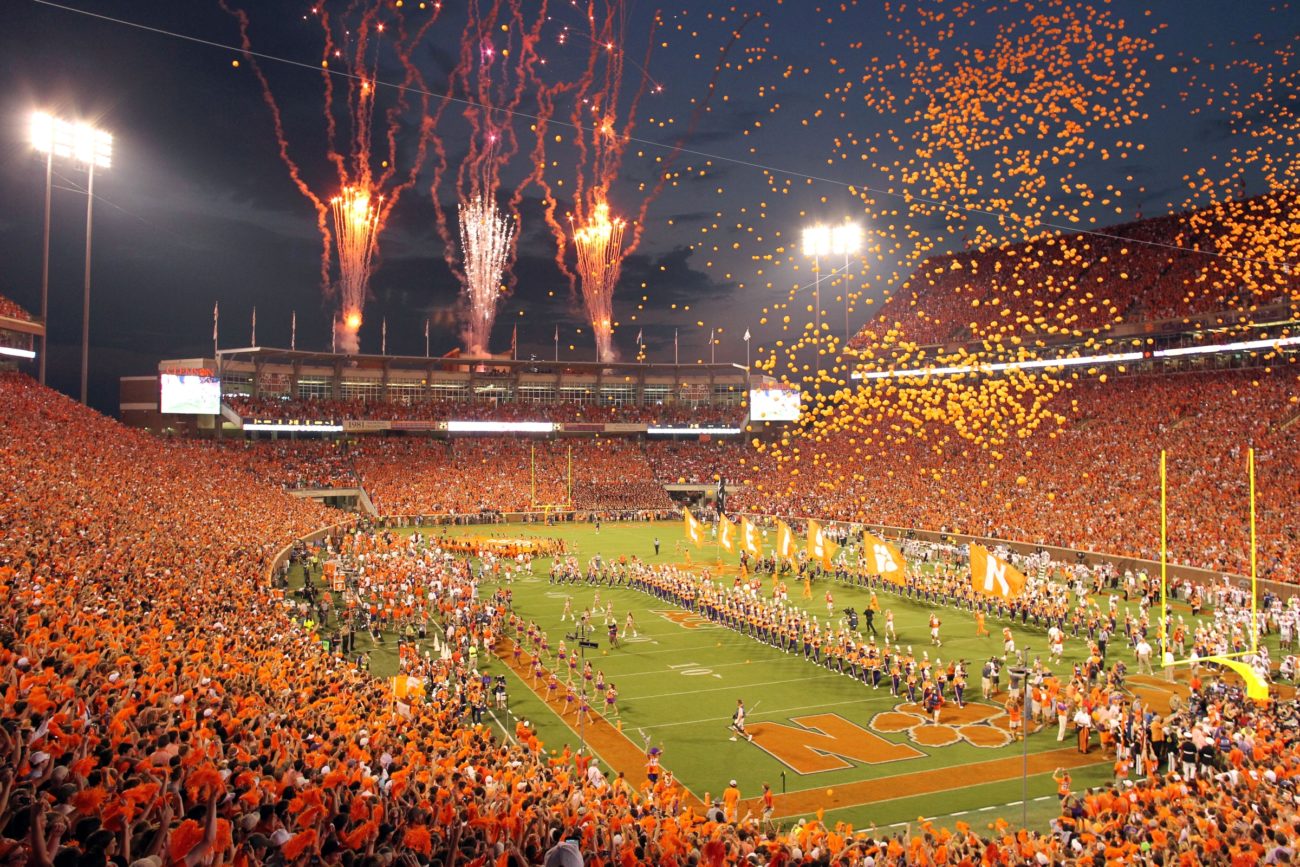 Despite failing to land these two marquee picks, Clemson’s recruiting has been nothing short of phenomenal in recent years – especially on the defensive side of the football.  After losing two of its defensive starters to the first round of the NFL draft last year, 2015 was supposed to be a rebuilding year for defensive coordinator Brent Venables.

With Venables’ defense leading the way, Clemson made it all the way to the national championship game.  And four of its star defenders from last year’s team (Shaq Lawson, Kevin Dodd, Mackensie Alexander and T.J. Green) were taken in the first two rounds of this year’s draft.

So is this the rebuilding year?  Don’t count on it.  Venables – the 2016 national recruiter of the year – has continued to reload (see here and here).

This weekend, though, all eyes were on Trevor Lawrence – a 6-foot-6, 190-pound pro-style quarterback from Cartersville, Georgia who is the runaway No. 1 recruit of the class of 2018.  Lawrence – who threw for 3,655 yards and 43 touchdowns as a sophomore at Cartersville High School – recently narrowed his collegiate choices to two: Georgia and Clemson.

Lawrence paid a visit to Georgia on Saturday, and on Sunday he was scheduled to pay another trip to Clemson (he was at Death Valley last October for the Tigers’ big win over Notre Dame).

Lawrence has said he wants to make his decision early – and enroll at the school of his choice early so that he can participate in spring practice (thus increasing the opportunity of earning playing time as a true freshman).

Which school currently has the edge? He’s not saying …

“They were both good visits,” Lawrence told Robert McRae of The Clemson Insider. “I really enjoyed both places.”

Will Clemson land him – and break its streak of “near misses” with regards to No. 1 picks?