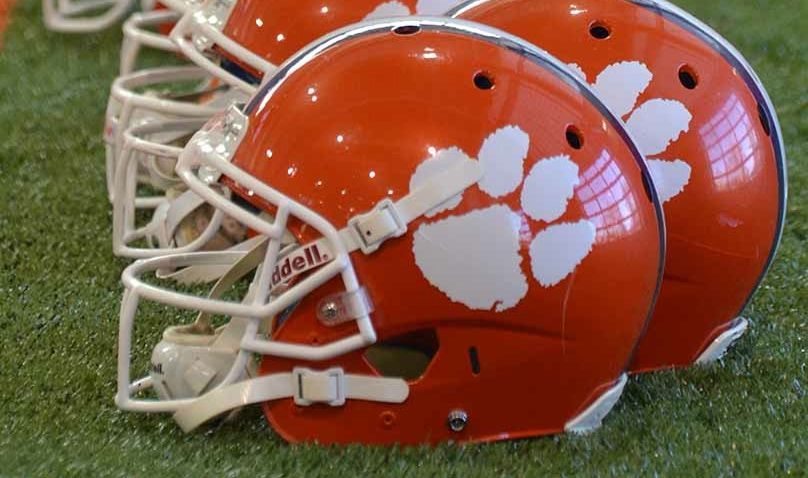 PRACTICE LEGEND? OR NEXT TIGERS’ MEGA-STAR?

Clemson University’s football program has just released its post-spring depth chart (.pdf here), and one name on the list stood out to us …

Don’t get us wrong … all those names stood out.

But we were especially interested in defensive end Clelin Ferrell.  This 6-foot-5, 255-pound redshirt freshman from Richmond, Virginia is currently listed as Clemson’s starting weak side defensive end.

Unfortunately, Ferrell missed his entire senior season in high school with a torn anterior cruciate ligament – sustained during a 2014 summer practice at Benedictine High School.  In 2015, he continued to rehabilitate while learning from the likes of Shaq Lawson and Kevin Dodd.

That remains to be seen, but Clemson’s spring camp has been buzzing with William Wallace-esque tales of Ferrell’s prowess.

“Ninety-nine is the best player on the field for us right now,” one top Tiger official told us after spring practice ended.

Wow.  That’s pretty lofty praise considering the prodigious talent level head coach Dabo Swinney and his staff have assembled in Tigertown (talent which led to the Tigers all the way to the national championship game last season).

“They speak of him in hushed tones right now because they don’t want the world to know the secret,” another Clemson source said of Ferrell.  “He’s not going to stay a secret for long.”

“He’s become a practice legend,” one Clemson football insider acknowledged.  “We will see if he brings it to the field.”

When Ferrell arrived at Clemson, he was benching 225 pounds just four times.  By January of this year, he had quadrupled his repetitions.  And while he didn’t have a huge spring game, Ferrell’s upside is obviously tremendous – even if his freshman campaign is more of a learning experience than a breakout.

Clemson has become a pipeline to the NFL for standout defensive linemen.

Is Clelin Ferrell the next mega-star?

“It’s The Most Wonderful Time … Of The Year”