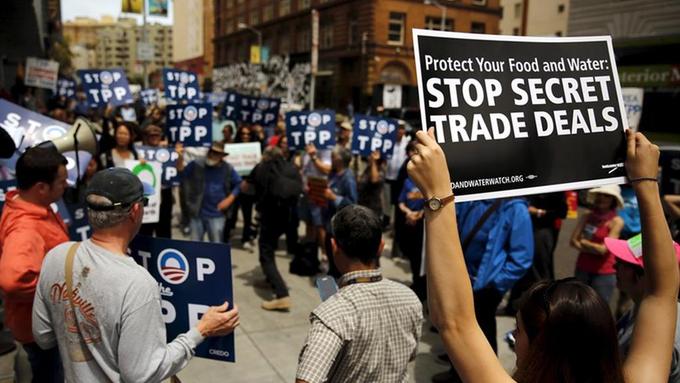 AMERICA ISN’T USING ITS INFLUENCE TO ADVANCE ITS IDEALS

|| By EMILY CONRAD || When you look at the tags inside your clothing, where do they say your clothes were manufactured?  Now here is a trickier question: If you are wearing cotton, where was that cotton grown?  Here are a few dirty secrets of the global supply chain: That cotton could have been grown in the former Soviet satellite of Uzbekistan, where public sector employees (professors, doctors, etc.) are coerced to pick cotton when the yearly quota is not met. It could have also been grown in Pakistan, where slave labor still picks cotton, or in India, where cotton farmers find themselves so indebted a so-called “suicide epidemic” has begun.

Needless to say, in our globalized world, almost everything we buy is tainted by one human rights abuse or another at some point in its manufacturing process – whether clothing, shoes, cell phones, or toys.  So  why should we as citizens care anything about human rights when our government makes trade agreements, such as the Trans-Pacific Partnership?  I pose the following answer: when our government is creating new trade policy, we should want to make sure that our power is used not only for our economic advantage, but also to shape the world into what we want it to be.

The Trans-Pacific Partnership (TPP) seems to have dominated news coverage recently, although it still remains a source of general bewilderment among most American citizens.  Why is President Barack Obama partnering with Republicans?  Why are liberal Democrats like Elizabeth Warren and Bernie Sanders lambasting Obama for the TPP?  When Donald Trump spoke at the SC Freedom Summit at the Greenville Peace Center last May, he spent a great amount of time talking badly about Mexico taking advantage of the United States through another infamous free trade agreement, NAFTA (North American Free Trade Agreement).

It seems as if parties and politicians are realigning and adopting different agendas when it comes to the TPP.  In the meantime, everyday citizens are waiting for the political confusion to settle down to make their own opinions.

The problem is that we don’t have that long to wait; TPP is on the “fast track” due to the Senate’s 60-37 vote which allows President Obama to finish negotiating details of the deal before sending it to Congress for final approval.  If enacted, TPP’s twelve member countries (USA, Korea, Japan, Brunei, Singapore, New Zealand, Malaysia, Vietnam, Chile, Mexico, Peru, and Canada) will account for 40 percent of the world’s GDP and one-third of world trade.  It is a significant partnership not only because of its sheer size, but also because this is the first American partnership attempting to incorporate countries at vastly different development stages.

Another (but often unspoken) reason is that America is attempting to reassert itself as a Pacific power.  In fact, some argue the whole point of the TPP is simply to send a message to China.

How will the TPP help us in the United States?  It depends who you ask.  There is no doubt some individuals and corporations will be able to take advantage of the changes contained in the deal, however the trickle-down effects of this trade agreement have yet to be determined. In fact, many industries have been anxiously biting their nails to see if their domestic firms can continue surviving in the midst of the influx of East Asian cheap labor. (The textile industry, particularly in South Carolina, is waiting to hear whether there will be a “yarn forward” rule, meaning that yarn used in duty-free garments must only come from the USA or another TPP partner).

The TPP is also viewed by many as a missed opportunity to make a difference when it comes to human rights.  Many readers will certainly recognize several of the countries in the TPP as human rights violators.  The Sultan of Brunei, a tiny oil-rich Asian country on the island of Borneo, announced in 2014 that he was going to call for widespread implementation of conservative sharia law – including the execution of homosexuals and stoning of women who commit adultery.  While there was widespread anger following initial boycotts of the Sultan’s US-based hotels and restaurants, the fervent anger has subsided with time and now the country’s inclusion in the TPP is hardly a source of controversy.  Vietnam, our mortal enemy less than 50 years ago, is often criticized for its strict communist government, repressing freedoms of expression and religion.  Vietnam is even considered by many to have an even worse human rights record than Burma/Myanmar.  But it remains part of the TPP as well – to little or no outrage.

Human rights violations have recently come to the forefront of the TPP dialogue as it relates to Malaysia: a country the size of New Mexico located in Southeast Asia, equally divided between continental Asia and the island of Borneo.  A majority of Malaysia’s population is Muslim (estimated at 61.3 percent), yet the country still has a great deal of ethnic diversity with over 130 languages spoken and 25 percent of the population referring to themselves as ethnic Chinese.  It also has a terrible record on human rights – being listed as “Tier 3” (the lowest possible ranking) in the State Department’s annual human trafficking Report.

In an attempt to create a legislative roadblock, Senator Bob Menendez (D-NJ) included a provision that free trade agreements can only be created with countries with better records on human rights. In response to this, President Obama has decided to reclassify Malaysia as Tier 2.  This political maneuvering with a situation as sensitive as human trafficking disgusted many people and revealed the dark side of this trade bill, in which politics trumps what is best for the people (a characteristic that can be extrapolated and applied to many pieces of our government’s legislation).

Regardless of your personal opinions on human rights and free trade, one fact remains: Our elected officials need to think carefully about the role America should be playing in the international sphere.  Our country can continue to make the world safer and more prosperous for us all with the right political foresight and initiative.

Where Are All The Hurricanes?