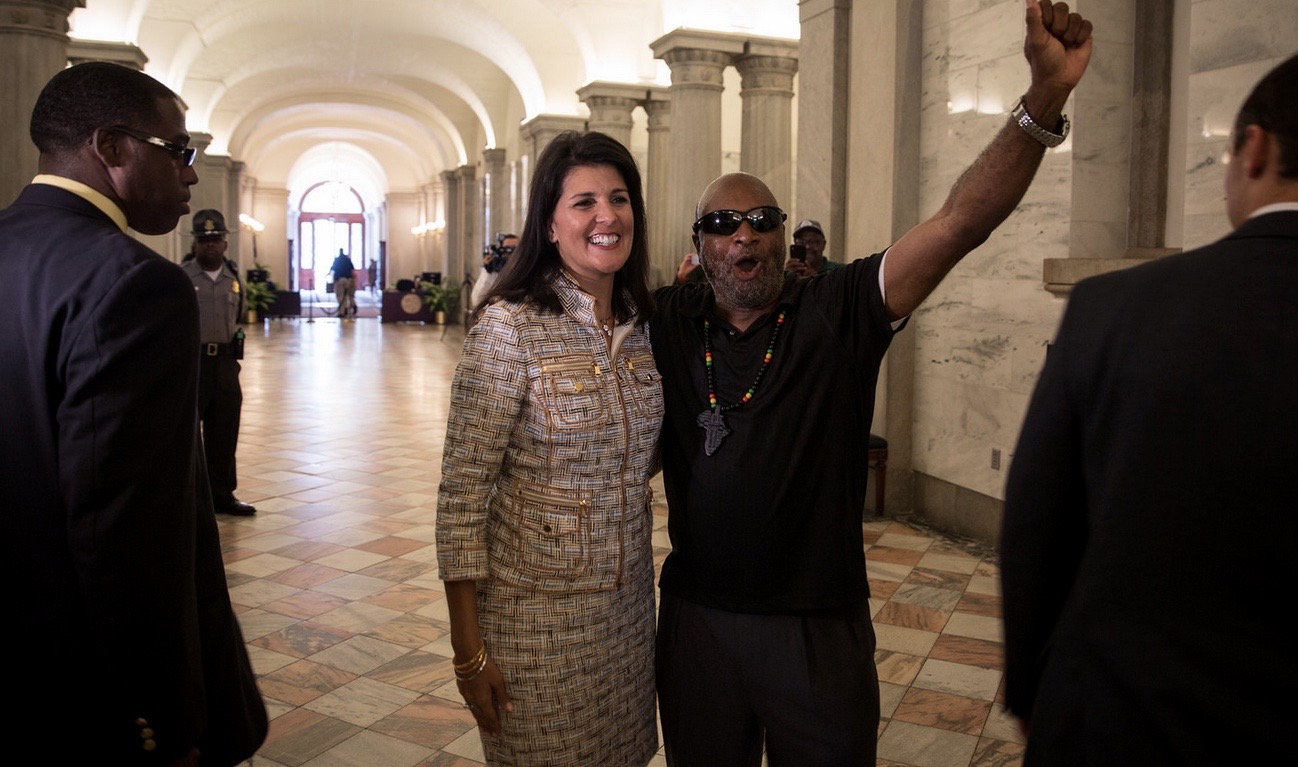 SOUTH CAROLINA GOVERNOR HEADS BACK TO THE BELTWAY …

S.C. governor Nikki Haley‘s national star is fading fast … and for that matter, so is her influence back home.

As a result, campaign events for Beltway-backed, status quo candidates in the state of Virginia appear to be the only gigs she’s able to get these days.

For those of you unhip to commonwealth politics, Bobbie Kilberg is a former “Republican” candidate for lieutenant governor of Virginia.

The last we heard of her (back in 2013) she was withholding support from conservative GOP gubernatorial nominee Ken Cuccinelli because she felt he wouldn’t be good for the state’s “business climate.”

Kilberg wanted a GOP candidate who “ran in the middle” and “governed the middle,” according to Bloomberg.

Of course sources in Virginia tell us Kilberg’s real reason for opposing Cuccinelli was his strident pro-life position.

Whatever the reason, thanks to liberal “Republicans” like Kilberg sitting on their hands, Cuccinelli narrowly lost his race to Democrat Terry McAuliffe.

Every bit as interesting as the host of this fundraiser (.pdf) is the candidate it intends to benefit: U.S. Rep. Barbara Comstock.

Comstock currently represents Virginia’s tenth congressional district (which runs along the state’s northern border with Maryland and West Virginia).  According to Conservative Review, she has one of the worst “Liberty Scores” of any member of the GOP delegation – a 23 percent “F” grade.  In fact, her scorecard reveals that she voted for the liberal position 69 percent of the time.

Believe it or not, that’s worse that uber-liberal U.S. Senator Lindsey Graham – who scored a 33 percent on the Conservative Review scorecard after voting with liberals 67 percent of the time.

Is this really the kind of “Republican” Haley wants to support?

Sadly, yes.  But we knew that already, didn’t we? Haley talks the conservative talk, but her headlining of this event is further evidence that she doesn’t walk the conservative walk (see here, here, here or here for other examples).

“So Nimrata is at the home of the biggest baby killer in the GOP raising funds for the most liberal woman in the caucus,” one national conservative operative mused.  “I guess she feels right at home.”

Haley burst on the Palmetto political scene in 2010 as a Tea Partier fed up with the good ol’ boys in the GOP establishment.  The moment she won the “Republican” nomination that year, though, she began tacking to the “mushy middle” of the state’s political spectrum.

Her march in that leftward direction has proceeded unimpeded ever since …

Of course what’s most interesting about Haley’s headlining of this event isn’t necessarily the glimpse it gives of her true ideological moorings … it’s the comparatively low profile of the event itself.

Haley was planning on being a vice presidential frontrunner and major national draw at this point in her political evolution.

Romano: GOP Education On A “Free And Open Internet”