All eyes are on the South Carolina Supreme Court this summer as it considers (albeit belatedly) what is being billed as a landmark decision over prosecutorial authority.

We wrote in detail a week ago about the status of this case, but it ultimately boils down to a simple question: Is the Palmetto State’s attorney general the only person who can convene the statewide grand jury?

Scandal-scarred attorney general Alan Wilson believes he is exclusively entrusted with this authority.  Meanwhile S.C. first circuit solicitor David Pascoe believes he – and other solicitors – can impanel a statewide grand jury in the event Wilson designates them to handle particular cases.

We believe the law is clearly on Pascoe’s side.  As is the evidence.

We’ve also called on the court to rule quickly in this case seeing as it involves allegations of public corruption against sitting members of the S.C. General Assembly.

“Every day the justices delay their decision, public faith in the integrity of the process evaporates further,” we wrote nearly two months ago.  “That’s wrong no matter where you live … but it is especially unfortunate in South Carolina, a state where the transgressions of those in power are routinely ignored or whitewashed.”

Here’s the thing, though: When you strip all the prosecutorial punching and counterpunching away, it doesn’t matter what the Supreme Court decides. 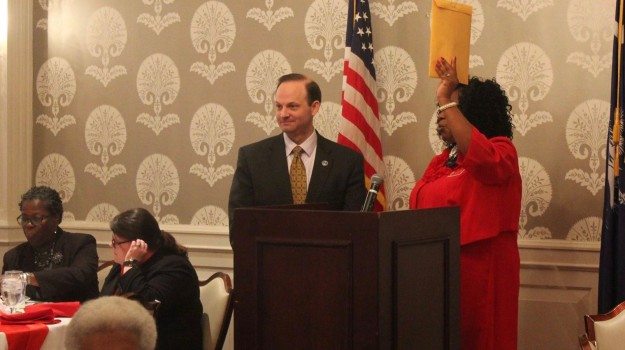 The case currently being debated by the court is exclusively about who has the authority to convene the grand jury – not whether one should be convened.

Let’s assume for the moment Wilson is correct – that he is the only one who is statutorily empowered to move this investigation forward.

Why should that distinction matter?  After all, the head of the S.C. State Law Enforcement Division (SLED), the presiding circuit court judge and the prosector Wilson appointed to handle this part of the public corruption case all agreed that a grand jury should be impaneled.

So … what is the attorney general waiting for?

Why is he fighting so hard to preserve a power he clearly has no intention of exercising?

After blocking the empaneling of a grand jury in late March, Wilson fired Pascoe that same week and attempted to replace him with a different prosecutor (one who declined to take the job).  His office then clumsy attempted to politicize the case – while Wilson angrily (and baselessly) attacked Pascoe’s integrity.

To date, Wilson has offered absolutely no evidence to support his contention that Pascoe is “tainted.”  There’s also no record of Wilson filing a formal complaint against Pascoe outlining specific grievances.  Furthermore, at last week’s much-anticipated court hearing the attorney arguing the case for Wilson made no mention of any alleged foul play on the part of Pascoe.

As we’ve said from the beginning of this process, we believe Wilson is acting in the interests of influential “Republican” neo-Confederate consultant Richard Quinn.  Both Quinn and his son, S.C. Rep. Rick Quinn, were mentioned in redacted sections of a 2013 S.C. State Law Enforcement Division (SLED) investigative report into State House corruption.

Many believe this report served as the basis for the ongoing investigation.

Others believe Wilson is simply angry that Pascoe is once again in line to receive the credit for bringing down a powerful politician.

Remember, Pascoe stood in Wilson’s shoes and successfully prosecuted former S.C. Speaker of the House Bobby Harrell – resulting in the powerful politician stepping down from his lofty office and pleading guilty to six ethics charges.

Wilson clearly had no problem with that prosecution – perhaps because Harrell’s fall from grace elevated several of his cronies to more influential positions in the S.C. General Assembly.

But we’re also told by sources in Wilson’s office that he was jealous of the credit Pascoe received for bringing down Harrell.

Here’s the thing, though: The broader anti-corruption case here isn’t about prosecutorial authority.  Or political allegiances.  Or elected officials receiving credit for doing the job taxpayers pay them to do.

Wilson is trying to make it about all of these things, but that’s not what it is about.

At its heart, this case is about whether those who make the laws in South Carolina are above those laws – i.e. accountable only to themselves.  So far, the history of the Palmetto State has consistently demonstrated that they are.

Ultimately, though, the outcome of this case doesn’t (or shouldn’t) revolve around the S.C. Supreme Court’s decision.

It boils down to prosecutors either doing their job … or not.